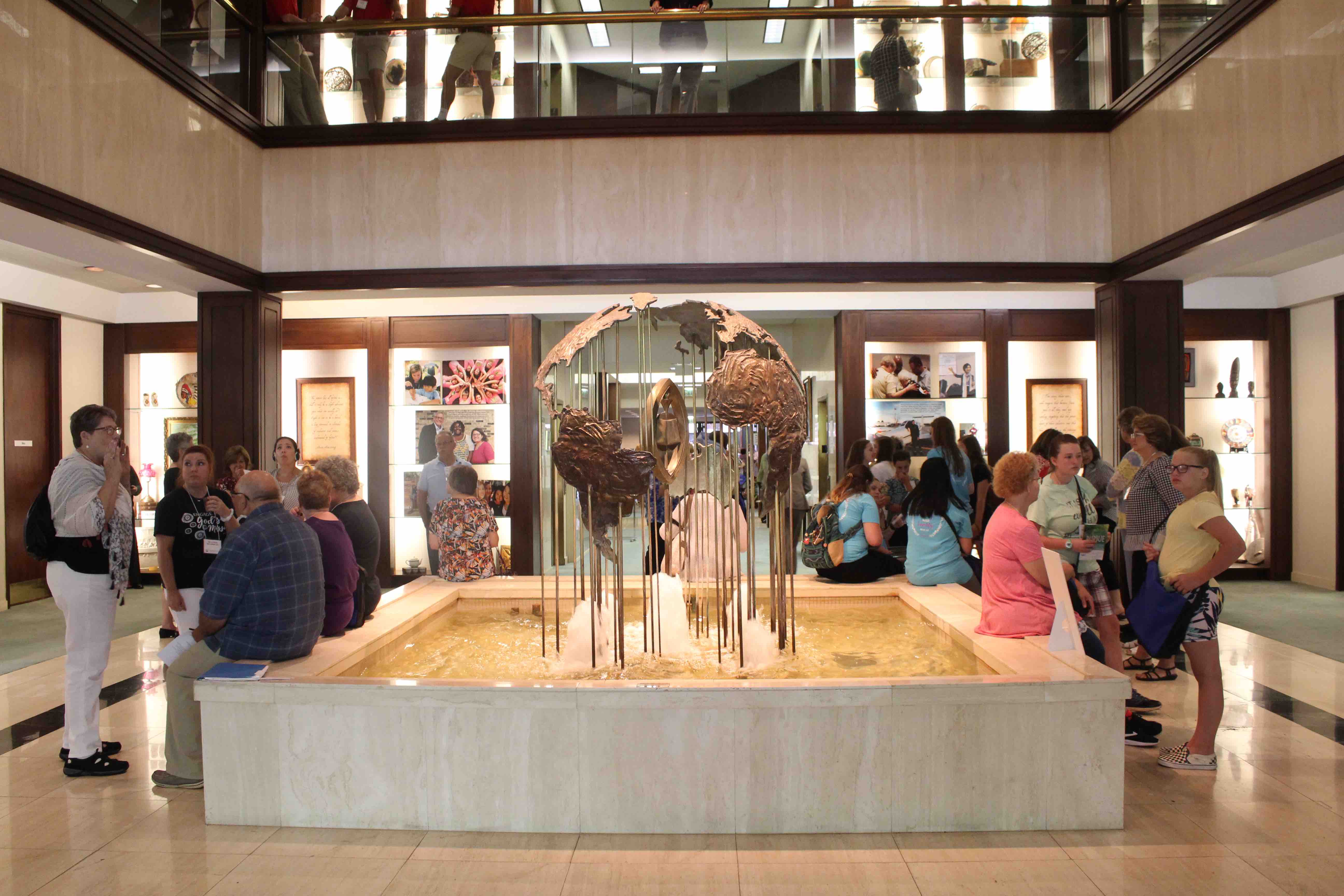 Hundreds gathered at the headquarters of Woman’s Missionary Union (WMU) June 10 for a journey through missions past and present. Displays throughout the building told the story of Baptist mission pioneers Annie Armstrong and Lottie Moon, and more recent WMU legends like Alma Hunt, whose admonition to Billy Graham about a much-needed haircut was the first of several artifacts revealed during the day.

Next to the historical displays, modern missionaries shared their stories of working among people persecuted for their faith, families battling poverty, and refugees trying to find a home. The day offered 131 missions projects and activities—a celebration of WMU’s 131 years of calling Baptists to get the gospel to people all over the world. 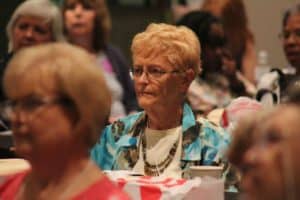 It’s been a couple of years since Becky Arnett (right) attended the annual WMU missions celebration prior to the Southern Baptist Convention. The missions leader from First Baptist Church, McLeansboro, has missed hearing from missionaries, calling it a “missions drought.”

“I can’t even eat lunch,” Arnett said, referring to her program where she had circled the names of missionaries she wanted to hear. She ate lunch with fellow Illinoisans while Nik and Ruth 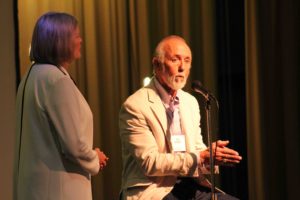 Ripken (left) shared about their years of mission service with the International Mission Board. The Ripkens were also keynote speakers during the first day of WMU’s annual meeting.

The people they’ve worked with over the years, Nik Ripken said, are persecuted for two reasons: coming to faith in Christ, and giving Jesus away. Persecuted people, Ruth said, see persecution as part of their role in God’s mission.

“The thing that they say to us is ‘We are holding Satan hostage in our part of the world so that those in America can be free to share their faith with others.’

“They’re seeing us totally as a partnership,” she said, “and I hope we can say to them, ‘We’re sharing our faith boldly.’”