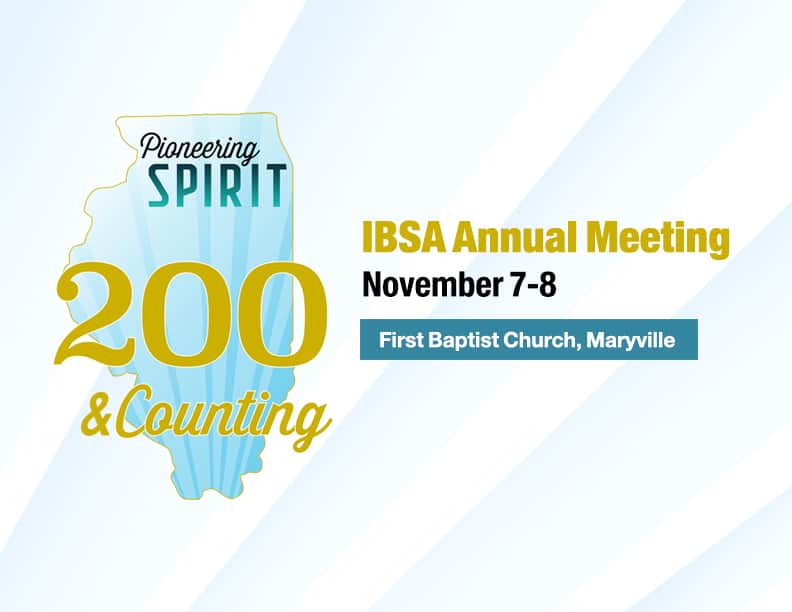 Settlers arriving in the Illinois territory in the early 1800s didn’t know what to make of what they found. History tells us many of them moved north from areas that were heavily wooded. They trusted land that could support so many trees. The Illinois prairie offered no such reassurance.

“The prairies posed a new set of problems for farmers,” writes historian Pamela Riney-Kehrberg. “Below the land’s surface were tough, fibrous roots of tall prairie grasses, extending downward a foot or more. A simple wooden plow could hardly penetrate the surface.”

The pioneers made do by settling mostly in the southern part of the state, where ready access to water and trees made constructing their homes and farms more feasible. Some, though, eventually headed north, and found a way to work the hard prairie soil. It was richer than they thought, historians say. They just needed different tools. Steel, instead of wood.

Industrial pioneers John Deere and Cyrus McCormick developed tools for farming the prairie lands. And Illinois boomed. Its statehood population in 1818 was 35,000. By 1830, it had grown to 157,000, and would triple over the next decade. Still, tending the land was expensive. Families sacrificed much, Riney-Kehrberg notes, to run even a modest farm.

Two hundred years later, the challenges of tilling the soil in Illinois are different. But they still exist, especially in spiritual terms. More than 8 million people in Illinois do not know Christ. Many churches are struggling against the cultural tide to see real transformation in their communities.

“I have often said that even though Illinois is the second flattest state in America, being Baptist here is an uphill climb,” said IBSA Executive Director Nate Adams. “Baptists have always been somewhat counter-cultural and a minority in Illinois, but that used to be because larger groups of people from different religious cultures had settled the state.

“Now it’s because the culture overall has become less and less religious, and arguably more hardened to the gospel message.”

“The widespread and growing lostness of our state compels us to think in new ways. Maybe old ways,” said Van Kicklighter, IBSA’s associate executive director for the Church Planting Team. “The pioneers of Illinois and parts west came to those territories knowing that if they didn’t bring the gospel with them, it just would not be present. We need that same kind of spirit and thinking today.”

‘Time to do something’
After the 2017 IBSA Annual Meeting, David Starr led his church to tackle all four of the Pioneering Spirit challenges. His congregation, Community Southern Baptist Church in Clay City, is employing these new tools to make a difference in Illinois, especially in places where there is no IBSA church.

Starr approached Joe Lawson, director of missions for Louisville Baptist Association, about starting an association-wide prayer emphasis for the 10 counties in Illinois without an IBSA church. Community Southern, which averages around 70 in worship attendance, was assigned Carroll County in northwest Illinois. They started praying. Then, they took action.

“There’s a time to pray, and there’s a time to do something,” Starr said. He spoke with IBSA staff in Springfield and leaders in northwest Illinois, planning a mission trip that would be focused on assessing needs in the region. In July, Starr and his wife and another couple from their church traveled more than 300 miles along a diagonal line from Clay City to Savanna, Ill.

During their trip, they met with a church planter in Galena for a Monday night Bible study. Then, they knocked on doors. Starr said the small team visited 70% of the homes in the focus area, and found 21 people or families who wanted to commit themselves to seeing a Southern Baptist church planted there.

The team also saw physical need in Carroll County. The region has lost jobs in two big industries—railroad and lumber. There’s poverty and hunger. A woman who the team encountered ran into them later at a local store. “Don’t forget us,” she said.

Starr’s team went back home to Clay City, but they’ve continued to pray. There’s a map on the church bulletin board showing the streets they visited, and printed prayer reminders for the congregation.

Along with the challenge to go new places with the gospel, Community Southern is keeping up with the other Pioneering Spirit commitments. They increased missions giving through the Cooperative Program, are working to enlist new leaders, and celebrated one baptism on One GRAND Sunday, a statewide baptism emphasis in April.

“Here is a pastor and church that captured the pioneering spirit,” Kicklighter said. “They heard about a place where there was a compelling need, and they decided to do something about it.

“We need lots of Illinois Baptist churches with this kind of passion and willingness—a pioneering spirit.”

Starr said he’s never seen anything like it in his years of ministry. His church is investing willingly in other people and places. Like Illinois’ early settlers, they’re tilling the hard soil, and using less familiar tools to do so.