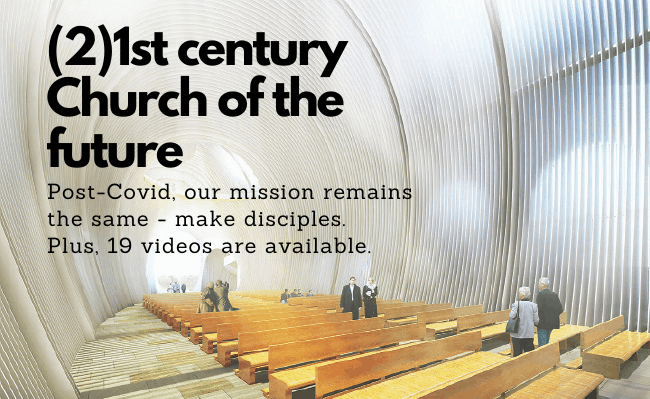 “You probably don’t have as many people in your church building as you did a year ago.”

Speaking at the Illinois Leadership Summit Jan. 19-20, Dave Rhodes acknowledged one of the lingering effects of the COVID-19 pandemic, and a chief cause for pastoral anxiety. After months of stalled ministries and intermittent shutdowns, leaders might feel the church is in jeopardy, said Rhodes, a leadership consultant and pastor in Atlanta. But the future of the church was never dependent on churches getting bigger, he said. 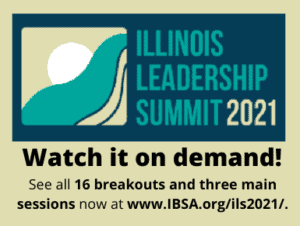 Over two days at the multi-site summit, Rhodes called pastors and church leaders to a renewed vision of discipleship, one that will carry the church into its post-COVID future. Rhodes is chief training officer for Denominee, an organization IBSA is partnering with to develop long-term vision and strategies for state convention work. Along with his sessions, Illinois pastors led 16 breakout sessions organized into four tracks: Shepherding, Discipleship, Mobilization, and Overseer. Breakouts focused on relaunching missions efforts, effective preaching and teaching in a post-COVID world, “soul care” for a scattered church, and reimagining the future church.

The summit was broadcast online and at 17 regional satellite locations—a delivery system designed to allow more participants to attend while allowing for social distancing. It arrived in a season in which many IBSA churches have resumed in-person worship services, but are still dealing with the fallout of a highly challenging 2020. Q&A times in the breakout sessions gave IBSA leaders a chance to hear from each other.

“To see that they are worrying about the same things as me, it’s encouraging,” said Rob Brogdon, pastor of Emmanuel Baptist in Roodhouse, who attended the summit at Lincoln Avenue Baptist Church in Jacksonville. “I’m not alone.”

The message of the gospel can never change, said Marshall Baptist Church pastor Paul Cooper. But the methods of the gospel must. Cooper’s breakout session at the summit focused on adapting to a new normal by adjusting our usual metrics of success.

“Often the methods that helped your church reach people in the past end up becoming the very obstacles that keep your church from reaching people today,” Cooper said. He encouraged leaders to embrace the current opportunity for change.

“Church will never be the exact way it was,” Cooper said. “But it can be better. It can be a lot better, if we’re willing to shed off those things that weren’t working and focus those things that are going to help us reach people for Christ.”

Too many churchgoers are stuck in what Rhodes calls the “lower room,” he explained in his first session at the summit. It’s focused on programs and personalities, and the fact that so many people are stuck there was compounded by COVID-related shutdowns of regular church programs. Standing next to his sketch of a two-story house, Rhodes described an “upper room” that is focused on purpose. The future of the church, he said, is built on creating a staircase between the two.

“Our primary problem in the world today as people who are leading the church is that too often we are faking disciples instead of making disciples,” he said. “We become slaves to the ‘functional’ Great Commission: Go into the world and make more worship attenders, baptizing them in the name of small groups and teaching them to volunteer one or two hours a month.”

To shepherd their people to the upper room, Rhodes said, leaders must “move the finish line” from regular assimilation patterns like small group attendance and volunteer service, to participation in the ultimate purpose of the church—making more disciples.

“If you go out of here feeling good, it’s because someone was thinking what you couldn’t put into words,” said Bill Haas at the summit. The pastor of Athensville Baptist Church attended the sessions at Lincoln Avenue in Jacksonville.

“He (Dave Rhodes) made me think,” Haas said. “I loved the graphs, and I could project a little bit more into it as it applies to my life.”

Rob Gallion participated in the summit at Western Oaks Baptist Church in Springfield, another satellite location available for viewers. The church he pastors, First Baptist in Petersburg, had been moving toward new strategies in leadership development when COVID hit. They had started a weekly men’s group and were building momentum before the pandemic forced a shutdown of most church activities.

“I like the idea of the movement,” Gallion said during a summit break. “Not just bringing people in to be participants, but thinking more about how we train these guys to really become leaders who within a year or so will be able to lead their own group.”

That movement toward multiplication is crucial, Rhodes said. Jesus desires believers to make their ultimate contribution to the world by living life as true disciples, and making more disciples. “The future of the church was Jesus’ investment in the upper room.”

All 16 breakouts and three sessions of the Illinois Leadership Summit are available for viewing on demand at www.IBSA.org/ils2021/.