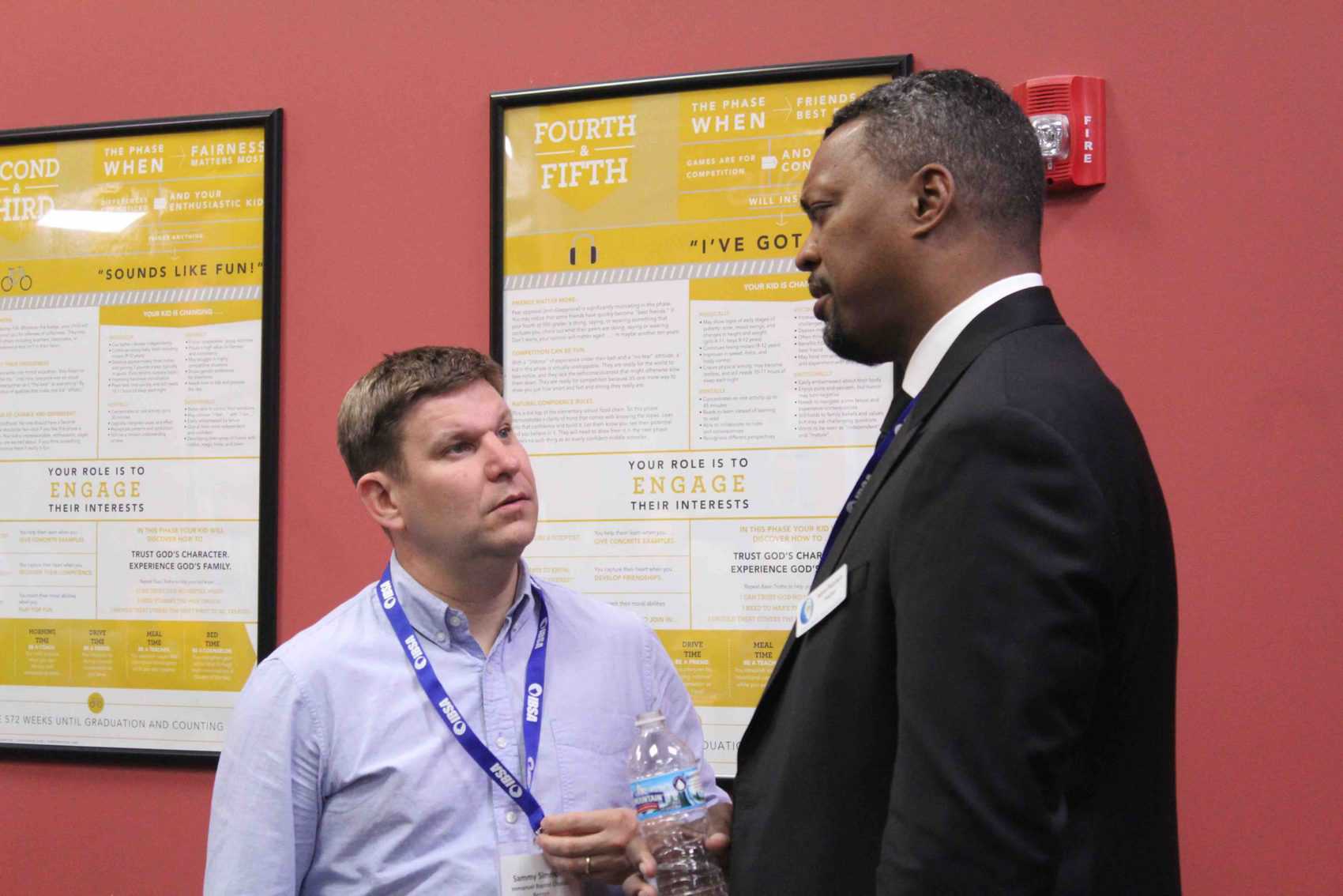 Adron Robinson concluded his term as IBSA President with his usual aplomb and a firm tapping of the gavel to close the 2019 Annual Meeting.  In that moment, we were reminded of his contributions to the leadership of the Illinois Baptist State Association and to the Southern Baptist Convention in the four years he has served as IBSA Vice President, then President.

So, here’s to you, Dr. Robinson, for skillfully guiding the annual meetings, both with humor and with grace. We remember how you donned the stove pipe hat and talked with the Abraham Lincoln impersonator in 2018, as we observed the 200th birthday of Illinois statehood. And we acknowledge gratefully this year your report on actions by the SBC and IBSA to encourage our churches to prevent sexual abuse and to minister in its wake. We didn’t know when you were elected that you would also represent Illinois on the Executive Committee, or how that assignment would place you at the center of the action as Convention leaders faced their greatest challenge in recent memory—to address abuse in the #metoo era, while respecting Southern Baptist polity and local church autonomy.

We also didn’t know you would be selected by your fellow trustees on the Executive Committee to serve on the search team formed after the sad departure of Frank Page as President and CEO of the SBC’s guiding and coordinating panel. In that role, you and the team unanimously agreed on Ronnie Floyd as God’s man for the challenge of leading the SBC in those 363 days per year when the Convention itself is not in session. We appreciate that.

And we must express our gratitude to your wife, Veronica, and your church, Hillcrest Baptist in Country Club Hills, for supporting your work, even when it required many trips to Springfield and Nashville and considerable time away from your ministry in the Chicago suburbs. Their sacrifice was a blessing to Illinois Baptists.

As we saw the photo of you standing in the exhibit hall at Cornerstone Church in Marion, alongside incoming IBSA President Sammy Simmons, we were reminded called to pray for our new leadership team. Simmons is a proven leader as pastor of Immanuel Baptist Church in Benton. He is presently serving as a trustee for the North American Mission Board. And he will be making a lot of trips to Springfield.

We wish the best to both of you.