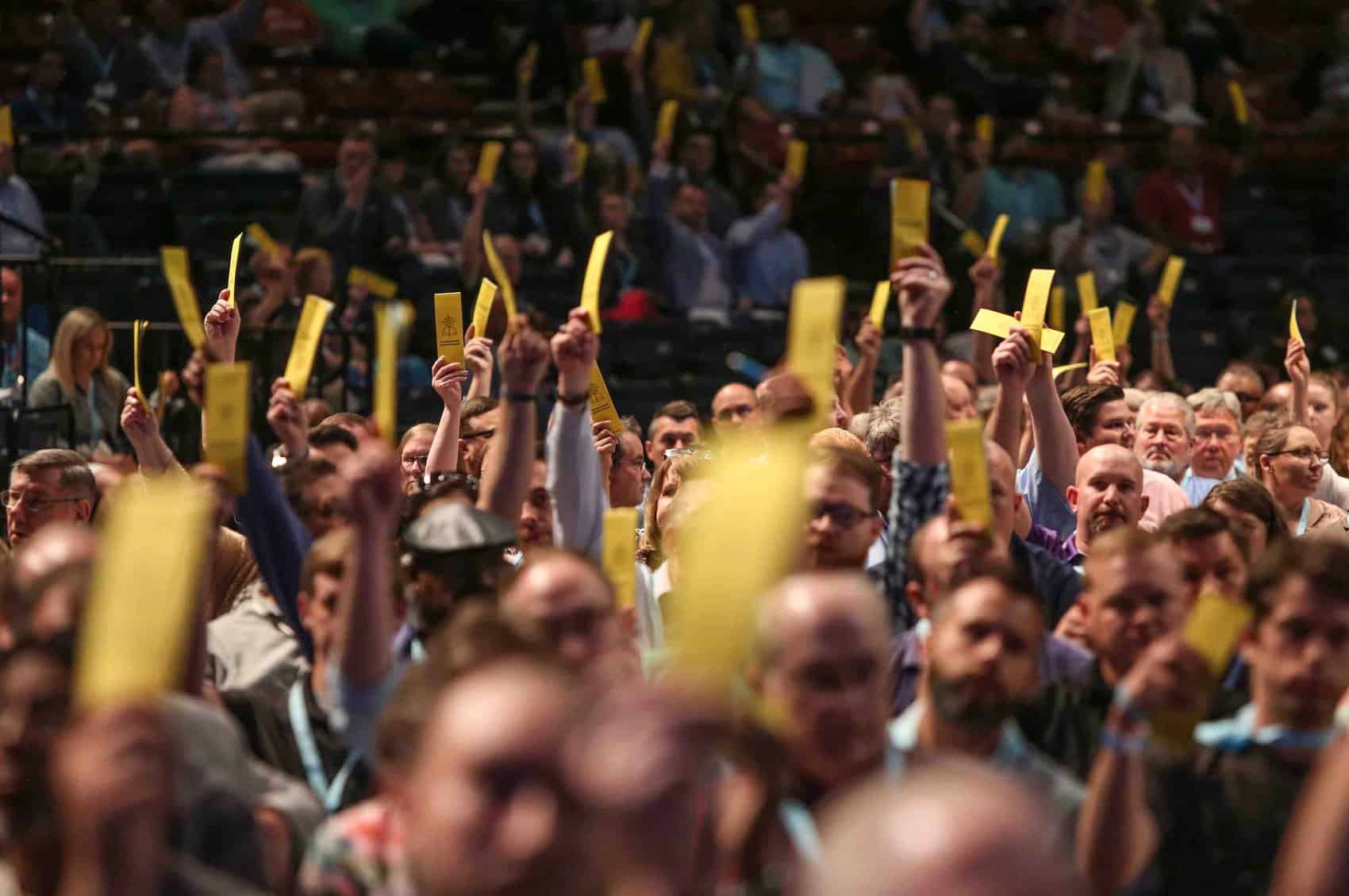 The most discussed resolution at the Southern Baptist Convention in June centered on two theories many Baptists likely weren’t familiar with before the meeting. Resolution 9, the subject of so much debate that it eventually got its own hashtag on Twitter, focuses on critical race theory and intersectionality.

Both frameworks have their roots in Marxism, Southern Seminary President Albert Mohler said after the annual meeting, and are closely linked to moral relativism and liberal politics in America. Critical race theory and intersectionality also have given rise to “identity politics,” Mohler said, used to justify action or belief based solely on race, gender, or other identifying factors.

The 2019 Resolutions Committee, which included IBSA President and Chicagoland pastor Adron Robinson, acknowledged that both critical race theory and intersectionality have been appropriated by people with worldviews contrary to Christianity and “alone are insufficient to diagnose and redress the root causes of the social ills that they identify, which result from sin.”

The resolution goes on to affirm Scripture as the ultimate authority to redress social ills, and recommends that critical race theory and intersectionality “should only be employed as analytical tools subordinate to Scripture—not as transcendent ideological frameworks.”

Resolution 9 originally was submitted to the committee by California pastor Stephen Feinstein. The committee is free to decline submitted resolutions, and they considered doing that with what eventually became Resolution 9, chairman Curtis Woods told the Illinois Baptist, “but we appreciated the heart of Pastor Feinstein to protect the gospel from unbiblical assumptions and conclusions that are often associated with CRT/I as a worldview.

“We share that heart,” Woods said of the committee. “In our revisions, we affirm sufficiency of Scripture for addressing social ills and the gospel for creating true and lasting transformation in people’s lives. We distinguished between a more narrow view of analysis and a more expansive worldview, so that we can condemn absolutizing CRT/I as worldview and yet not condemn all possible insights that may be gleaned.”

The complexity of the issues at hand didn’t dampen conversation about the resolution in Birmingham. The committee’s report was near the end of the two-day meeting, less than two hours before the scheduled adjournment. But messenger after messenger (Southern Baptist terminology for voters) went to microphones to ask questions and discuss many of the 13 resolutions, including Resolution 9. So much so that the committee’s report required two time extensions.

The resolution continued to spark debate after messengers approved it, with Baptist leaders taking both sides of the argument. Some agreed with the committee’s position that the resolution affirms the authority of Scripture while allowing there can be takeaways from theories that aren’t based in Christianity.

Others, like Mohler, warned against divorcing an analytical tool from the worldview on which it’s based. Both critical race theory and intersectionality can be deployed as such, Mohler said during the June 14 episode of his podcast, The Briefing.

More resolutions
Baptists meeting in Birmingham discussed and adopted 13 resolutions on a variety of topics, including:

Sexuality and Personal Identity
“WHEREAS, Many in our culture assume the satisfaction of sexual desire is indispensable to human wholeness and flourishing, which leads some to affirm fallen sexual desires as a defining mark of personal identity…be it RESOLVED, That we call on Southern Baptist churches to call sinners to repentance while ministering, encouraging, fostering hospitality, and extending Christlike love toward those brothers and sisters who experience same-sex attraction.”

Promotion of a ‘Cooperative Culture’ in the SBC
“WHEREAS, In recent years, we have observed a growing tension and culture of tribalism in our Convention over social, cultural, political, and, at times, secondary doctrinal points of disagreement, which has resulted in divisive words and actions that grieve the Holy Spirit (Ephesians 4:30)…be it RESOLVED, That we commit to creating a cooperative culture that recognizes and advances the gifts of all Southern Baptists…”

Gospel Allegiance and Political Engagement
“WHEREAS, The Southern Baptist Convention is comprised of a multitude of churches with diverse memberships, representing an array of political affiliations and showing due respect for political choice…be it RESOLVED, That we acknowledge the danger of political engagement overwhelming the priority of our mission; and be it further RESOLVED, That we acknowledge the opposite danger of disengaging from public issues and disregarding our obligation as citizens to encourage good, restrain evil, and thereby love our neighbors.”

Find the full text of the resolutions excerpted above and additional measures adopted in Birmingham at sbc.net/resolutions.