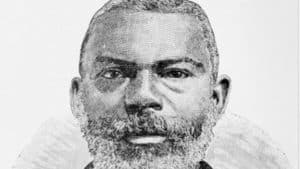 Pastor Marshal Ausberry uses a basketball analogy to describe the late missionary George Liele: triple threat. The evangelist, missionary, and church planter also ministered under extremely different circumstances, Ausberry said. “If George Liele had a basketball jersey I think we would all be wearing it. He rightfully stands along with the missionary giants (Adonirum) Judson and (William) Carey.”

The Southern Baptist Convention Executive Committee voted to approve the first Sunday in February as the annual George Liele Church Planting, Evangelism, and Missions Day. The addition names the International Mission Board as a resourcer and supporter of the annual observance, which would begin in 2021.

Ausberry leads the SBC National African American Fellowship of some 4,000 pastors, who in 2019 renamed their annual banquet after Liele, a former enslaved man whose earthly owners recognized his spiritual gifts. The 2020 George Liele/NAAF Mission Support Banquet is set for June 8 at 6:30 p.m. in Orlando in advance of the SBC annual meeting.

“In one sense, he was set free that he could set others free from the bondage and penalty of sin,” Ausberry, senior pastor of Antioch Baptist Church in Fairfax Station, Va., told Baptist Press. “My hope is that all Southern Baptist churches will share about the life and mission work of George Liele to inspire current and future generations to spread the gospel around the world. George Liele’s life shows that despite adverse circumstances God can still use us in a mighty way.”

Liele is increasingly recognized among Southern Baptists for his pioneering missions. The SBC formally recognized Liele’s efforts in a resolution at its 2012 annual meeting in New Orleans, celebrating him as the first overseas missionary from the U.S., noting that historiography has not always reflected the contribution of African American Baptists.

In his paper titled “Who’s on First: Liele or Carey? Assessing the Implications of the Father of Modern Missions,” Duesing advocated for what he calls a “symphonious approach for assessing the modern missions movement.” Duesing, MBTS academic provost and associate professor of historical theology, advocated referencing Liele as the first Baptist missionary and the first American missionary, while also considering Carey the father of modern missions as a movement.