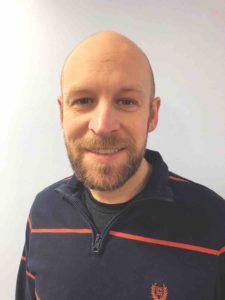 You know God’s in the middle of something when your church experiences both its lowest year of attendance and highest year of giving at the same time. This was our experience in 2020, and the realization caused me to take stock of how he brought us here. Truly, I believe God is the great provider for the church, doing that work most often through the obedience of his people. Not an obedience of emergency, but of discipleship and partnership revealed in an unexpected moment.

In my home church, tithing was taught as a rigid requirement for all believers. While I believed giving was important, parting with 10% of my income as a college student seemed like an impossible standard. When I did manage to tithe, I rarely felt any joy or worship in the effort. Even as I later settled into a place of consistent tithing, it usually felt like a “have to” instead of a “get to” moment for God.

Fast forward to my early days as a pastor when I began to wrestle with a fuller understanding of giving from Paul’s letters to the churches. I’d previously been moved by statements that God wanted the law written on our hearts (Romans 2:15) and that physical circumcision never compared to heart circumcision (Romans 2:29). Then a fresh reading of 2 Corinthians 9:6-7 revealed to me the heart aspect of giving I had been missing.

“…whoever sows sparingly will reap sparingly, and whoever sows generously will reap generously. Each of you should give what you have decided in your heart to give, not reluctantly or under compulsion, for God loves a cheerful giver.”

For years I had given with cheerless compulsion, and I resolved to avoid that mistake in the congregation God would give me. Giving cannot be about instant demands. When we demand a percentage based on Old Testament law, we lead people by judgment instead of joy in their giving.

I realized that just as we patiently grow disciples in their reading of God’s word and prayer, so must generosity be treated as a spiritual discipline for people to grow into. Isn’t 1% with the heart better than 10% without it?

When I arrived at First Baptist Church Machesney Park, giving had been significantly below budget for years. Convinced that a balanced budget was necessary, we entered a season of salary freezes and budget cuts until we finally accomplished it. We also began to see new attenders during this time, many of whom were unchurched or had been out of church for years.

Some long-term members wondered why this influx of new people didn’t translate into higher giving. I responded that instant demands were not going to be more effective than steady discipleship. One mentor challenged me that if I wanted to see rapid progress in my church, I had to teach the tithe as a membership standard. I politely declined the advice, again stressing the need for discipleship.

As our budget came into balance, God also provided me with vital insight through the Auxano church consultants on the discipleship and partnership of giving. Their four-step path to disciple members as investors and not just attenders was the language I had been seeking.

1. Potential Giver: Teach that everyone can and should give something to support their church.

2. Priority Giver: Lead the giver to commit that no financial distraction will interrupt their giving potential.

3. Proportional Giver: Help them move from random generosity to strategic giving, perhaps even a tithe.

It would have been easy for our membership to divest through this season of Covid. Instead, they showed a tremendous care for the staff and ministry of their church. A time of great testing has produced a great testimony of people who decided in their hearts to live as disciples and partners for the sake of the church.