Carmi | After a year-long search for a new leader for Baptist Children’s Home and Family Services, the Board of Trustees elected a man with deep Illinois roots as Executive Director. Kevin Carrothers is well known to Illinois Baptists as a pastor, Associational Mission Strategist, and leader in the state association. He’s also a lawyer.

“There are significant cultural challenges facing children and family ministries today,” Carrothers said. “If we seize this moment, we can bring gospel light into spiritual darkness. The opportunity to serve Illinois Baptists by leading BCHFS to carry out the mission of providing Christ centered care, hope, and services excites me.”

Carrothers was elected in a special meeting Nov. 28, and assumes the position January 1, 2023. He has served as Associational Mission Strategist for Salem South Baptist Association since 2017. Before that he served as pastor of Rochester First Baptist Church (2009-2017) and Nine Mile Baptist Church (1999-2009). Before his call to full-time ministry, Carrothers was a lawyer practicing in Pinckneyville. 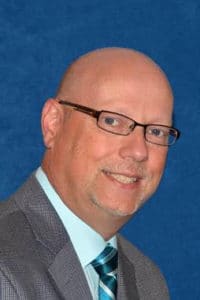 Carrothers succeeds Denny Hydrick who concluded five years with BCHFS in November 2021. In the interim, Hydrick’s predecessor, Doug Devore, returned as interim executive director. At the IBSA Annual Meeting in early November, Devore described a challenging year for BCHFS including a depressed economy that has affected giving, difficulty filling some staff positions, the search for a new executive director, and other hardships.

The President of the BCHFS Board, Rebecca Whittington, was pleased to announce the hiring of Carrothers. “I am thankful for God sending BCHFS a leader like Elijah during this important time in our culture to fulfill our commitment to assist with dignity the pregnant mothers, unborn babies, needy children, and adoptive families whose lives BCHFS touches.”

In his report, Devore pointed to the work of GraceHaven Pregnancy Resource Clinic in Mt. Vernon as one of the current highlights in the multi-faceted ministry that originated with an orphanage in far Southern Illinois in 1918. In a challenging season, Devore said, “I can also tell you God is still at work. Women are choosing life for their unborn children because of our work at GraceHaven Crisis Pregnancy Resource Clinic” and “relationships are being restored and individuals are finding healing through our counseling centers.”

Carrothers sees as one priority the encouragement of alternatives to abortion in this a new era when Illinois is being advertised as a destination for the deadly procedure. “January will mark the first Sanctity of Life Sunday since the Supreme Court’s decision to overturn Roe v. Wade,” he said. “For Illinois Baptists, we see the continued expansion of the abortion industry in our state.

“As followers of Christ, we have a God given opportunity to demonstrate the value of human life at every stage,” Carrothers said. “I believe that the church and ministries such as BCHFS can shine the light of good works that offers hope and life and ultimately gives glory to God the Father.”

Carrothers comes to the position with a deep appreciation for BCHFS. “As a child at FBC Cutler, I was introduced to BCHFS through the Mother’s Day offering. As a pastor of IBSA churches, the ministry of BCHFS was always an important part of our missions budget. After coming to Salem South Baptist Association, I have had more interactions with the ministries of BCHFS and have been able to serve on site with those ministries,” Carrothers said.

“I have confidence that, with Carrothers’ experienced leadership and his close relationship with God,” Whittington said, “we at BCHFS can expand the depth and breadth of our ministry’s impact to those who are broken, touching lives and moving the ministry forward within God’s dynamic plans for BCHFS for the next one hundred years of service.”

In addition to his work as a lawyer and more than two decades in pastoral ministry, Carrothers has volunteered his services to the larger Baptist 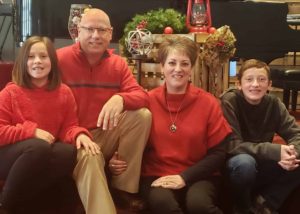 family. He served two years as IBSA President (2015-2017) following two years as Vice President, and terms on the Nominating Committee and more recently on the Committee on Committees.

Carrothers served as Board Chair for the Baptist Foundation of Illinois among other leadership positions. He has served several roles on the administrative team of the Southern Baptist Conference Associational Leaders, including chair, and is currently the Illinois State Coordinator for SBCAL. Carrothers is a trustee for Gateway Seminary, where he earned a Doctor of Ministry degree.

“Kevin is a long-time friend and experienced partner who recently served IBSA well for two years as its President,” IBSA Executive Director Nate Adams said. “I look forward to working with him in this new capacity and I am confident he will lead the ministries of the Baptist Children’s Home and Family Services well in the days ahead.”

Carrothers taught social studies at Trico Sr. High School in Campbell Hill, while working as a lawyer and pastor. Today he volunteers at Summerville Grade School in Mt. Vernon and is a coach at the Jefferson County YMCA.

A native of Illinois, Carrothers holds degrees from Missouri Baptist University, Southern Illinois University School of Law, and Gateway Seminary. He has been married to Jennifer for 22 years. They have two children.