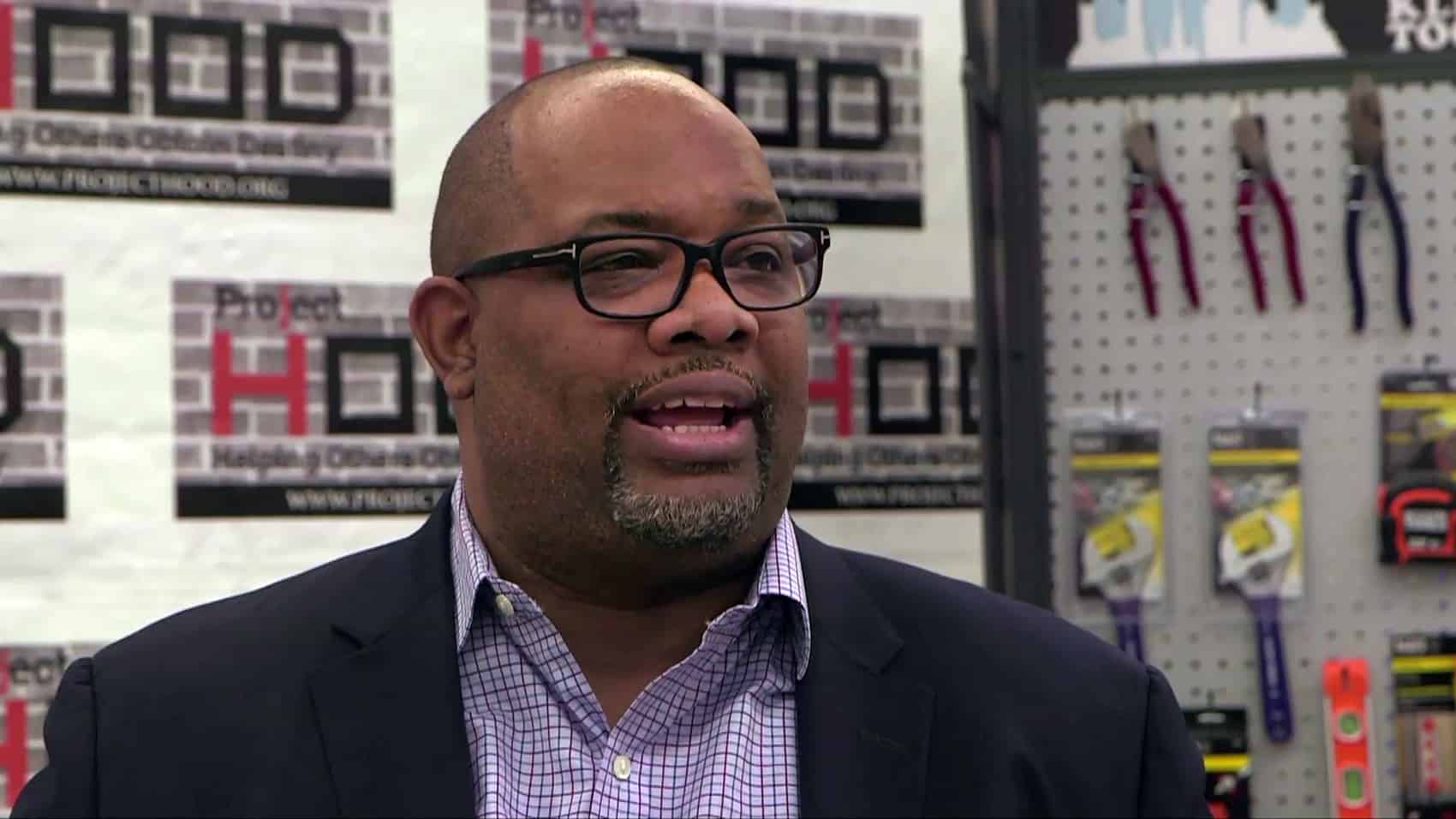 Corey Brooks plans to clean up Chicago, one neighborhood at a time, and he started in one of the worst: Woodlawn.

Creative thinking led to some notoriety for the Southern Baptist pastor, but it’s his innate acceptance of all people—the poor, the better-off, gang members and released felons—that has garnered Brooks a multi-faceted ministry.

“It was ingrained in me by my mom to be considerate and compassionate about the people around me,” Brooks said.

A seasoned Indiana pastor by 2000, Brooks wanted to make a change.

“My wife and friends and I decided to start a church that was conservative, creative, with a high respect for the inerrancy of Scripture,” he said. “We were going to minister to those who needed Christ the most, in Chicago.”

Six years after the new church started, New Beginnings of Chicago bought a building the size they’d been praying for, with space for worship and ministry: a former skating rink and bowling alley in Woodlawn, one of the city’s most violent areas.

“Our church started growing real fast,” Brooks said. “We were sharing the gospel, working hard, but not making the difference in the community we needed to make.”

Part of the problem was the gone-to-seed hotel across the street, in what was a decaying commercial district surrounded by a sea of decaying high-rise housing blocks. After weeks of protests from the church and community, the hotel’s owners finally closed it down, but prostitutes, drug dealers, and gang leaders found ways of infiltrating the property.

A concerted effort by the church and others in the community to clean up the area seemed to have no effect, so about 5 a.m. one chilly November morning in 2011, Brooks propped a commercial ladder on the building and climbed to the top, hauling a tent, sleeping bag, and his Bible.

He was going to stay on the roof until donors came up with $450,000 to pay for the building and another $100,000 to demolish it, he announced. The local news media spread the word nationwide, but he was on that roof 94 “freezing cold, wet, lonely” days before Hollywood producer Tyler Perry gave the final $98,000.

That was Brooks’ second “15 minutes of fame.” Earlier that fall of 2011, Carlton Archer died as a result of gangland violence. He was 16 and a member of New Beginnings Church of Chicago though he lived in another neighborhood.

Hundreds of youth from several gangs and enough law enforcement to quell any violence attended Archer’s funeral. As Brooks wrapped up the sermon, he felt the Holy Spirit tell him to “ask for the guns,” the pastor said, and when he did so, four were turned in, including one left under a pew.

“It was at that moment I made a vow to God that I was going to fight as hard as I possibly could to change the neighborhood and to help people change their lives,” Brooks said. News media picked up on the story of the gunshot “church kid” and the number present at his funeral.

Then came the news reports of Brooks being on the roof of the building he wanted torn down. Five months after his time on the roof, Brooks set off from Times Square in New York City to walk with two of his sons to Los Angeles to raise $14 million for the construction of a 94,000-square-foot building on the bare land where the hotel had stood.

Brooks and his sons walked (to more news coverage) all but about 800 summer-hot miles across west Texas, New Mexico, and Arizona in four months and raised about $500,000.

Since then Brooks and New Beginnings of Chicago have been raising the rest of the money to build and furnish the community center so it can take its place rebuilding the community one family at a time; rebuilding Chicago one neighborhood at a time; and eventually, (by others catching the vision for their own town) rebuilding America one city at a time.

Brooks said he wants to redeem his community from poverty and hopelessness to entrepreneurism and hope – hope undergirded by God’s unconditional love and acceptance.

“Project H.O.O.D.” – Helping Others Obtain Destiny – is the name of the non-profit Brooks founded in 2011.

“In our community one of the reasons we have so much crime is a lack of opportunity and lack of businesses,” Brooks said. “We’ll also have a trauma center to help people deal with what they’ve gone through. A lot of kids have had friends and family members killed, and they’ve never dealt with the trauma.”

Eighty percent of Woodlawn adults are single parents, the pastor said. The community center will minister in various ways to them and their children. Its counseling will promote adoption over abortion. There will be facilities for sports, fitness, music, and the arts.

About $4 million has already come in for the community center construction from donors large and small, including the owner of the Chicago Cubs baseball team. A man from Wyoming, a friend of the Cubs owner, has pledged to double all donations, up to $100,000, that come in during March.

Ministry—starting with food—takes place continually in the church and in the community. Also on the menu: love, caring, acceptance, wise counsel, and more.

“One of the things I’ve seen God do over the last 10 years is constantly sending us guys who had been incarcerated a lot of years, and giving us a chance to share the gospel, mentor them, and help them transform their lives, getting them established,” Brooks said. “That’s been one of the most blessed things I’ve witnessed.”

James Highsmith, who spent 20 years in prison, is director of the violence impact team. Jeff Boyd, who was incarcerated 30 years, deals with re-entry, helping men find homes, get a job and receive mentoring and counseling. Carolyn Freeman, whose brother was one gang’s king, works with women, getting young girls off the streets and helping women released from prison transform their lives.

“It takes lots of prayer,” Brooks said. “I would not be able to survive living in Chicago, in the community, in the work I do, without prayer.”

By Karen Willoughby for Baptist Press