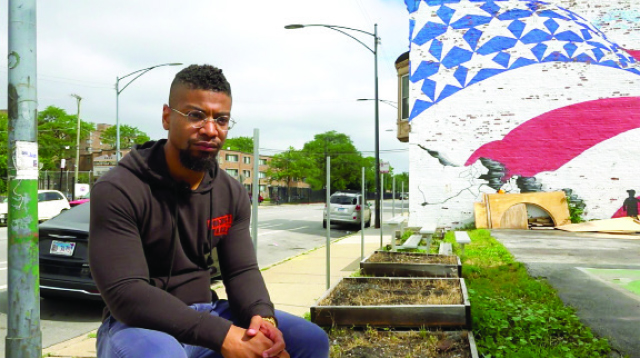 “I know everybody in that community,” Grooms said. “I knew three out of the five that were shot. It happened in the wee hours of the morning, and my phone was blowing up around 2:30 that morning.”

At least 10 people were shot dead and 62 injured across Chicago during the July fourth weekend. But the Chicago shootings, were lost in the shadow of the July Fourth mass shooting in Highland Park, a suburb 30 miles north.

Grooms doesn’t downplay the Highland Park tragedy, but encourages Americans and particularly fellow Southern Baptists to treat Chicago’s violence with as much disdain shown the violence in Highland Park.

“I want them to imagine that their son or daughter that they have brought up and tried their best to steer in the right direction goes out and doesn’t come home. When you view it in that manner, you tend to help.”

The relative silence over the shootings in Chicago reflects, for Grooms, the lack of workers available to reap the plentiful harvest Jesus speaks of in Scripture.

“The harvest is always in areas where people don’t want to work,” Grooms said. “I see the marginalized of our society as harvest. I don’t see them as waste…. I see a gangbanger as a harvest. I see someone who is on the low end of the totem pole economically as a harvest.

“I believe that there are treasures that are trapped, as the Scripture says, in earthen vessels,” Grooms said. “And it is my job to do whatever I can to make sure that they realize that treasure in them. But in order for me to get to the treasure, because it’s in an earthen vessel, I got to get past their dirt.…I live by that principle.”

Grooms laments having normalized crime in the area himself until he had to bury a young church member who died from gun violence that was gang-related.

“I had gotten to the place where (I said) this is normal, and I should never have been that way. But I got there,” he said. “But this one hit different because this one was extremely close to me. It was almost like the first time I lost somebody over again.

“There are nights where I can’t sleep. There are times my wife (Quinn) and I will sit down and talk because she’s concerned about losing people that way. There are times when I’m like, Lord, is what I’m doing even working?”

Brooks has raised $18 million toward a $35 million fundraising campaign to build a community center aimed at deterring crime and encouraging success.

Brooks brought attention to the city’s rising crime by spending 100 nights on a rooftop inviting people to visit and discuss ideas, solutions, and opportunities to curb gun violence. Later he returned to the roof.

“Violence is like cancer: You can see it spreading,” Brooks said. “When you don’t deal with the violence, when you don’t handle it as you should, it continues to escalate not only here but in Memphis, St. Louis, New Orleans, San Francisco.…You have to intervene in people’s lives before they start down a pathway toward destruction.”

Grooms encourages Southern Baptists not only to pray but also to conduct and support similar ministries to deter gun violence.

Every church has an opportunity to minister to underserved communities that are near them or within driving distance.