Regaining consciousness after attackers left him for dead in his house church in eastern India, Pastor Basant Kumar Paul proclaimed he no longer fears persecution and is certain of his heavenly home.

“My physical body might be weak, but my spirit is very strong, it will not break with persecution,” Morning Star News quoted Paul Nov. 22. “They tried to kill me twice, I was almost dead, but I still did not die. I will not die until the Lord calls me back home. This assurance drives away all my fears.”

Paul is among an estimated 65 million Christians facing increased persecution in India, a nation of 1.4 billion. Persecution is spiking under extreme rightwing Hindu nationalism encouraged by the Bharatiya Janata Party (BJP), according to reports from across the Asian nation.

Open Doors USA reports that millions of Christians across the globe experience high levels of persecution for their faith. The watchdog group publishes a World Watch List in January of the top 50 countries for Christian persecution. The countries on the 2019 list represent 245 million Christians.

Open Doors reports 4,136 Christians in the 50 countries were killed for faith-related reasons—an average of 11 people per day. Additionally, more than 2,600 Christians were detained without trial, arrested, sentenced, and imprisoned, and more than 1,200 churches or Christian buildings were attacked.

In India—10th on the World Watch List—new security measures issued as recently as Nov. 6 make it “nearly impossible” for Christian congregations to meet in some places, Morning Star reported.

“The view of the nationalists is that to be Indian is to be Hindu, so any other faith—including Christianity—is considered non-Indian,” Open Doors said. “Additionally, in some regions of the country, converts to Christianity from Hinduism experience extreme persecution, discrimination, and violence.”

India is the world’s second most populous country. The first, China, is ranked 27th on this year’s World Watch List. Christians aren’t the only religious group persecuted in the country. Around one million Muslims reportedly are being held in Chinese internment camps designed to make them loyal members of the Communist Party.

Risking everything
At the IBSA Annual Meeting in November, missionaries Cody and Ava shared about the “people without peace” whom they serve in a place where more than 99% of the population identify as Muslim. “We desire to see a church planting movement among these people without peace,” the missionaries said, using assumed names to protect their identity and their witness in the country.

Where they serve, Cody said, there are barriers to the gospel, and penalties for people who become Christians. Ava is going to school to be a midwife. She asked Illinois Baptists to pray for open doors to share the gospel with women in their country.

Their reward is being able to walk with the people they serve, Cody said. “God rewards obedience.”

In India, Pastor Paul and other family members are being investigated for holding church services in his home where about 35 gather for worship, Morning Star reported. Paul’s is the only Christian family in his village, but others come from as far as 12 miles away to worship in his home.

In the attack on his family, eight extremists entered his home and beat Paul until they thought he was dead, beating his family members as each tried to help. Among injuries, attackers broke Paul’s son’s leg and hit his mother and brother in the head with axes, Paul said.

The pastor said he would have been scared to face such persecution in the early years of his faith. “I have faced so much opposition from my own family, my clan, and from the [Hindu extremist group] Rashtriya Swayamsevak Sangh, where I was deeply involved as a teacher before I came to Christ, that I have become immune to persecution now,” he told Morning Star. “I am not scared of persecution anymore.” 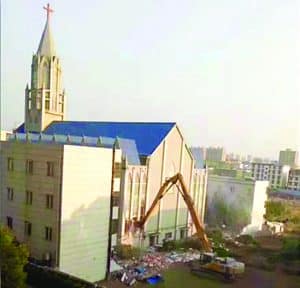 Police arrived at a megachurch in the eastern province of Anhui Oct. 18 and demolished the church (left) before members and leaders could save any property or belongings, ChinaAid reported. Days later, police detained the church’s pastors, Geng Yimin and Sun Yongyao, on suspicion of “gathering a crowd to disturb social order,” ChinaAid said.

At the church, which holds 3,000 people, members kneeled and begged officials not to destroy the church, or to at least let them retrieve their property. ChinaAid has reported three additional church demolitions since the one in Anhui.

“This is yet another clear example showing the escalation of religious persecution today by the Chinese Communist regime,” ChinaAid President Bob Fu said in a press release. “The total disregard of religious freedom’s protection as enshrined in the Communist Party’s own Constitution tells the whole world President Xi [Jinping] is determined to continue his war against the peaceful Christian faithful. This campaign will surely fail in the end.”

Fourteen people were killed and several more injured when gunmen opened fire during a worship service Dec. 1. President Roch Marc Christian Kabore condemned “the barbaric attack” on the church in Hantoukoura. Christianity Today reports Islamic extremists have been active in Burkina Faso since 2015, recently striking in the eastern region of the country.

An attack on an Assemblies of God congregation in April was considered the first church attack in a surge of Islamist violence, CT reported last spring. The shooting in the northern town of Silgadji left six people dead, including the church’s pastor.

-From Baptist Press reports, with reporting from the Illinois Baptist, Christianity Today, and Pew Forum

Question: We’re a couple of weeks into the Coronavirus pandemic, without much sign of this “new normal” letting up for a while. Can you give me spiritual advice for this long-haul journey? Answer: I am writing this to myself as much as I’m writing it to you. It’s understandable we may be anxious or uncertain […] 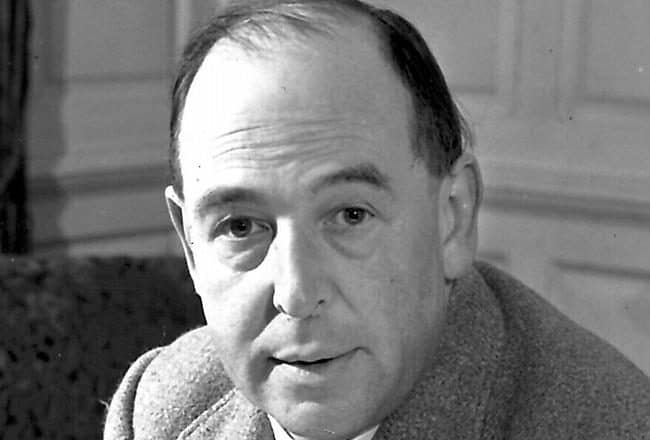 The popular theologian and author of the Chronicles of Narnia, C. S. Lewis, lived through WW2 and the Cold War that followed, but somehow he responded to the threats of his age with faith. Matt Smethurst of The Gospel Coalition posted a Lewis essay recently, and suggested we substitute “COVID-19” for “atomic bomb” to gain […]

Don’t shake hands with others. Wash your own hands, frequently and for at least 20 seconds. Practice social distancing. Stay away from most people, but especially people who seem sick. Avoid large public gatherings. Don’t travel. In fact, stay home if you can. Oh, and please don’t touch your face. That last instruction is especially […]

IBSA mission trips scheduled through Aug. 31, 2020, are canceled due to the Coronavirus pandemic. But IBSA’s mobilization director said despite the cancellations, God may provide new opportunities to share the gospel across Illinois. “Missional leaders in Illinois desire to be responsive to what God is doing in the midst of the pandemic,” Brad Lovin […]

Illinois Baptist Disaster Relief (IBDR) teams donated their unused personal protective equipment to medical workers around the state joining efforts to defeat the COVID- 19 pandemic that has brought most of the world to a halt. The total numbers of N-95 masks, Tyvek suits, and Nitrile gloves donated by IBDR as of March 25, 2020 […]

One weekend every month, leaders at Vale Church move a mobile baptistry into the lobby of the church’s Bloomington building. “Baptism weekend,” held the fourth weekend of most months, is a time of church-wide celebration, said adult ministries pastor Nolan Recker. “Personal is powerful,” Recker said, and the church’s baptism weekends highlight personal stories of […]