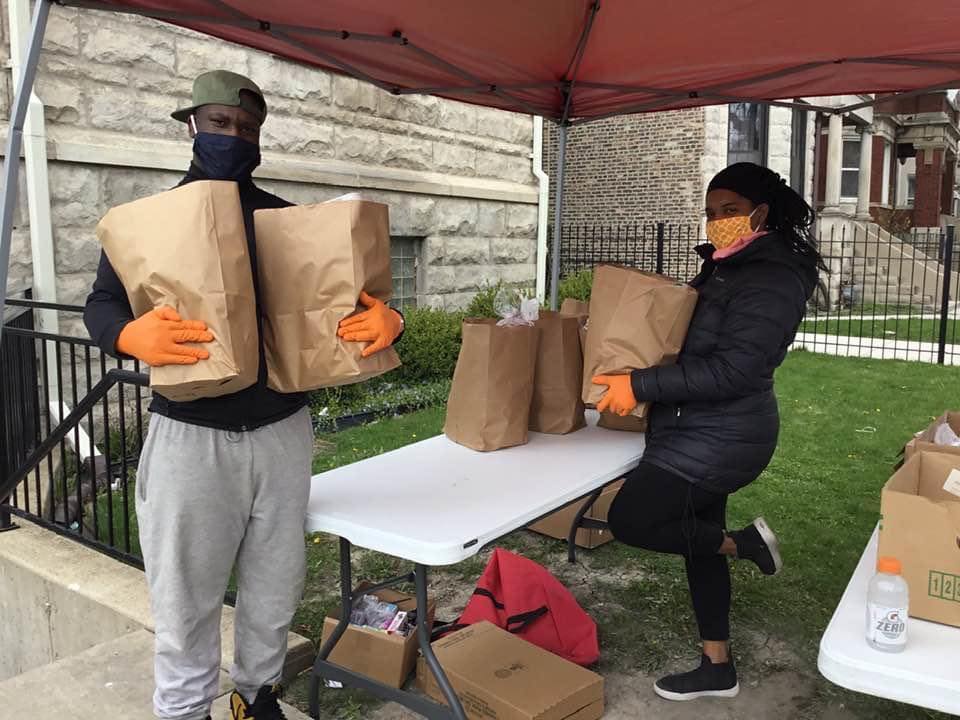 With people unable to meet in large groups, the COVID-19 pandemic threatened to shut down a Harrisburg church’s weekly community meal. But faced with the question of whether to continue, organizers Joe and Stacey Thompson said the answer wasn’t if, but how.

The Harrisburg couple has continued the ministry of First Baptist Church, adapting their regular plan and serving hundreds of meals curbside one evening a week. Across the state, churches made similar adjustments for heightened restrictions, while still responding to basic needs—needs that the pandemic has made even more urgent.

In Chicago, Harmony Community Church has run a food pantry ministry for more than a decade, but the pantry’s coordinator told The New York Times Magazine the number of people in line increased by almost 50% in mid-March.

Meanwhile, at the other end of the state, the Thompsons have also seen an increase at His Table, the weekly meal ministry at First Baptist Church. Joe, an associate pastor at the church, said they’re serving 250-300 meals each week.

“We’re grateful to be able to serve them,” he said. “We’re hopeful when this changes, they’ll continue to come and sit down with us.”

Supporting local food pantries
When a local soup kitchen temporarily shut down a few weeks ago, First Baptist Church in Eldorado stepped in. Two women at the southern Illinois church are preparing several dozen meals three days a week, and Pastor Randy Plunkett said the number of people they’re serving has grown. On their first day, 10 or 12 people picked up a sack lunch, delivered curbside at the church. Last week, the church handed out 100 meals over three days.

“With the school shut down and the churches not meeting in-person, it’s really affected people’s community,” Plunkett said. The county has relatively few confirmed cases of COVID-19, and the pastor said he doesn’t sense a lot of fear or anxiety from the people he talks to.

“But they do seem to be staying in and staying put and not going out more than necessary.” In addition to curbside service, the Eldorado church also delivers any leftover meals to people who didn’t make it to the church that day.

In Chicago’s West Englewood neighborhood, Evening Star Missionary Baptist Church provided food boxes and fresh produce, promoting the outreach online to any and all in need of assistance. In one video post, volunteers sang snippets of praise songs and quoted Scripture as they packed boxes.

In the city’s Irving Park neighborhood, Bryan Coble and Sow Chicago partnered with other organizations in their community to support the local food pantry with donations, as they seek to meet increased needs. The church plant also donated 1,000 toothbrushes and 700 tubes of toothpaste to the food pantry.

Before COVID-19, said Pastor Bryan Coble, the food pantry was serving around 60 families. Now, they’re seeing more than 200 a week in a region that has been hard-hit by the virus.

Sow Chicago had 12 mission teams scheduled to serve alongside them this year. Now, with most mission teams around the world forced to cancel their plans, Coble is mobilizing the teams to keep serving Chicago—from home. Church partners outside of Chicago are making masks to send to the city for people who need them. Sow Chicago will distribute them, along with hand sanitizer.

Quick thinking has been required in Harrisburg too, where the biggest challenge has been restructuring the way the weekly meal is prepared and provided, absent the 25 volunteers who are usually on hand to serve. But God has made a way, Stacey Thompson said.

“For the last six or seven weeks, we just constantly have been getting calls from church members: How can we help?” she said. Donations of money and supplies have continued to come in, she said, and God has provided—often on the very day they needed it.