Christians and conservatives are grappling with what the Supreme Court ruling in Bostock v. Clayton County, which extended civil rights to the LGBT community, will mean for churches and religious institutions.

The 6-3 decision, handed down June 15, referenced Title VII of the Civil Rights Acts which was signed into law in 1964. Title VII deals with discriminations of women in the workplace based on sex. The case before Court was actually a combination of three cases, two brought by homosexuals and one by a transgendered person.

The Alliance Defending Freedom (ADF) represented Harris Funeral Homes in the case involving the transgendered person. A male funeral director, who had been an employee for nearly six years, began presenting as female. When he didn’t follow the funeral home’s dress guidelines for a male, the company fired him. The former employee then filed suit, charging violation of civil rights. (ADF is an IBSA ministry partner.) 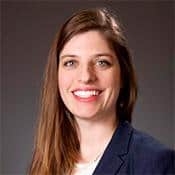 Kate Anderson, senior counsel for ADF, sat third chair for the case. She told the Illinois Baptist, “We always look to laws to be interpreted the way they were written when they were passed. In 1964, everyone understood the definition of men and women. The concept of gender identity was almost unknown.”

Anderson said what disturbed her most about the ruling was “to have so much of the court embrace the idea that sex is not connected to biology.”

The ruling opened a Pandora’s box. In the majority opinion, Justice Neil Gorsuch wrote while there may be many related issues waiting to be discussed, they’re for another time. However, many believe the ruling has done the opposite and are speculating on how the decision advises other parts of the law.

The Court’s ruling had far reaching consequences not only for churches and religious institutions, but women in general.  Anderson noted, “You’re taking a law that has been about making sure women are treated equally in employment and now saying there is no legal difference between men and women based on biology.”

Following the ruling, ADF hosted a webinar on how the decision impacted churches and ministries. Gregory Baylor, an ADF senior counsel, shared prior to the ruling some in government and courts had already embraced the idea that Title VII that included sexual orientation and gender identity (SOGI).

In his view, Baylor said the opinion questions the very meaning of religious liberty and ministerial exception. “Ministerial exception is simultaneously very powerful, but very narrow in which employee it applies to,” said Baylor. “I can say with confidence that few religious employers will be able to say that every one of their employees are ministerial.”

To protect themselves, he suggested churches and religious organizations “write down what your religious convictions are and link them as closely as possible to your behavioral and hiring standards. You’re going to want to be able to prove that you are hiring people of a particular religious conviction.”

To further strengthen your position, require employees participate in religious training and activities.

All is not lost, according to Baylor. “Congress can fix this interpretation of a statue,” he said. Baylor urged Christians to reach out to their representatives in the U.S. House and in Congress to ask them to pass legislation recognizing sex biologically in terms of the law.

Anderson hopes the ruling will provide churches and religious organizations the opportunity “to speak the truth in love about marriage and sexuality. I’m hopeful in the coming weeks and years we see churches and believers speak more so there can be a greater understanding and respect in society for what Christians have to offer.”

“We need to overcome our fear,” Baylor said. “The church’s context is becoming increasingly unpopular, but we have the Lord with us. There’s no reason to have a Spirit of fear.”