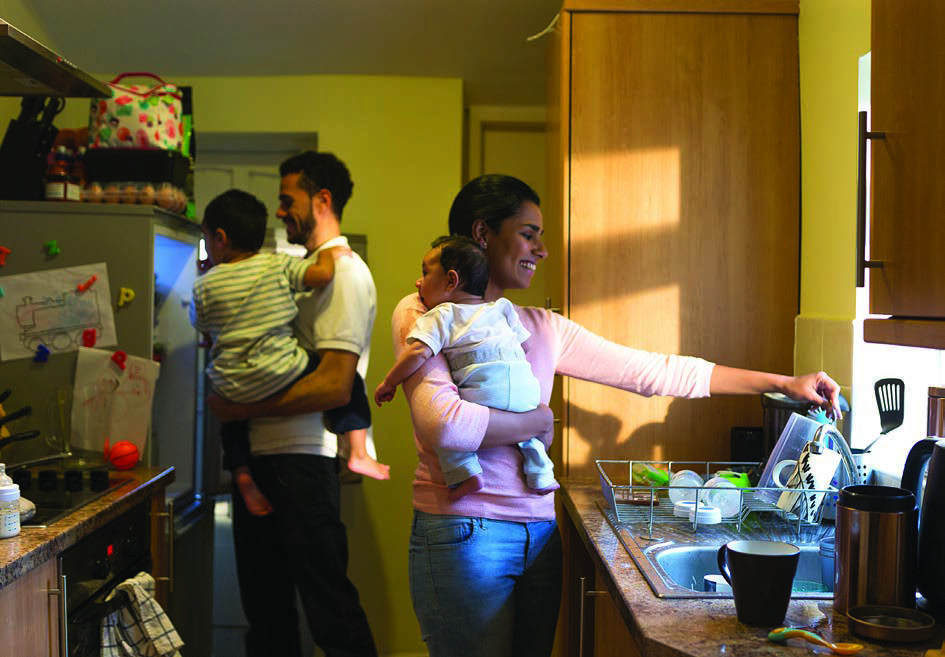 Bethalto | Her inquisitive 4-year-old sat in his booster seat snacking on chips, staring out the window, and watching the world pass by.

Leneita Fix listened as her husband gave a simple yet scientific answer to her sweet boy. Then boy asked, “Why do cows moo?”

Her husband began talking about the communication strategies of livestock when her son posed a third question.

“How did Jesus do it? How did he take away my sin?”

Fix and her husband glanced at each other. Wow, where to start? Better not mess this up with the wrong words and confuse him. Maybe talk about the ABC’s of being a Christian? Or focus on the theology of Jesus as the perfect sacrifice. Probably need to tell him the definition of sacrifice—

“Whoa! Look at the size of this Dorito!!” the child said next.

“I love to tell that story because it perfectly exemplifies the reality of Generation Z,” said Fix, speaker, missions and training coordinator for BowDown Church and Urban Youth Impact in West Palm Beach, Florida, and author of several books including No Teenager Left Behind. “This generation has so much information at their fingertips that they are used to having the answers immediately. They want to soak up information, including deep spiritual truths about who God is, but they have only about an 8-second attention span.”

Generation Z is the group of children and students who are being raised and launched into the world right now. Born between 1995 to the present, Gen-Z is nicknamed the “Always On Generation” because they’ve never known a life without a touchscreen, without global terrorism, without civic unrest and financial unrest, and they have a unique perspective of what a normal family unit looks like.

“Another difference is while Millennials are well-known for dealing with FOMO, or Fear of Missing Out, Generation Z is more concerned with FOMU, or Fear of Messing Up,” Fix said during her D6 Connect Tour presentation at First Baptist Church Bethalto.

“They have a deep need to know the right answers and having Google at their fingertips leaves no room for doubt. Studies show that Gen-Z is destined for success in both college and career and they care about injustice more than any other generation in history.”

However, it’s their fear of imperfection and “not getting it right” that Fix said could easily derail their ambitions.

“We have to teach them the difference between messing up and intentionally making wrong decisions,” Fix said. “It’s OK to not know the answer or to have questions. We all have questions and don’t have it all figured out. Give them the space and grace to not be perfect. However, if they intentionally choose not to do a homework assignment or some other truly wrong decision, that’s not OK.”

And despite every preventive measure taken, Brian Housman, author of Tech Savvy Parenting, said wrong choices and moral failures are going to happen. He said parents and the church support system must always parent with the end game in mind.

Housman used the example of a video he once saw of 16-year-old Bobby Fisher playing ten games of chess at once. He won every match and when interviewed about how he kept track of each game Fisher said based on the opponent’s prior moves and body language, he developed a strategy to win and then just let that strategy play out.

“We have an end-game in mind financially and in our careers,” Housman said. “We need to focus on the end-game with our kids and the good news is that we’re not alone. We are partnering with the Savior to raise them to be like Christ.”

Without the end game in the forefront, parents default to wanting to change feelings and even unintentionally guilt their kids into better behavior.

“We’ve become geniuses at sin management and masters at behavior modifications,” Housman said. “Christian parents, particularly those in the ministry, are more concerned about the appearance of things and what might make us look bad. We make it about us when we want to change the feeling or their behavior. We need to seek to change their heart.”

“The best approach to moral failure in our kids is the same as God’s approach to us,” he said. “God never shames his children. He loves first, forgives, acknowledges the wrongdoing, but understands what we’re going through. God chooses to be with
us as we walk out of it.”

Say it, don’t Snap it

Communication is key. This generation is bombarded with messages coming at them from every one of their devices. However, when it comes to hearing the messages that matter, Fix said face-to-face interaction is still the best way.

“Don’t overcomplicate things,” she said. “Generation Z is striving for authenticity. Many studies have shown that they actually prefer face-to-face communication over the multitude of other options. Yes, they talk through Snapchat and Instagram and even through their video games, but the people they consider themselves closest to are those they see every day at home, church, and school.”

But never wait for the perfect moment to have an in-depth conversation, because that moment will never come for these success-driven kids. Instead, Fix suggests utilizing the margins of time between practices and appointments, dinner prep, or yard work.

“There is no longer the space or grace to wait,” she said.

“Remember sky, cow, Jesus, Dorito. Sometimes God will lay an encouraging word or thought on my heart and I text it to my kids right away, because they need to know God loves them and I love them all the time. We need to become really good at communicating in the moments we have.”

Kayla Rinker is a freelance writer living in Park Hills, Mo. where she serves alongside her husband, Josh, who is youth pastor at First Baptist Church Desloge. Kayla is also a stay-at-home mom to their four sons, keeping her life full of craziness and joy.