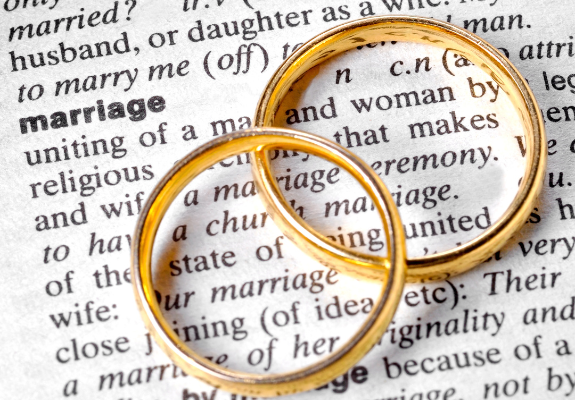 The U.S. Senate is expected to vote on the Respect for Marriage Act as early as the first week of September. The Act, which many of the bill’s opponents say is misnamed, would codify same-sex marriage into federal law. Some states, including Illinois, have already codified same-sex marriage into their state laws. While in other states, legalization only came after the Obergefell Supreme Court decision.

“When culture and political institutions fail to respect the institution of marriage and instead promote open aggression against those who believe that marriage is between a man and woman, they not only undermine human flourishing but seriously harm religious freedom,” said Michael P. Farris, Alliance Defending Freedom (ADF) President and CEO. ADF is a ministry partner of the Illinois Baptist State Association.

Momentum for the Respect of Marriage Act (RMA) grew after the US Supreme Court overturned the nearly 50-year-old Roe v Wade decision in June. RMA (H.R. 8404) was passed in the U.S. House by a vote of 267 to 157 in July.

A July letter signed by ADF’s Farris along with several Southern Baptists and evangelical faith leaders, including Midwestern Seminary President Jason Allen and Southern Seminary President Albert Mohler, urged House Majority Leader Mitch McConnell to reject the RMA. According to the letter it would further require “federal recognition of any one state’s definition of marriage without any parameters whatsoever. This would include plural marriages, time-bound marriages, open marriages” and others. The Christian Bible defines marriage as being between one man and one woman.

The passage of the RMA would effectively repeal 1996’s Defense of Marriage Act (DOMA) which allowed states to deny recognition of same-sex marriages codified by other states.

Farris argued the RMA does more than codify the Obergefell decision. In an email to the Illinois Baptist, he expressed concern that its passage could “empower the government to punish Americans who hold decent and honorable beliefs about marriage exposing citizens to predatory lawsuits and even endangering the nonprofit status of faith-based organizations.

ADF and Ministry Alliance have authored a letter to send to the Senate and Senate leaders expressing opposition to the bill. They invite clergy and lay leaders to sign on to it by September 8. To sign the letter, visit ADFChurchAlliance.org.