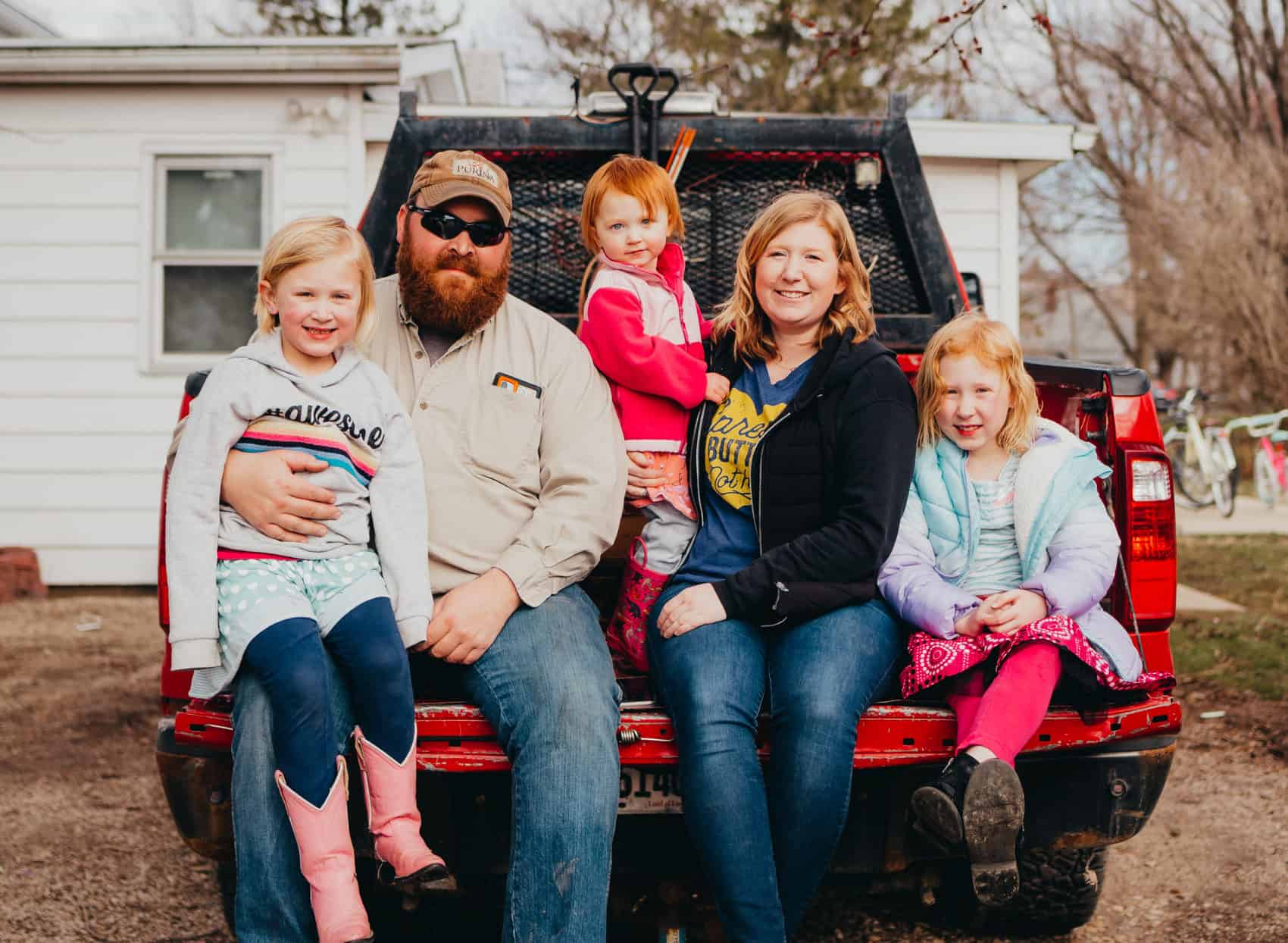 Two years ago, Lindsay Wineinger was bothered by the idea that her daughters could grow up without realizing the world is bigger than their corner of Illinois. The mother of three asked herself what she could do to help her girls see outside of themselves.

“How can I align our family life so we are going, doing, and taking those opportunities so [they] will see Jesus first, then the world?”

For Wineinger and her husband, Nathan, part of that answer is giving her daughters a missional upbringing like the one she had. Wineinger was involved in GA’s (Girls in Action) and Acteens, missions education programs facilitated by Woman’s Missionary Union (WMU). Wineinger didn’t know what “WMU” stood for, but she knew the programs.

“I really started developing a ‘Holy-moly! God’s bigger than the United States’ mindset in GA’s for sure,” she said. When missionaries to Africa visited her GA group and shared items from the country they served, Wineinger was amazed. It was as if a switch flipped. She realized the world extended farther than she could ever see.

Now, she’s using her own experiences to shape plans for her children. The Wineingers are laying an early foundation of serving others and prioritizing missions. “The best thing I can give my kids,” she said, “is to remind them that everything’s about Jesus and everything’s about loving on other people.”

In April, Wineinger was elected to lead Illinois Baptist Women WMU as president. Former president Jill McNicol introduced her at IBSA’s Priority Women’s Conference, noting both Wineinger’s missions heritage and the on-mission life she leads at home and work. “She uses her everyday life and their business to reach others for Christ,” McNicol said.

She’s also ready to apply that mindset to her tenure as WMU president.

“I’d like to see where the working moms, the busy moms, the mom that’s barely got a weeknight to herself…how she can be a part of WMU,” Wineinger said. We’re called in Acts 1:8 to serve as we go. She is encouraging women to consider what that looks like in their current stage of life.

As a business owner, podcaster, and blogger balancing work and home life, Wineinger also has a heart for entrepreneurs. “They live on a different brainwave,” she said, and take big risks. Her family will soon open a new venture of their own, a farm-to-table restaurant called The Feed Store. Wineinger and Carmen Halsey, leadership development director for IBSA, have been working hard to find a niche for entrepreneurs, and hope to develop unique leadership opportunities for them.

At 35, she understands her tenure as president will look different from other state WMU leaders. “It feels good to be WMU president, but also intimidating, and super humbling. I am proud to call Jill McNicol, Missy Doyle, and Sandy Wisdom-Martin my predecessors,” she said, naming recent Illinois missions leaders. “These women are top-notch.”

Speaking of top-notch women, Wineinger has no lack of support. She lovingly calls one group her “super-cheerleaders.” They’re friends of her grandmother, Leona Davis, who retired from the North American Mission Board and reached many for Christ on the University of Illinois campus through the years. Wineinger cherishes the notes, phone calls, and emails from the prayer warriors supporting her in her current role.

Looking to the next generation, she also hopes to take her daughters on an international mission trip in the next couple of years. She recognizes the risk, but also wants to show her daughters to trust God by example. “That’s the whole point. God’s the protector. God’s the provider. And God will tell us where to go.”