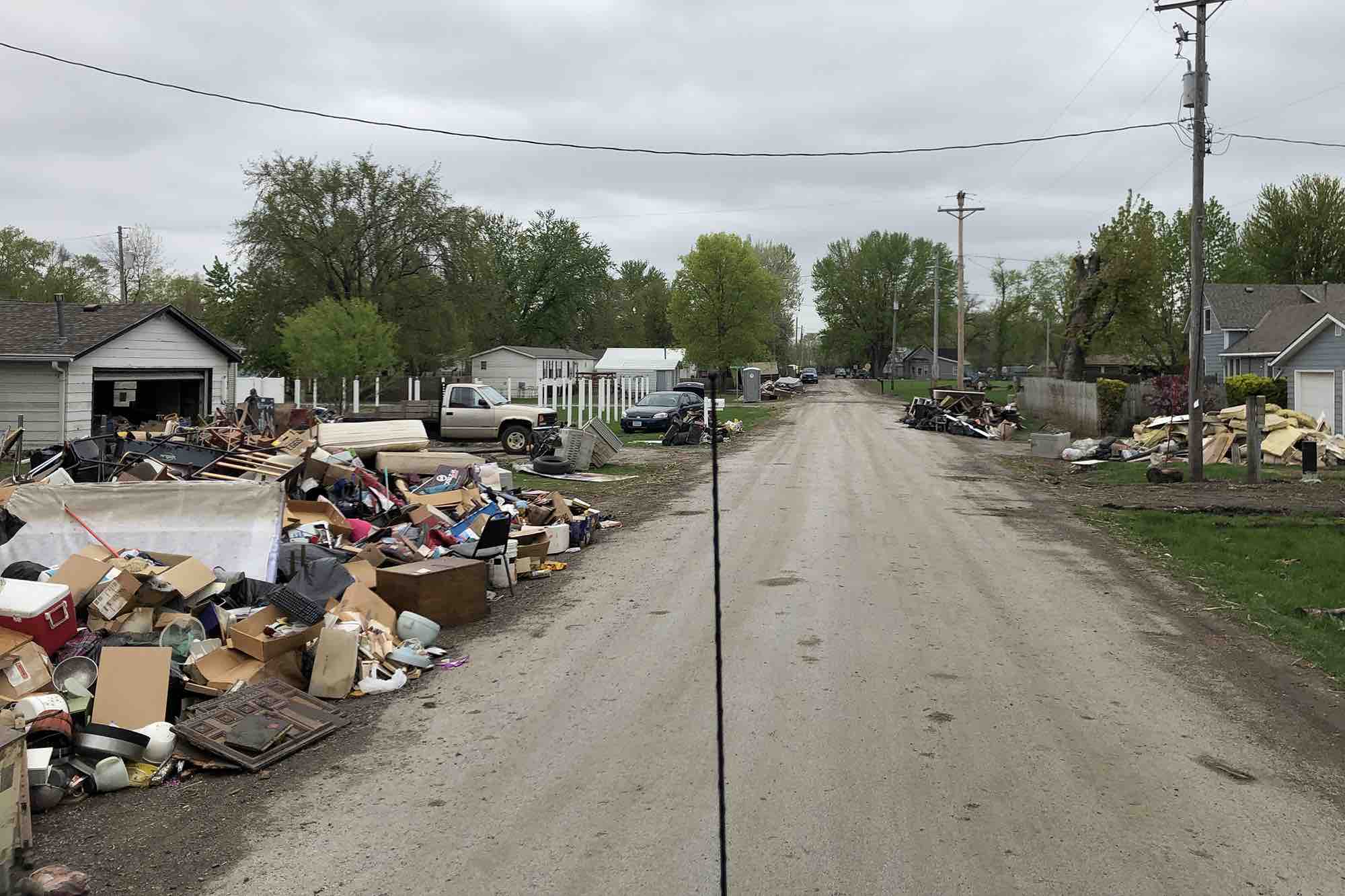 Illinois Baptist Disaster Relief teams are scheduled through May to help homeowners clean up after massive flooding across the Midwest. Meanwhile, more recent flooding following a broken levee in Davenport is presenting new difficulties, and the possible need for more assistance.

In April, a team of 10 volunteers set up an Incident Command Center at First Baptist Church in Glenwood, located near the Iowa-Nebraska border. The center will serve as the hub for Southern Baptist Disaster Relief work in and around Glenwood, including a nearby town where all 600 residents were displaced by flooding.

“There’s a little suburb called Pacific Junction and it is virtually decimated,” said team leader Dennis Felix. “One hundred percent under water.” Volunteers focused their efforts on Pacific Junction as Illinois teams began to arrive in late April. They are scheduled to assist with flood recovery, and will staff a shower/laundry unit and a mobile kitchen for teams serving in Glenwood. They’ll also continue to serve at the Incident Command Center, as assessors, and as chaplains to offer emotional and spiritual support to homeowners.

Volunteers from Baptist conventions in New Mexico, Arizona, Wyoming/Colorado, and Kansas/Nebraska are also part of the response in Iowa.

Felix led a team of assessors in April who went out to meet homeowners and evaluate their needs. He anticipated the number of houses—already at 101 by the time he left—would grow once teams arrived in Iowa.

“Once they know you’re in town and know that you’re there to help, then they will start seeking us out.”

As of early May, teams had completed 12 jobs of the 134 work requests they received (10 jobs were completed by other volunteers). Teams reported three salvation decisions.

For more information about when and how Illinois Baptist Disaster Relief teams are serving in Iowa, go to IBSA.org/DR.