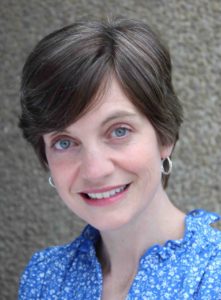 For a few months recently, our 4-year-old’s favorite song was Dolly Parton’s “9 to 5.” I played it during a cranky car ride one morning and it was an instant game changer. We were excited, then, to hear Dolly’s remake of the song for a Super Bowl commercial. The spot for a DIY website company features her singing “5 to 9” and celebrating the side hustle. According to the ad, it’s the thing you do after your regular 9 to 5. It’s the work that truly inspires you.

Great, I heard one radio commentator opine. Another way to make us feel stretched thinner than we already are.

I understood what he meant. It’s easy to view time as an enemy. There’s never enough of it, and we’re beset with guilt about making the most with the time we do have. The pandemic year was one in which we were constantly reminded how precious time is with our loved ones. But most days remind us there aren’t enough hours to do it all well. And as restrictions loosen and things inch closer to normal, demands on our time are likely to increase. As a friend noted recently, “We’ll have to relearn how to say no.”

Enter Dolly and her enthusiastic urging to tack on four more hours.

In the struggle to manage time well, I’ve often thought of Psalm 90:12 as a verse for the overscheduled. “Teach us to number our days carefully so that we may develop wisdom in our hearts,” Moses wrote. My interpretation: Help me know the right things to do and when to do them, so that I’ll feel at peace with how I’m managing my time.

But Moses’ psalm paints a picture of a man struggling with more than an overstuffed to-do list. Time is scarce, ebbing away even now. He is well aware of man’s sin and God’s wrath. “We end our years like a sigh,” he wrote. My interpretation: It’s true, we don’t have enough time. We are more aware of that fact more than ever after a weighty year.

Thankfully, he ends the psalm on a note that, while not exactly hope-filled, is resolute about who’s really in charge of the time we do have. “Establish the work of our hands,” he asks God. Twice.

Meredith Day Flynn is a wife and mother of two living in Springfield. She writes on the intersection of faith, family, and current culture.