(Editor’s note: Brent Cloyd made two trips to Kentucky after the December tornado that left 77 people dead, serving with the Disaster Relief team from Greater Wabash Baptist Association. There he found hurt, hope, and promises from God holding fast. He offered these reflections.) 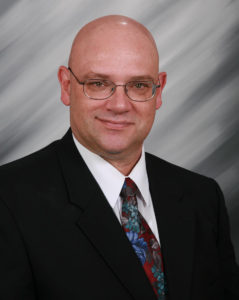 The churches of our association were generous in their efforts to help. I was able to deliver a pickup load of needed supplies and put several thousand dollars in gift cards into the hands of a fellow Associational Mission Strategist that he and his pastors could distribute to those in need. It occurred to me that our people understood “there but by the grace of God go I.”

Our Disaster Relief Team was on site for six days doing chainsaw and clean-up work. I had the privilege of working with them for a couple of days. The team worked hard. They understood that our neighbors are not just the people next door but also the people across the river.

The question that kept ringing in my ear was “Am I my brother’s keeper?” We answered that question with a definitive yes.

I came home for a day because I was scheduled to preach at one of our churches. Then I returned and worked a couple of days as a chaplain/accessor. That first morning, I joined two others who were escorted by a county official to a location that had seen some of the severest damage.

In a prized residential area beside the lake, what used to be homes were now piles of rubble. Tall oaks that used to shade and bring beauty to the area were now twisted and torn and toppled over. The verdict was evident. When the trees were cut up and the debris removed, what was once a beautiful subdivision on the lake was going to be bald knob by the water.

That day I had opportunity to visit with some of the people who had lost their homes. I heard their stories of where they took shelter when the tornado came through. My heart could sense their fears and the pain of their losses. I listened as they reflected on what once was and what now is.

When we experience great loss, we are never the same again. Insurance can build a new home and buy new cars and help acquire new belongings. But it cannot replace the memorabilia. It cannot restore the sense of security we once had. It cannot revive the hopes and dreams we once cherished.

The people I talked to were survivors. Their souls had not been required of them. Yet, in a very real dreams lost, assurance found in tornado-ravaged Kentucky-sense, part of their souls had been ripped away. They had missing pieces. No matter how hard or long they search through the rubble, there are parts of themselves that they will never find. That is the way life is.

Thus, our hope is not in regathering and replacing the things we have lost and that can be lost again. Our hope is found by placing our faith in Jesus who has overcome the world and who promises us a place that is out of this world.

I cannot stop the force of the winds. But I can build a fortress of faith in the one who said,

“These things I have spoken unto you, that in me ye might have peace. In the world ye have tribulation: But be of good cheer; I have overcome the world” (John 16:33 KJV).