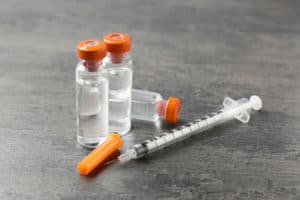 Some in the media are warning the COVID-19 pandemic may last longer than necessary due to members of the evangelical community refusing a vaccine due to spiritual convictions or uncertainty regarding vaccine safety. An article headlined “How white evangelicals’ vaccine refusal could prolong the pandemic” appeared in the April 5 issue of the New York Times and was republished online by the Chicago Tribune and elsewhere.

The evidence presented in the Times story didn’t from come from pastors in the pulpit or prominent denominational leaders, but was largely based on anecdotal stories from non-denominational evangelicals, who were not identified as churchgoers. The article also cited recent polls, including one from February by Pew which showed 45% of evangelicals were not planning to be vaccinated. However, the same survey also showed 54% of white evangelicals said they “definitely or probably plan to be vaccinated.” Pew found 64% of Black Protestants said they would “definitely or probably plan to be vaccinated.”

The Times article identified a few evangelical leaders that have publicly stated their opposition to vaccines, but many well-known Southern Baptists have been promoting vaccinations in their ranks. Marshal Ausberry, president of the SBC’s National African American Fellowship and first vice president of the SBC, posted a post-vaccination photo with the caption, “Received vaccine shot today. Please register, get your vaccine, save lives.”

J.D. Greear, president of the Southern Baptist Convention and pastor of The Summit Church in Raleigh-Durham, N.C., also posted a photo of himself being vaccinated March 30 with the caption “#SleeveUp for a future safe from #COVID19. One step back closer to normal!” He received both favorable and unfavorable feedback to his posts.

Greear posted a follow-up message April 8 regarding his reasoning for posting the photo. He wrote he does feel receiving a COVID vaccination is an “issue of faith, and there is certainly room in the body of Christ for believers to disagree.” He concluded, “To be clear, I don’t believe this is a reason Christians need to divide and if someone believes that threshold has been met, that is between them and their conscience. I didn’t intend to post my picture with a ‘this is the only Christian position’ tone, and sorry it has been used that way.”

In an April 8 interview with PBS News Hour, Russell Moore told viewers, “A vaccination is not only something that’s acceptable for Christians. It’s something we ought to thank God that we have the technology for because it’s going to get us back to doing the things that we need to do quicker.” Moore is the head of the Ethics and Religious Liberty Commission of the Southern Baptist Convention.

Franklin Graham, president of Samaritan’s Purse and son of the late evangelist Billy Graham, has also expressed his support for COVID vaccinations. In a controversial March post, he wrote, “I have even been asked if Jesus were physically walking on earth now, would he be an advocate for vaccines. My answer was that based on the parable of the Good Samaritan in the Bible, I would have to say—yes, I think Jesus Christ would advocate for people using vaccines and medicines to treat suffering and save lives.”

Graham said he’s seen the suffering caused by COVID-19 firsthand through the emergency field hospitals operated by Samaritan’s Purse. He recommended “people do their research, talk to their doctor, and pray about it to determine which vaccine, if any, is right for them. My wife and I have both had the vaccine; and at 68 years old, I want to get as many more miles out of these old bones as possible!”

Another vaccine proponent is Albert Mohler, president of Southern Seminary in Louisville, Ky. When COVID vaccines became available in December 2020, Mohler said on his podcast, The Briefing, “Medical treatment is an extension of God’s common grace and Christians have always understood this. That is why, throughout history, where you found Christians, you found hospitals and the church treating the sick.

“Thus, it is not wrong for Christians to take measures to avoid getting sick or coming down with the virus. It is not wrong to take the vaccine against COVID-19.”