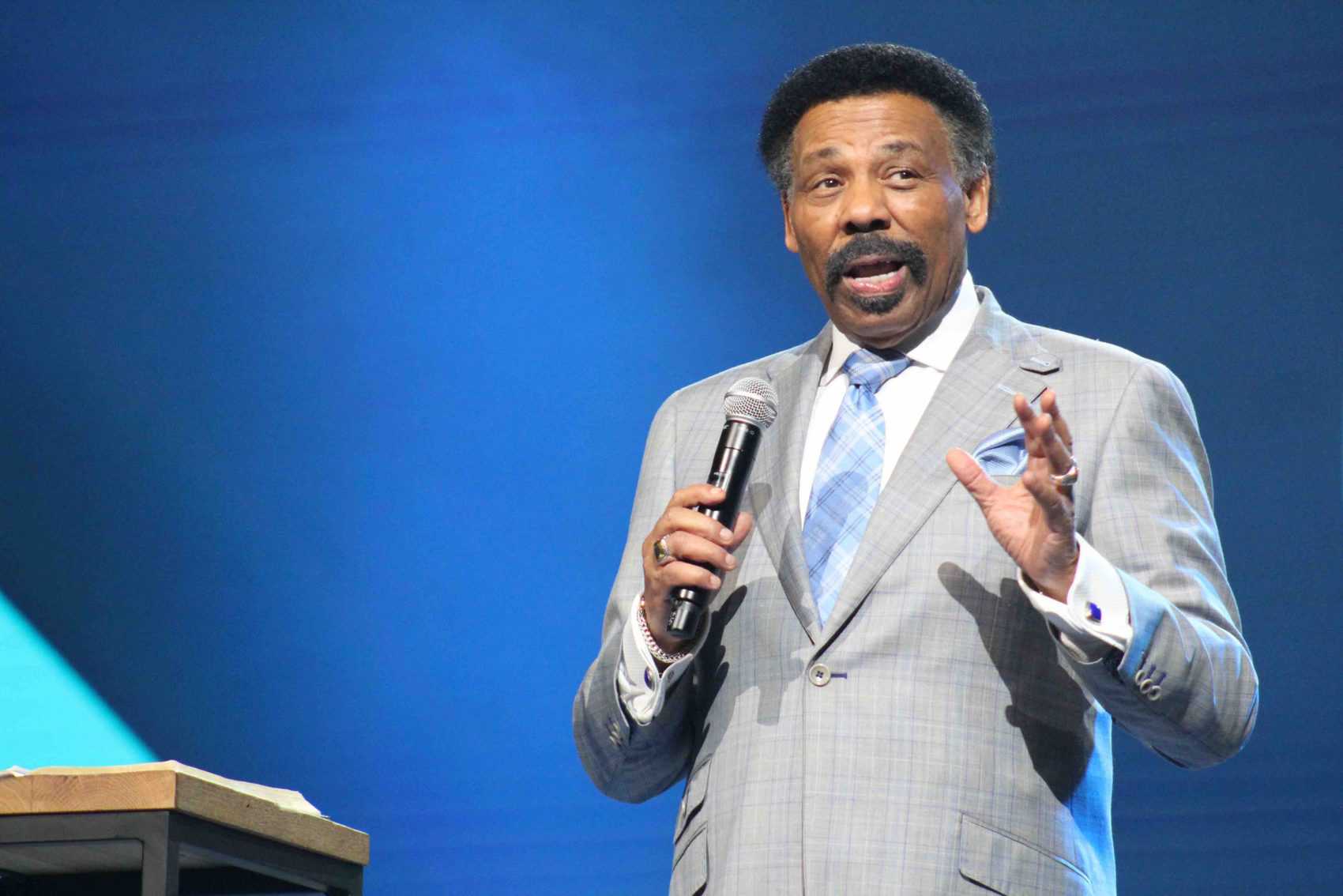 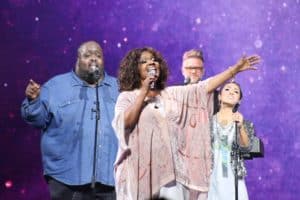 Grammy winner CeCe Winans leads in worship at the Send Conference in Nashville.

Evans started with message with an extended football metaphor, explaining that there are three teams on the field during a game—the two competing against each other, and the team of officials charged with governing the game. 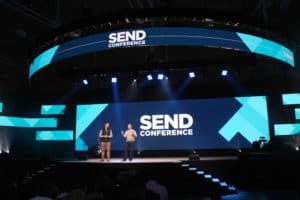 His message touched on several pressing issues currently facing Baptists, including racial tensions and political differences. “I don’t know if I’m going to get this chance again, so I’ve got to throw it all in,” Evans said to laughter across the crowded convention hall. During his message, one attender called out, “Tony Evans for SBC President!” (Evans’s church, Oak Cliff Bible Fellowship, is non-denominational.)

“God is never in favor of color blindness,” he said, “but neither is he blinded by color. He never wants your humanity to trump your Christian commitment.” On politics, he urged Christians to be “kingdom independents.”

“Because you represent another King and another kingdom, and you and I are never to allow the politics of men to break up our ‘together,’ to divide the church of Jesus Christ,” Evans said. “You don’t lose you uniqueness, but you claim Christ above all.”

The Send Conference continues Monday, June 14. Go to sendconference.com to watch it online.