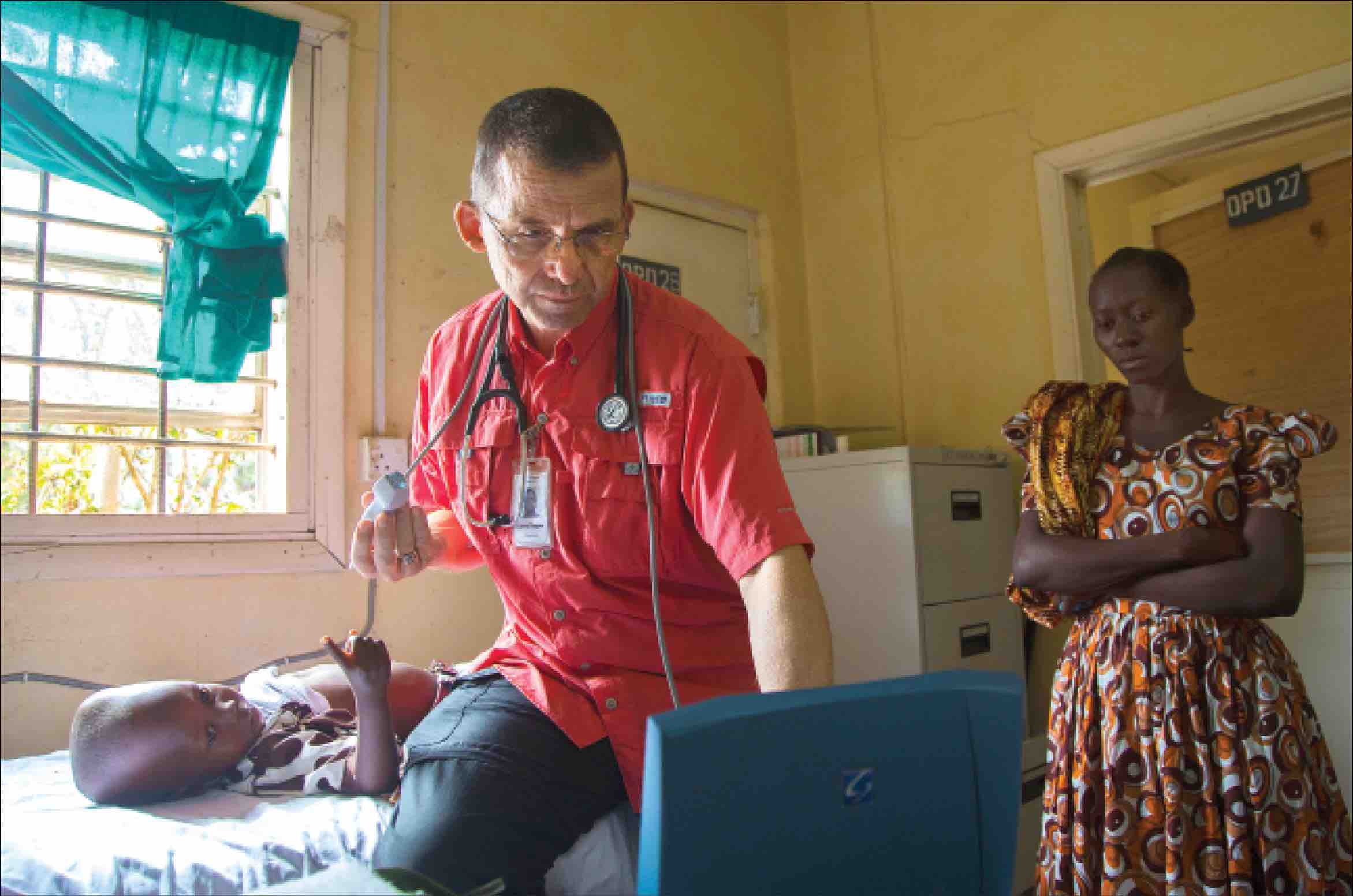 Editor’s note: Charlotte Digges Moon was a teacher in the U.S. before joining her sister as a missionary in China, where she served 39 years. Through her letters home, Moon lobbied for more support for missionaries on the field. In 1918, six years after her death, Woman’s Missionary Union named the annual Christmas offering for international missions after her. This year’s Week of Prayer is Dec. 2-9. IMB.org/lmco

Larry Pepper was on a trajectory. He was a NASA flight surgeon who was good at his job, active in his church, involved as a dad—and possibly headed for space. It wouldn’t be long before he ended up as a candidate finalist for a space mission. But God interrupted his plans. As Pepper (left in photo above) thought more and more about his life and its eternal significance, he felt God saying, “You’ve committed everything to me except your job.” It soon became evident God was drawing him to walk away.

“I was beginning to see the world through God’s eyes in terms of lostness,” said Pepper, an International Mission Board doctor in Africa. “For me, that meant seeing if I could use my medical skills in a way that had more kingdom impact.”
So more than two decades ago, he, his wife, Sally, and their three children packed up and moved to Africa—first to Uganda, then Lesotho and Tanzania. Over the years, the Peppers have spent countless hours at the bedside of the hurting, leading them to lasting hope in Christ.

Pepper’s hospital is at the end of a beaten-up road in Tanzania. The facility occasionally gets as full as it can get, and then runs on empty. In the past, it’s had moments where sick children slept two or three to a bed. It’s had moments where anesthetic drugs for C-sections and suture materials for surgery have run out.

But the situation has never stayed that way for long, the doctor said. Over and over, churches have stepped up to cover the hospital’s needs, all the way from wheelchairs to building a new pediatric wing.

“Churches of all sizes have helped,” he said. “And because they have, we have seen God work to spread the gospel in amazing ways.”

Over the past 22 years, churches have supported the Peppers’ work through the Lottie Moon Christmas Offering®, the funding source that keeps them on the field. They have provided equipment, and they have met the hospital’s daily needs.

“We’re just two people,” Larry said. “But we find that when other people get a passion to come alongside us, God uses it to further his kingdom.”

The church connection
Every week, worshipers at a church in Shelbyville, Ky., pray for Pastor Fabio in Brazil. Chris Platt, pastor of Highland Baptist Church, says that’s because they’ve met Fabio—and that in turn has made missions personal.

Ever since Chris’s church partnered with the work of IMB missionaries Scott and Joyce Pittman in São Paulo, Brazil, several years ago, the needs there have had faces and names. As the people of Highland Baptist have traveled annually to carry out outreach in the city of 22 million, it’s made them see their part in the “whole ball of wax” that is the Great Commission, Chris said.

“You’ve got missionaries doing what they can and the church doing what we can,” he said. “When you go out into their city and meet the people, your love for missions just comes alive. You give more, you pray more, and you think more about missions.”

Highland Baptist is “no superstar missions church,” Platt said, but the annual trips have bolstered the Pittmans’ work and made the church see that it is “one piece of the puzzle.”

The same is true at First Baptist Church of Andersonville, Tenn., where members give $90,000 annually—the amount needed to fund one IMB missionary couple for a year. The commitment to give has caused a cultural shift in the church, said Pastor Steve Lakin—people are more involved in giving and going too. “We’re just a small church, but through our giving to the IMB, we see how God is using us.”

– Story and photo from the International Mission Board