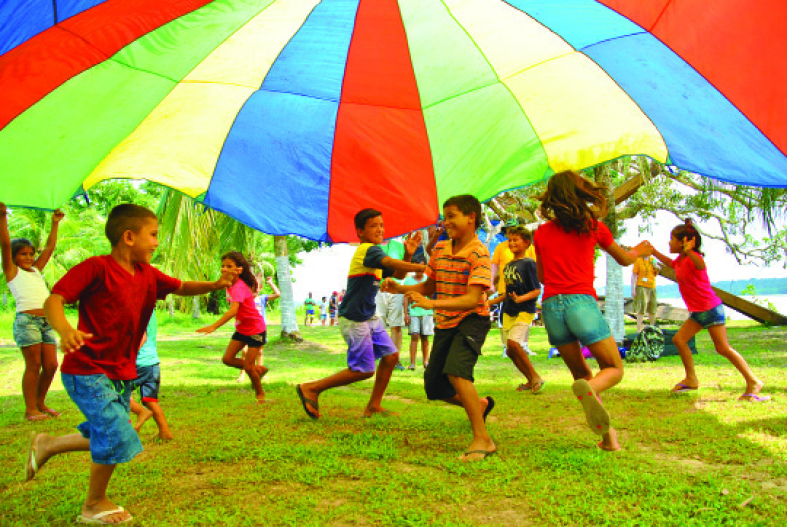 A mission team stages a colorful carnival of fun in Brazil.

You might say mission trips are suffering from “long Covid,” that extended version of the illness that takes months or longer for some of its victims to overcome. Most aspects of church life are getting back to “normal” two years after the pandemic shut down worship services and youth ministries and small groups, but missions has yet to bounce back—the kind that require travel and meeting strangers in order to share the gospel.

But it’s not time to quit missions. In fact, the time is right to get ready for a bold mission thrust (to borrow a term from several decades back).

Covid forced churches to invent new kinds of very necessary mission work nearby, such as food deliveries. So the numbers of people reporting engagement in missions in 2021 was down, but not out. Now, as travel restrictions ease somewhat, and with the anticipation of greater freedom next year, now is the time to plan the next mission trip. To identify the next mission relationship for your church. To have your church’s heart burdened anew for an unengaged, unreached people group. To engage them. To go where no one has gone in a couple of years.

And these international missionaries now living in Illinois are the right guides for the task. 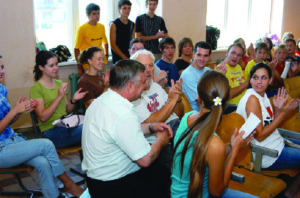 Jim (foreground) and the mission team in Horodok, Ukraine.

Shannon Ford has fond memories of Jim from Clearwater, Florida. After visiting Ukraine on a mission trip with Calvary Baptist Church, Jim contacted Ford asking about a return trip. “He was a regular guy who went on mission trips who wanted people to know the name of Jesus,” Ford said. And God had laid on Jim’s heart a return to Horodok, south of Lviv, where Ford and his wife, Katie, were serving as missionaries with the International Mission Board.

Jim’s trip turned into one of the best missions weeks Ford remembers. “We visited schools, because Jim would say, ‘I wonder who’s the director there? Can we go in?’ And we would.”

Doors opened, and soon the national team of church planters found opportunities to minister to at-risk children, families in need of winter clothing, and teacher training. All because Jim had become a champion for missions.

Every church needs one. Or more.

“Often it’s the pastor, but sometimes the champion is someone else who cares about missions,” said Ford, who now serves as IBSA’s Mission Director. The local church needs someone who will lead missions, whether it’s at home or on the other side of the world, someone who will make connections and develop plans. Ford said the champion will often remark, “I feel convicted to see this happen. How can we do it?”

To spot a champion, he advises listening to how people pray. Are the nations on their hearts and on their lips? Have they hosted an exchange student? Have they traveled abroad?

“Of course, the pastor who is looking for a missions champion is already alert to missions, and may be the champion himself,” Ford observed.

With Covid waning, the former IMB missionary recommends Illinois churches seeking to reengage first contact their former partners from previous missions. “They’ve been shut down, too,” he said, “and may not know who is ready to get started again, ready to return.”

Ford is available to help churches rejuvenate their heart for missions. He also recommends contacting the Associational Mission Strategist at their local Baptist association for mission opportunities nearby.

And Ford suggests innovative thinking when planning. Medical teams and backyard Bible clubs are excellent gospel opportunities in the right settings, but “it doesn’t have to be a traditional mission team.”

He has seen gospel success with teams teaching English and staging business workshops for young professionals.

“Maybe they’re just prayer walking, but while they’re walking, they’re collecting data and later debriefing the church planters about future opportunities for the gospel,” Ford said. “A team that does ‘discovery’ sets the groundwork for the next team.”

The best mission trips are the ones where indigenous people set the agenda. As missionaries in Brazil and later in Kenya, Jeff and Kathy Deasy hosted a half dozen or more mission groups from the U.S. each year, often taking them on forays into jungles and bush that required hardscrabble camping and offered few amenities. Churches from back home could hardly know the kinds of assistance that missionaries and pastors in those places really needed.

“We had a plan to provide Kenyan pastors with motorcycles,” Kathy said.

“They could get to remote areas for ministry, and they could use the motorcycles as taxis to supplement their income,” said Jeff, a bike enthusiast wearing a T-shirt emblazoned with the Christian Motorcycle Association logo. “But that’s not what they wanted. Know what they wanted?”

“Milk cows,” Kathy responded, to feed their families and earn extra money. “That’s an example of asking what pastors on the field really need. Instead of planning a VBS week first, ask the missionaries what kind of ministry will help them.” 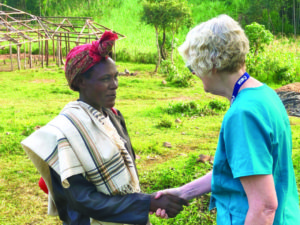 Jeff and Kathy Deasy led teams from Illinois to Brazil and Kenya, countries where they served with the SBC’s International Mission Board before coming back to the States.

After twenty years with IMB, Jeff accepted a position leading IBSA’s Operations Team. As members of Chatham Baptist Church, they have led mission trips to their former mission fields. And when planning those trips, the Deasys took their own advice.

“The best mission trips we had (as missionaries) were the ones where the churches contacted us months in advance and asked what was needed,” Kathy said. Jeff advised contacting the missionaries at least a year in advance, then planning the itinerary.

“One group came with no plans at all,” Kathy said. “Every morning they would say, ‘What are we going to do today?’ There was a lot of wasted time on that trip. We told mission teams they have to be prepared to deviate from the plan depending on the circumstances, but there has to be a plan to deviate from.”

The process of identifying the needs then developing a strategy to engage people based on their needs is key to creating gospel opportunities. So is involvement of the sending congregation—and lots of prayer.

“At least six months before the trip, start sharing information with the church members,” Jeff recommended, with frequent testimonies and a variety of communications. “The mission team isn’t the only ones going on mission.”

“The person who can’t go because of cost or ability can be a prayer warrior. They may be the very person you need most while your team is on the field,” Kathy said. “Give them your itinerary so they can pray every day.”

Greg Alexander points to two simple first steps in reinvigorating a church’s interest in international missions: go somewhere nearby and go to a place where they speak English. “The need is really great in Europe now,” he said, “and many countries on the continent are English-fluent, especially Germany and the Netherlands.”

Alexander was called as Associational Mission Strategist for Harvest Baptist Network serving Sangamon County in March. He and his wife, Ros, have returned to Illinois after planting churches through campus ministries in Toronto, Canada and Bristol, England. Alexander previously served at the University of Illinois in Urbana and on staff with IBSA.

“It’s not as easy to get people to go to Europe because they think they have lots of churches over there, but they’re mostly empty,” Alexander said. “People think of rural areas as places that are gospel deficient, but Europe is very depleted evangelically.”

If the cost of a mission trip to Europe is prohibitive right now, Alexander recommends serving in large cities such as Toronto where half the population are internationals. Chicago and New York City offer similar opportunities to serve among people from other countries. And “Houston is the most multi-cultural city in the U.S. now,” he said. “People don’t have to leave the country to experience international missions.”

The advice Alexander has begun giving to churches in Illinois is to make the mission trip a mentoring trip, much as he did with university students. He advises pairing youth and adults in mentoring relationships on the field, rather than sending out groups of youth or adults only.

“Multiple times I’ve seen students come home with a commitment to missions,” Alexander said, with 29 students committing to church planting under his ministry. And the experience that teams have on the mission field feeds the discipleship pipeline. “In a two-week mission trip, we can development more discipleship than in a year in a classroom.”

The mission trip, even in somewhat familiar surroundings, is a good laboratory. “When many people get put in these situations, they have to ‘faith’ their experience—faith as a verb, rather than a noun. They don’t know what to do, and it creates teachable moments,” Alexander said.

As for using mission trips for discipleship, “you’re benefitting the mission field, but also benefitting your church by developing disciples.”