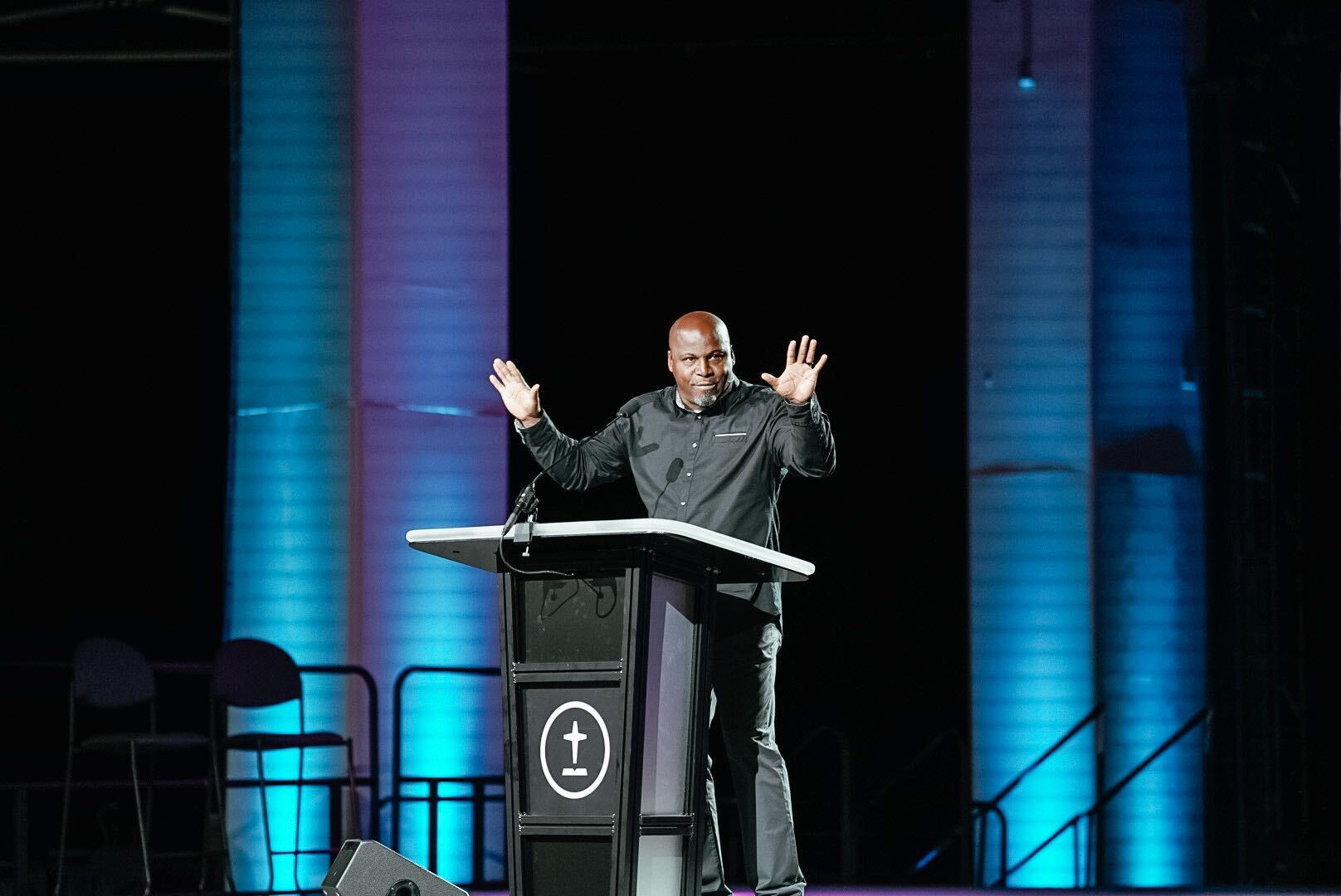 “Jesus plus nothing equals everything!” proclaimed Marcus Hayes, preaching on Colossians 2:1–7 during the 2022 Pastors’ Conference in Anaheim, California.

“Don’t add anything else to the gospel.”

Believers should be careful not to allow what’s “on the outside … to permeate the body of Christ.”

“The gospel can stand all by itself,” he said.

Paul’s love for the Church

Paul, he said, was burdened, agonizing in his love for the Colossian Christians, although he had never met them in person.

Some of the things that were happening outside the church at that time were beginning to impact the church on the inside, he said.

He said that research has shown that millennials don’t come to church for three subjective reasons:

Paul’s encouragement to the Church

Paul encouraged the believers to “be knit together in love,” as different ideologies, philosophies and religious practices were threatening the truth that Jesus is enough.

“Don’t give up on the gospel because the gospel never gives up on you,” said Hayes, pastor of Crossroads Baptist Church in The Woodlands, Texas.

The Apostle Paul, he said, wanted the believers to be “settled in their understanding” on the deity and sufficiency of Christ, because “how you think is going to be how you function.”

“Let the gospel saturate your heart, mind and soul,” he implored.

He warned attendees that “whenever division is in the room, the devil is right behind it,” calling on unity in the church, which theologian Francis Schaeffer described as the “final apologetic” for the watching world.

Paul’s challenge to the Church

The first command recorded in the book of Colossians is found in verse 6, he said, which directs believers to “walk in Him.”

Using the illustration of a football player running with a football, Hayes said that players tuck the ball close to their side.

Similarly, Christians are called to “keep Jesus close. Don’t allow culture to cause you to fumble,” Hayes said.

The result of Paul’s words will be that believers are “rooted, built up, established and abounding in thanksgiving,” Hayes taught.

“Jesus is not trying to come to take sides; He’s coming to take over.