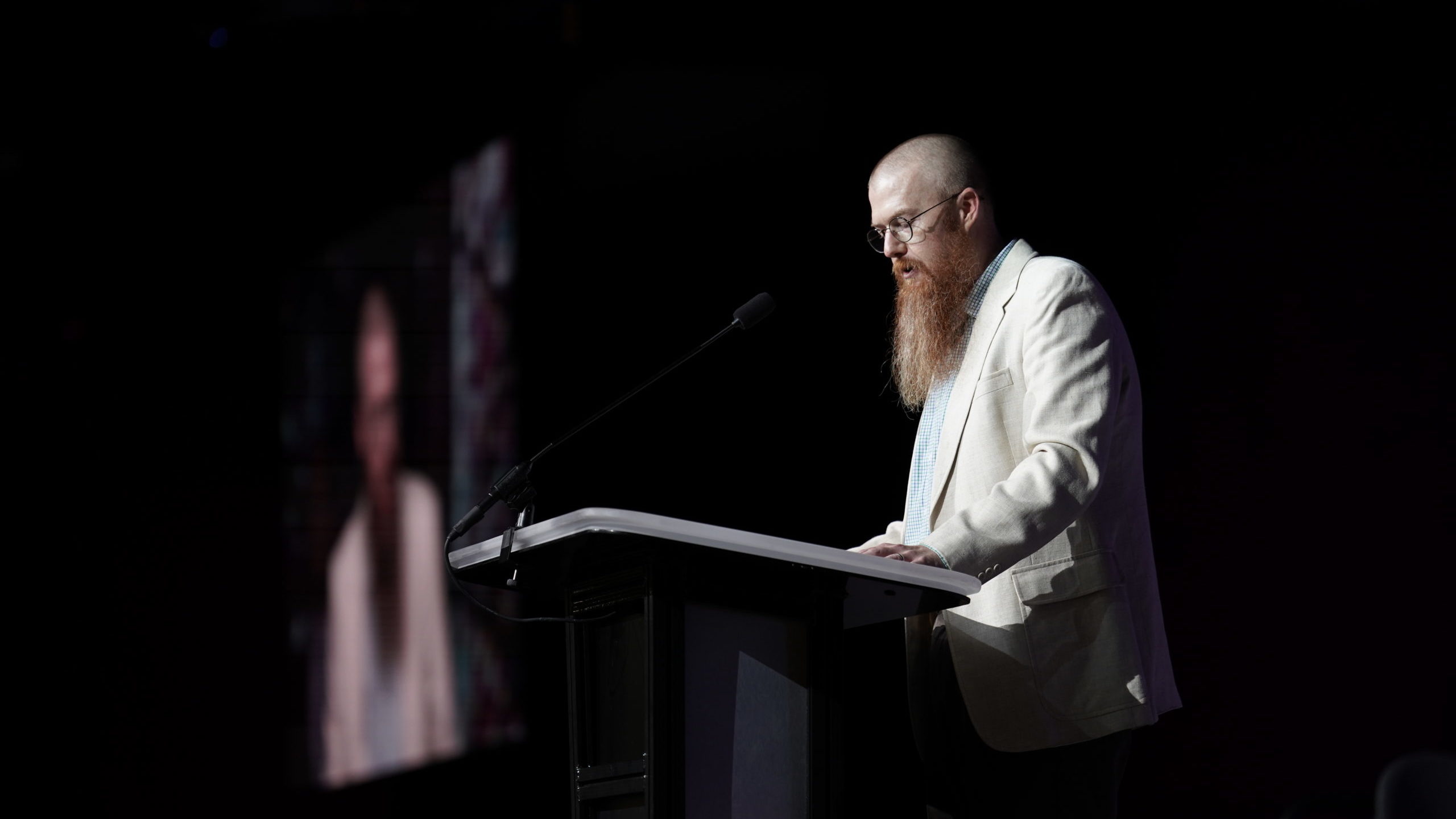 A couple of years ago, Matt Henslee was pastoring in Mayhill, New Mexico, and eating his fair share of chicken-fried-chicken sandwiches slathered with fry sauce at the small town’s only café.

Then he was called as preaching pastor of First Baptist Church Farmersville, Texas, where about 320 people participate in Sunday worship, and associational missionary for the 127 churches in Collin Baptist Association. He wore those two hats while actively parenting with his wife, Rebecca, their four adopted daughters, ages 12, 13, 14 and 15.

Earlier this year Henslee took on yet another assignment: president of the SBC Pastors Conference, which takes place in the same city in the days before the annual meeting of the Southern Baptist Convention.

“It’s the hardest thing I’ve ever done,” Henslee told The Baptist Paper. “It took my time away from my family, friends and hobbies, but the experience helped me refocus on my spiritual health, my quiet time with the Lord and time management so I’m not just running on fumes or neglecting my family or ministries.”

Being president of the Pastors Conference involves raising the money for the event, selecting the speakers, developing a theme, event planning and promotion, and more.

The more than $360,000 Henslee raised went to pay for the space at the convention center, musicians, union workers, catering and airfare and lodging for 30 members of their team of preachers and musicians.

It was important to Henslee, he said, that enough money came in during fundraising so the offering taken wouldn’t need to pay conference expenses.

“I didn’t want our offering to move backward and pay our costs, but move forward and be a small part in blessing retired pastors and widows through Mission:Dignity,” the Pastors Conference president said. “Our closing preacher, Al Jackson, retired after over four decades at his church. I thought it fitting that we kick off Mission:Dignity after he preached Paul’s farewell in Colossians.

“As pastor, Al focused almost exclusively on preaching the Word faithfully, reaching the lost and raising up men who today are serving in ministry all over the world,” Henslee continued. “Some of those same men helped jump-start our offering months ago by raising several thousand for this incredible ministry that helps retired pastors and widows financially.”

Criteria for the speakers

Henslee received around 500 nominations from across the SBC to help select Pastors Conference guest preachers this year.

Henslee listened to countless sermons to weed out any who weren’t expositional preachers. He did more research to ensure potential speakers adhered to the Baptist Faith and Message 2000 and  the Chicago Statement on Inerrancy and were committed to cooperating with Southern Baptists.

“This has definitely given me a thicker hide,” Henslee said. “The attacks have been somewhat constant, mostly from people far too busy online than pastoring their churches, just looking, searching for something to complain about, but we knew what God called us to do and Southern Baptists trusted us to do, so we put our hands to the plow and didn’t look back or give the slightest attention to the so-called ‘boo-birds.’”

Henslee decided to have the speakers preach through the New Testament book of Colossians which is, he said, “something that gets to the call of pastors, certainly, but something that unites all of us. It’s something practical and like many of us, all about Jesus.”

The 12 speakers are from small, medium and large churches in rural, urban and suburban settings. “We wanted to reflect on the platform who Southern Baptists are,” the Pastors Conference president said. “I wanted everyone to be able to say of at least one speaker, ‘That guy gets where I’m serving.’

“I was probably most excited for the one person who is just barely hanging in there, who gets a timely word that keeps them persevering through a difficult season,” Henslee continued, “and we already had that. I met a pastor who flew in from across the country, arriving right as we were starting and went to his seat, luggage and everything. He shared with me after the session that he’s ready to give up but was very encouraged by the preaching and singing.

“At this point,” Henslee added, “I guess since that prayer was answered, I’ll pray for even more pastors just like that: pastors barely hanging on by a thread being encouraged by the pastors around them, on the platform or even me and our team who are milling around to encourage pastors throughout the conference.”