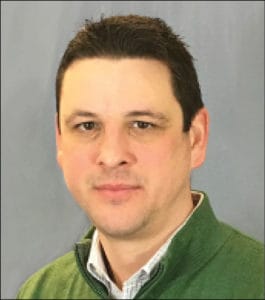 As I was reading through Romans recently, I came across a verse I’ve seen several times. This time, however, it caused me to pause. The Apostle Paul wraps up the letter by sending his greetings to people who were special to him personally. One of those individuals was a man named Apelles. “Greet Apelles, whose fidelity to Christ has stood the test” (Romans 16:10).

I’ve never heard of Apelles. He’s not to be confused with Apollos. He wasn’t as well-known as Paul or Peter. He did not possess the notoriety of Barnabas or Timothy. Yet, as I thought about it, the one thing he is forever remembered by from this account in Scripture, is his faithfulness to Christ.

I began to think through how, if I could be remembered by one line, what impression I wanted to leave. I couldn’t think of anything better than the legacy Apelles lived and left.

So, how do we develop a faith that stands the test? In my personal observation, it’s not by constantly looking back at past failures or successes, or by constantly looking around at current problems and struggles. Standing the test comes by looking forward to the time we stand before Jesus and our potential reception of eternal rewards.

Randy Alcorn writes, “Five minutes after we die, we’ll know exactly how we should have lived. But God has given us his Word so that we don’t have to wait to die to find out. And he’s given us his Spirit to empower us to live that way now.”

Missionary and martyr Jim Elliott wrote prior to his death in an Ecuadoran jungle, “He is no fool who gives what he cannot keep in order to gain that which he cannot lose.” Then he proved it.

And pastor and evangelist Johnny Hunt puts it succinctly: “I wish to live in a way that I would have hoped I had, once I get to heaven.” When we live in light of eternity, recognizing that we will stand before Jesus at his judgment seat, we are reminded that everything matters now.
Paul describes the moment: “For we shall all stand before the judgment seat of Christ” (Romans 14:10). “For we must all appear before the judgment seat of Christ, that each one may receive the things done in the body, according to what he has done, whether good or bad” (2 Corinthians 5:10).

What Paul describes in these verses is the bema judgment seat of Christ. It is reserved exclusively for believers. Heaven and hell are not at stake; the rewards for our service are. In New Testament days, a bema seat resembled a stair step. It was used as the official seat of a judge in a sort of tribunal. It resembled a throne that Herod built in the theater of Caesarea by the Sea, from which he watched the games and made speeches.

Every believer will give an account of himself and the Lord will judge those decisions believers made. Paul, knowing and believing this, wrote, “Therefore we make it our aim, whether present or absent, to be well pleasing to him” (2 Corinthians 5:9).

Understanding how Jesus will judge believers does two things. It challenges us to focus intently on those areas we know will be reviewed, clarifying what is ultimately and eternally important. And it reminds us that while the Christian race is difficult at times, in the end it all will be worth it.

Adam Cruse is pastor of Living Faith Baptist Church in Sherman. He is concluding his term as IBSA vice president.