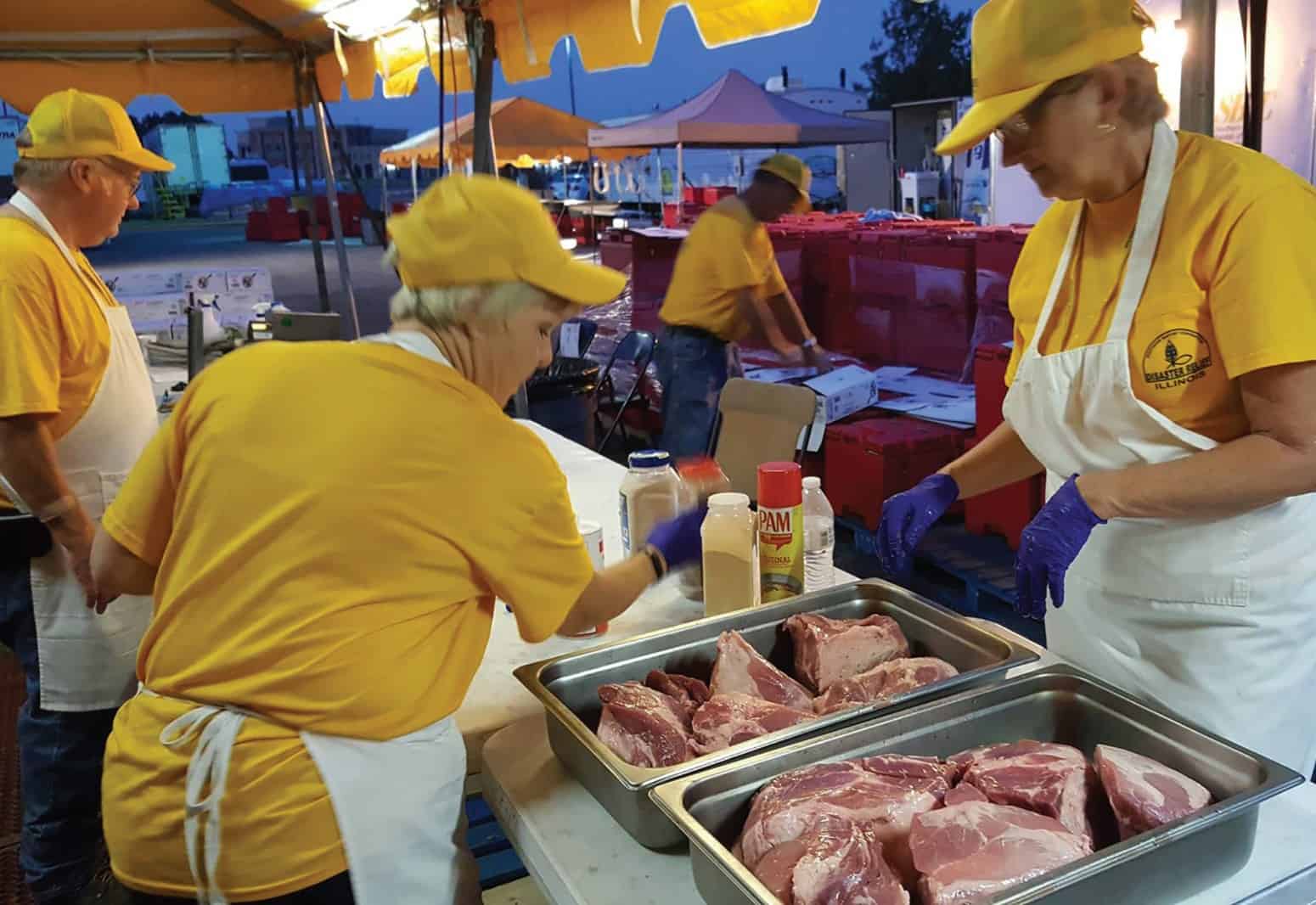 Springfield | A difficult year for many people in the U.S. meant Illinois Baptist Disaster Relief (IBDR) volunteers were hard at work in 2017.

The most extensive callout was to Texas, where Hurricane Harvey left many homeowners displaced in August. Two childcare teams were the first Illinois units to deploy. They were stationed at the Dallas Convention Center, where they attended to children while their parents—refugees from flooding in Houston—stood in lines to meet with insurance companies and government agencies.

All other ILDR teams were sent to serve in the Vidor, Texas area. Two shower and laundry trailers from Franklin and Macoupin Associations were deployed. They provided 8,700 showers, and volunteers completed approximately 2,320 loads of laundry. Glenn and Sharon Carty spent three weeks in Vidor working with a laundry/shower trailer team. “You feel for the people and all they’re going through,” said Sharon. “But it’s the children who break your heart.”

Also in Texas, a 26-person mobile kitchen team based out of Living Faith Baptist Church in Sherman was staffed by volunteers from around the state and used to prepare over 40,000 meals.

As the callout continued, IBDR was asked by national Send Relief to take on a greater role. Dwayne Doyle, IBDR state coordinator, said, “IBDR incident command led the First Baptist Church, Vidor, Texas, joint ministry site between the new Send Relief program of the North American Mission Board and Southern Baptist Texas Convention Disaster Relief. During this time, our volunteers gave leadership to more than over 500 students from churches and universities across the nation.”

Illinois teams are continuing the work in Vidor, with more workers scheduled to return in January.

Earlier in the summer, heavy rains led to record flooding in Lake County, near the Illinois-Wisconsin border. Volunteers worked on nearly 150 homes, doing mold remediation in an effort to help homeowners get ready to rebuild. Their efforts have resulted in a church plant in Round Lake, as local Disaster Relief volunteers have followed-up with homeowners.

Disaster Relief volunteers also served in Illinois after early spring tornadoes in northern and southern parts of the state. Volunteer Don Kragness worked in the southern Illinois town of Vergennes. He summed up the motivation of many Disaster Relief volunteers when he told local television station WSIL, “We are here, basically, because we love Jesus and we want to serve him, and the best way we know how to serve him is to help people when they’re in need.”

Illinois has nearly 1,600 trained Disaster Relief volunteers. Their ministry is made possible through the generosity of churches and individual donors, and the volunteers themselves, who help provide equipment, supplies, and fuel for travel. To learn more about the callouts, training, and how to donate, visit IBSA.org/dr.