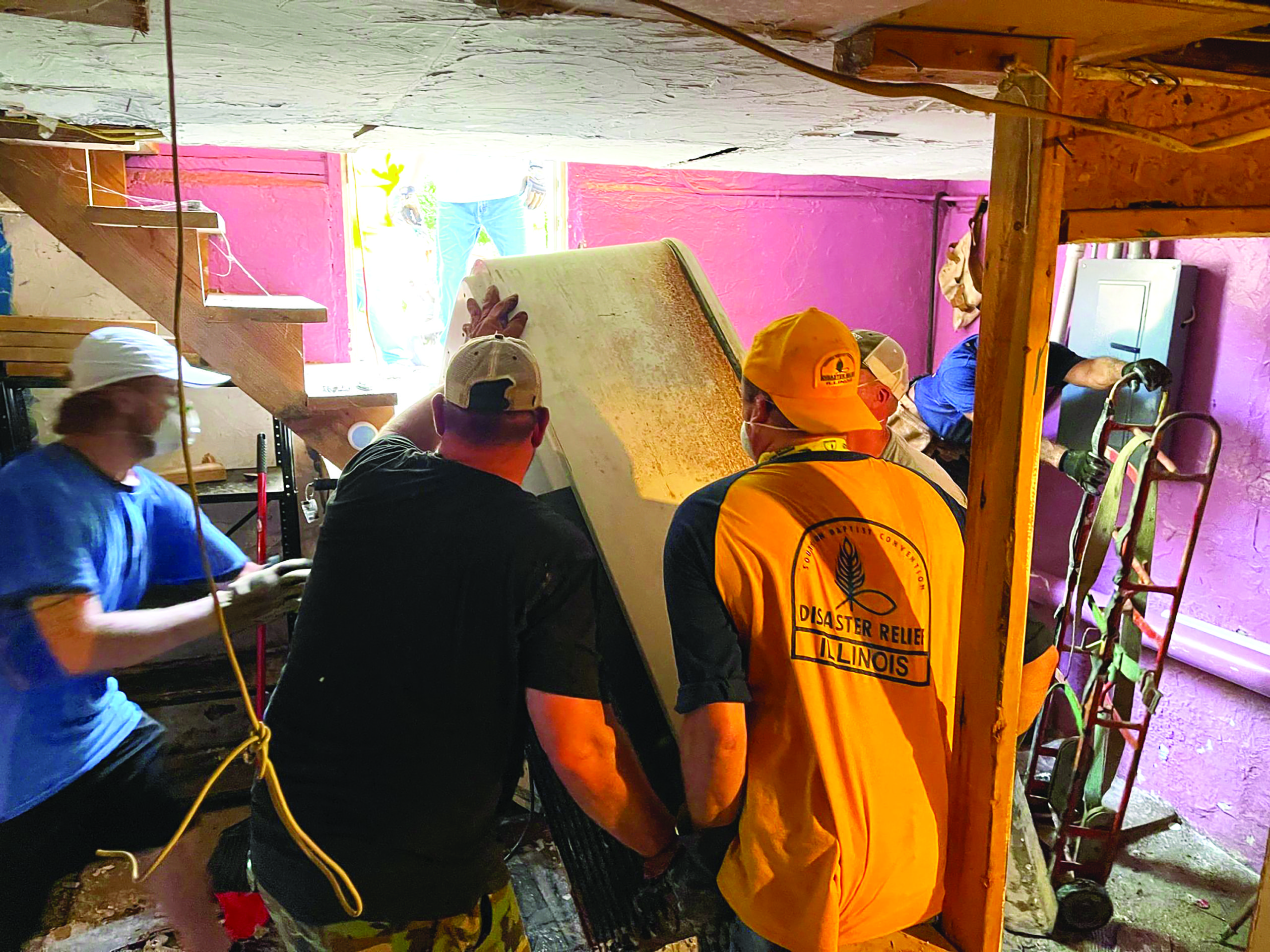 Flood damage in Metro East was mostly confined to basements. A work crew from First Baptist Bethalto cleared damaged appliances from a home in East St. Louis before knocking out waterlogged sheet rock.

A wide green line on a map of East St. Louis encircles most of the town. It’s the flood zone hit by the same storm system that flooded St. Louis on the other side of the Mississippi River and inundated seven counties in Kentucky in late July. The record floods in Kentucky killed 37 people, and Missouri flash floods broke a 100-year-old record. While news of those stories filled screens and pages, the damage in East St. Louis was largely unreported.

Except to Illinois Baptist Disaster Relief.

Missouri and Kentucky Baptists began digging out in their states, and Illinois teams headed to Metro East to set up an Incident Command Center, handle childcare for residents engaged in filing for assistance, begin assessing damage to homes, and scheduling work teams.

Within a week, 190 requests for assistance had been filed with IBDR. 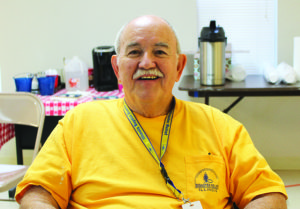 “We hope to be finished by the end of August,” IBDR assistant state director Harold Booze said midway through the project.

Incident Command was established at Spring Valley Baptist Church in nearby Shiloh, with the shower and laundry unit from Macoupin Association and the kitchen unit from Williamson Association. Also on site was a new freezer trailer, part of a Quick Response team. Booze reported work teams coming from Michigan and Colorado, and partners from American Baptist, Lutheran, and United Methodist Disaster Relief teams were expected to assist.

Among their first projects was clearing the flooded basement of a woman known in the community for feeding homeless people.

“She was having a hard time letting go of things,” Booze said. “It’s understandable, if you’ve lived in a house since 1965.”

My first experience at flood recovery was very emotional for me,” he said. “You’re removing trees and cutting limbs, but then you’re inside someone’s home, often helping them sort and haul out their belongings. Then you’re tearing out walls, down to the studs. It’s emotional for the homeowner, but it was also for me,” Booze said, recalling his early DR experiences.

Booze is one of three assistant state directors, along with Dennis Felix and John Lindeman. Butch Porter recently retired as state DR director.

On this callout, more than 1,200 contacts were reported as assessors went house-by-house responding to requests for help. “People have no idea how many lives are touched,” Booze said. Chaplains assigned to the work crews meet with flood victims, giving them time to vent and cry and to ask spiritual questions.

“The teams pray for the homeowners when they finish at a site and give them a Bible signed by the whole team,” Booze said. He found people in East St. Louis especially receptive to prayer. “Here, residents are asking to pray for us!” he said, with some amazement.

The kitchen to feed work team was set up at Spring Valley Church. “I can’t underestimate the importance of having a sister church open their doors and host DR,” the director said. “It may be inconvenient for them—having DR take over the facilities and crews sleeping in classrooms. But it’s a blessing when they do.”

The team fed work crews hot breakfast at the church, packed sandwiches for lunch on the work sites, and served a hot meal for dinner. A new Quick Response feeding unit is on order. The 12-foot trailer will be capable of serving 400 meals at a time using three volunteers. The unit will be housed at Dorrisville Baptist Church in Harrisburg.