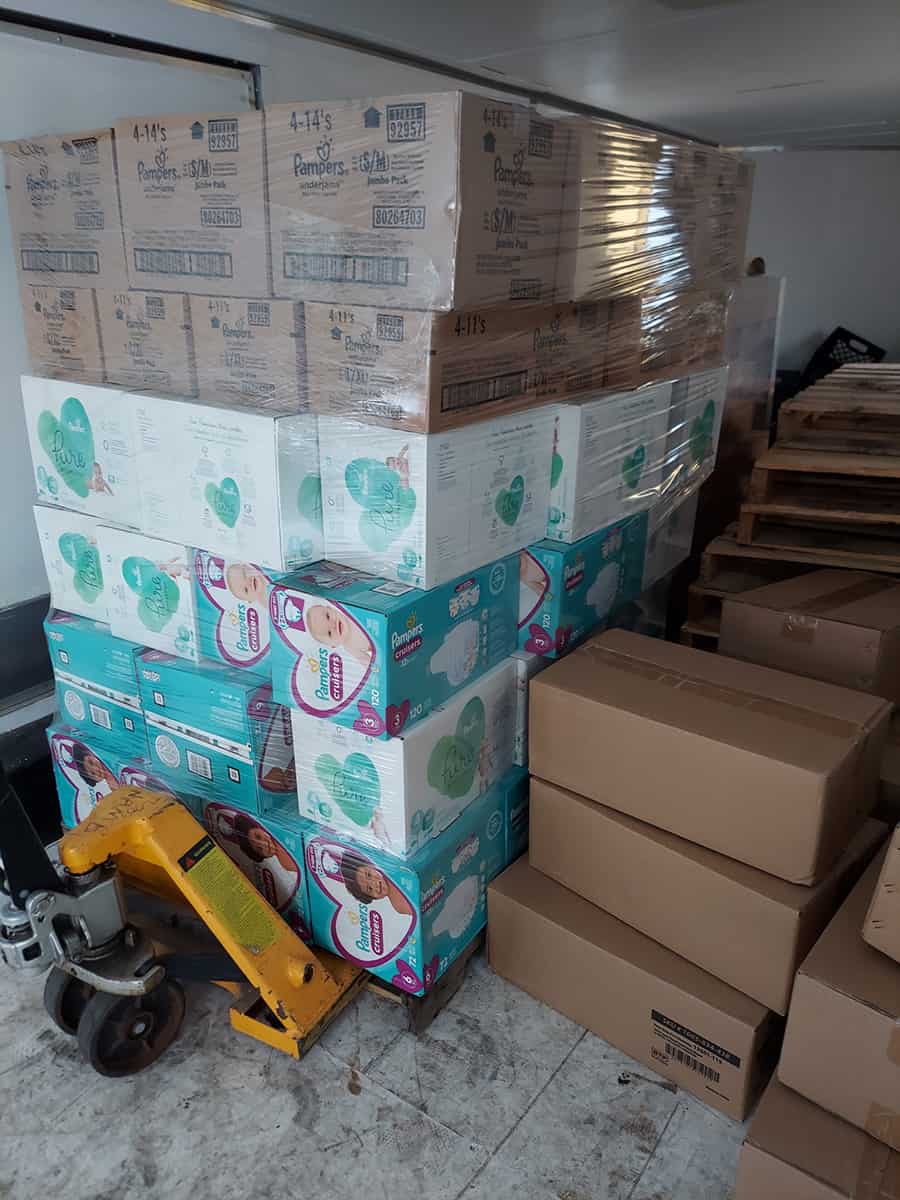 A pallet of supplies provided by IBDR for Afghan refugees. 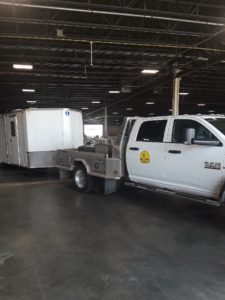 An IBDR truck and trailer with supplies to unload for Afghan refugees at O’Hare airport in Chicago.

Preparing for an influx of Afghan refugees, the American Red Cross contacted Illinois Baptist Disaster Relief August 27 with a request for personal hygiene items. The items were requested for refugees arriving at O’Hara Airport in Chicago.

IBDR volunteers Pam and John Danner delivered a load of diapers, baby wipes, sanitary wipes, and personal hygiene kits to one of the airport’s hangars. O’Hare airport is ranked as the second busiest in the world and could see many Afghan refugees pass through its gates.

From July 2018 through June 2019, 38 Afghan refugees settled in the Chicago area. Last year, around 100 settled in the state. With end of the war in Afghanistan, more than 500 refugees are expected to settle in Illinois in the coming months according to the Refugee Action Network.

“We are thanking God for the privilege to serve Him,” IBDR coordinator Sharon Carty said regarding providing the supplies.

Illinois Baptist Disaster Relief has over 950 trained volunteers who serve as part of the Southern Baptist Convention’s Disaster Relief agency, the third largest disaster relief agency in the U.S., behind only the Red Cross and the Salvation Army. 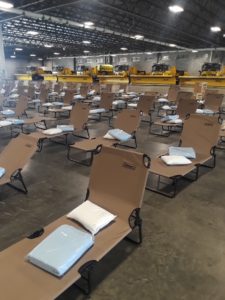 Cots made ready for Afghan refugees at Chicago’s O’Hare Airport.