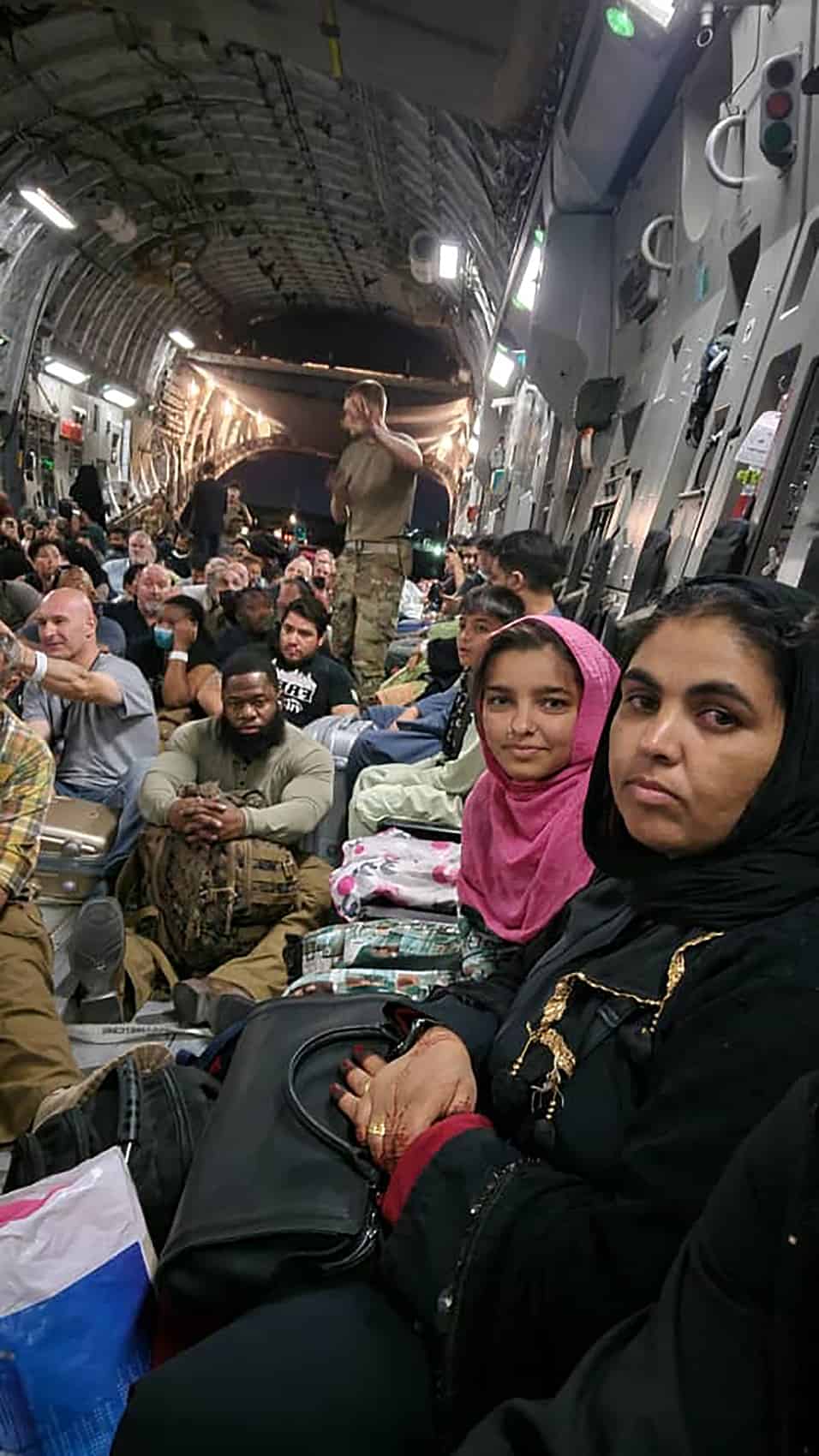 Ali’s family escaped Afghanistan aboard a military cargo plane; so far, the U.S. has evacuated 95,000 people.

IBSA is encouraging churches to pray for people fleeing Afghanistan while working with World Relief in Chicago to prepare for the arrival of some of the thousands of refugees who may make their new homes in Illinois.

IBSA Missions Director Brad Lovin was on military reserve duty when the imminent fall of the Afghan government after the withdrawal of U.S. troops became clear. Lovin served a one-year tour of duty in that nation in 2011. He was immediately concerned about his friend, Ali*, who served as Lovin’s translator during his deployment.

“Ali would die for me, and I would for him,” Lovin said. He shared Christ with Ali for the year they worked together and often in the decade since. As the news broke, Lovin was texting Ali in Afghanistan. Ali and his family were visiting relatives there this summer.

With Lovin’s assistance, the family immigrated to the U.S. in 2014, and are now U.S. citizens. They located in Louisville, Kentucky, while Brad was studying at Southern Seminary. Their two families became good friends.

But a second Afghan man, Ali’s brother-in-law James*, who had also served as Lovin’s translator, was still in Afghanistan last week. In his spare moments while on reserve duty, Lovin continued to press the State Department and Illinois congressional representatives for assistance. At press time, James had been in the crush of people trying to reach the military section of the Kabul airport. He escaped several explosions and planned to try again later. Lovin is praying and staying in contact. For him, the war-like situation is real and personal.

That may be one motivation for his missions involvement through IBSA and his ongoing concern for Islamic people.

The U.S. has evacuated 95,000 people through Kabul airport so far. It is not known how many were Afghan nationals. Many are in processing centers in middle eastern and European countries. Those who aided Americans during the 20-year U.S. military operation in the nation are likely to come to the U.S. In July, Congress authorized 34,500 visas.

Humanitarian organization World Relief, with offices in Chicago, is preparing for the arrival of Afghan refugees in Illinois. They are teaming with Southern Baptists’ Send Relief.

“World Relief will help them get housing and jobs, and start making a life here,” Lovin said. Approximately 6,000 Afghanis live in Chicago presently, according to the IMB Diaspora Coalition. They will offer community for new arrivals. But for Lovin and Illinois Baptists, the new wave of immigrants expected in about one month presents gospel opportunity.

And for local churches everywhere, there is prayer.

“We need to pray for the Afghan people as many are fleeing with nothing but the clothes they have on,” said Bryant Wright, president of Send Relief. “Any remaining Christians will be targeted. The women and girls who are left behind will lose the freedoms they’ve gained over the last 20 years. May the church minister to any refugees our government allows in who have supported American efforts or faced persecution there.”

Ali’s family braved transport out of Afghanistan on a military cargo plane. They have since flown into Dulles Airport and driven home to Louisville, Kentucky. The Lovin family is meeting them there for a reunion, while encouraging Baptists everywhere to take Afghan refugees to heart.

Read a first-person account of Brad’s continued witness to his former translator.