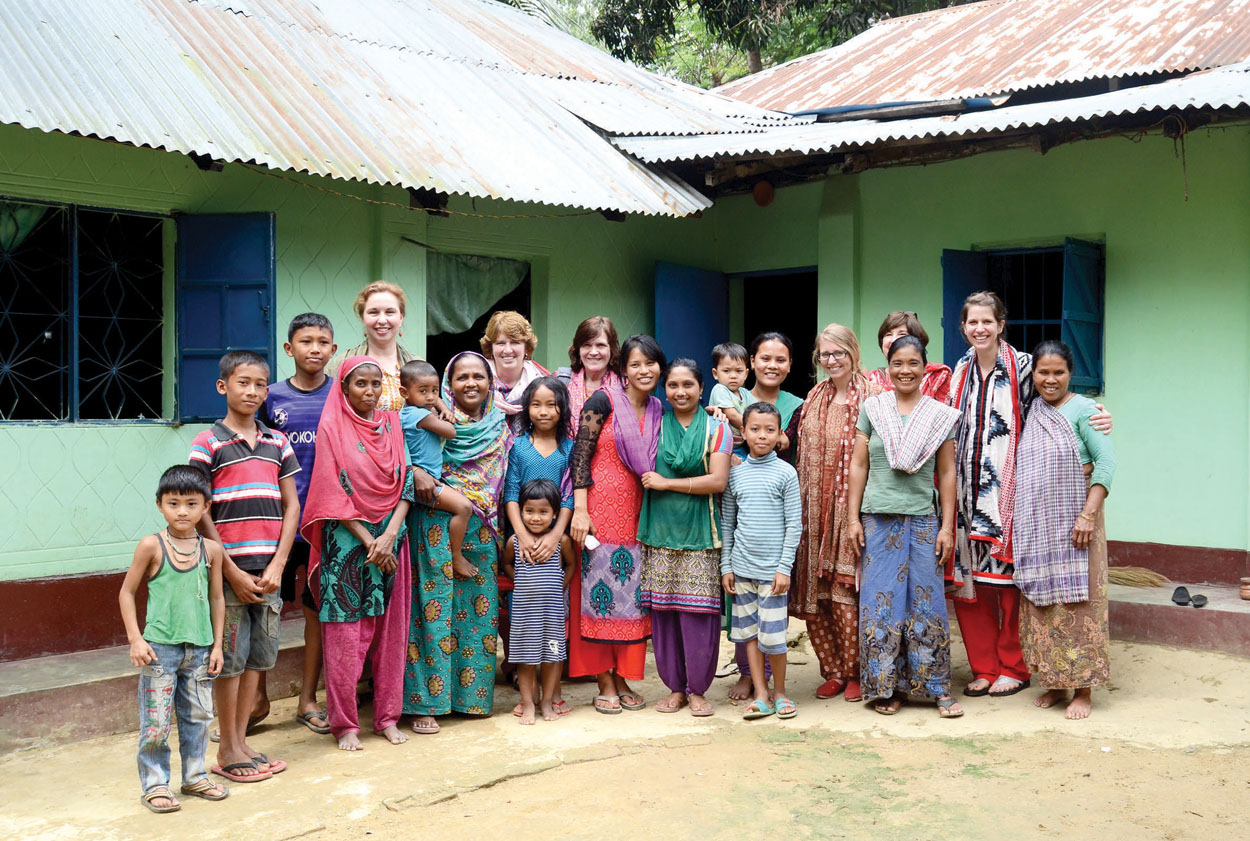 Bethalto | It took a trip to Bangladesh to remind Gail Faulkner of what she’d lost by living for 10 years in the comfort of the United States.

“Without realizing it, I had become comfortable and apathetic,” said the former International Mission Board missionary, who served with her husband, Chip, in South America and the Caribbean before moving to Bethalto, where he pastors First Baptist Church.

“I did church,” Faulkner said, “but I didn’t realize until God took me away that I had lost the passion and the urgency of the gospel.”

In Bangladesh, on a mission trip with several other women from Illinois, Faulkner found what she’d been missing – the understanding that the light of the gospel shines the brightest in the darkest places. Now, back in Illinois, Faulkner and her mission teammates are telling their churches what they experienced in South Asia, so that others might hear and respond to the call to go.

Every year, more than 24,000 Illinois Baptists are involved in sharing the gospel, both in their own communities and through short-term mission trips to places around the world. When those teams come back from their mission field, their churches benefit from their experiences, said Mark Emerson.

“It personalizes the mission work,” said Emerson, associate executive director for IBSA’s Church Resources Team. People in the pews can feel disconnected from mission work because the people and places are foreign to them.

“But having people in our own church participate in a mission trip allows us to put a face to the missionary. And it also shows us that it can be done. You know, we know the person who did that.

Lindsay McDonald is a “living brochure” for missions. That’s how Emerson describes the pastor’s wife from First Baptist Church, Casey, who returned from South Asia ready to share the story of what God did through their team and is still doing in Bangladesh.

“She is just overflowing talking about that story in her church, in her association, all around the state, and she’s contagious,” Emerson said. “People are catching what she has.”

In the small town of Casey – known for the world’s largest rocking chair and bird cage, among other landmarks – Lindsay and her husband, Jon, are leading their church to think through how to reach their community, their state, their country, and the ends of the earth with the gospel.

“I hope that I can be a catalyst for other people to go,” Lindsay said after her experience in Bangladesh. People can see the pictures she took and hear her stories, “but they haven’t really seen it with their heart until they have been there. And if I could encourage everyone to go, I would say, ‘Just go. Just step out in faith.’”

People in their church are ready to move to a new stage of missions – personal involvement, Jon said.

“I think the ladies going on the trip lit a fire in our church that’s burning brightly. I think people are beginning to see that ‘I am responsible to make sure that the gospel goes to Jerusalem, and Judea, and Samaria, and to the uttermost parts of the earth.’”