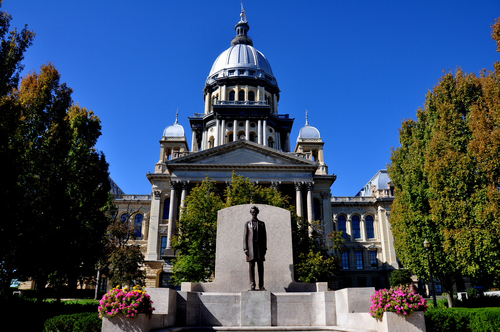 It may have an innocuous sounding name—The Reproductive Health Act—but pro-life advocates say House Bill 2495 is far from it.
Ralph Rivera, legislative chairman of Illinois Right to Life Action, said, “It’s massive. It takes away the rights of the unborn. The bill will end all restrictions, all limitations to abortions throughout all nine months of pregnancy. No exceptions, literally any reason, no reason. It’s the most extreme law, more extreme than New York’s.”

Last month, the state of New York approved the nation’s most liberal abortion legislation to date, allowing termination through all nine months of a pregnancy.

• Create a fundamental right to abortion with no restrictions for any reasons throughout nine months of pregnancy
• Allow non-physicians to do surgical abortions
• Mandate all private health insurance plans to cover abortions without any restrictions, co-pays, or cost-sharing of any kind. This would mean “two, three, four abortions a year, no barriers to sex-selective abortions…abortion for birth control if you will,” Rivera said. No exemptions are included for churches or other religious institutions.
• Repeal the Abortion Performance Refusal Act (745 ILCS 30/1)
• Change the term “pregnant woman” to “pregnant individual”

Another bill, HB 2467 (Senate Bill 1594), would repeal the Parental Notice of Abortion Act, which currently requires doctors to notify an adult family member of a patient under 18 prior to an abortion.

“The status of these bills right now is that they are all waiting to be sent to committees for hearings,” said Rivera. “There is time to reach out to legislators and urge them to vote no on these bills.”

17 times more abortions since HB 40
WICS-TV in Springfield filed a Freedom of Information Act requesting the number of taxpayer-funded abortions carried out since House Bill 40 became effective last year. The law provides taxpayer-subsidized abortions for women covered by Medicaid and state employee insurance.
The Illinois Department of Healthcare and Family Services reported the state reimbursed abortion providers for 1,561 abortions from January to June of 2018. The state reported 84 such procedures from that same time period in 2017. The 2018 total represents a 1,758% increase, with patients ranging in age from 12-45.

Homeschool bill tabled
Alton Rep. Monica Bristow introduced HB 3560 Feb. 15, which would authorize Child Protective Services to investigate homes of homeschooling families “to ensure there is no suspected child abuse or neglect in the home.”
News of the bill spread quickly among the homeschooling community and its supporters on social media; the bill was tabled Feb. 21.

‘Pro-life’ gains ground
A new Marist Poll found Americans have made a sudden shift toward the pro-life position, following reports of New York’s new full-term abortion law. The survey taken Feb. 12-17 found the shift to be largest among Democrats and people under 45.

“Current proposals that promote late-term abortion have reset the landscape and language on abortion in a pronounced—and very measurable—way,” said Marist Poll director Barbara Carvalho. Americans are now as likely to identify as pro-life as pro-choice—47% each. Last month, the numbers were 55% pro-choice to 38% pro-life.