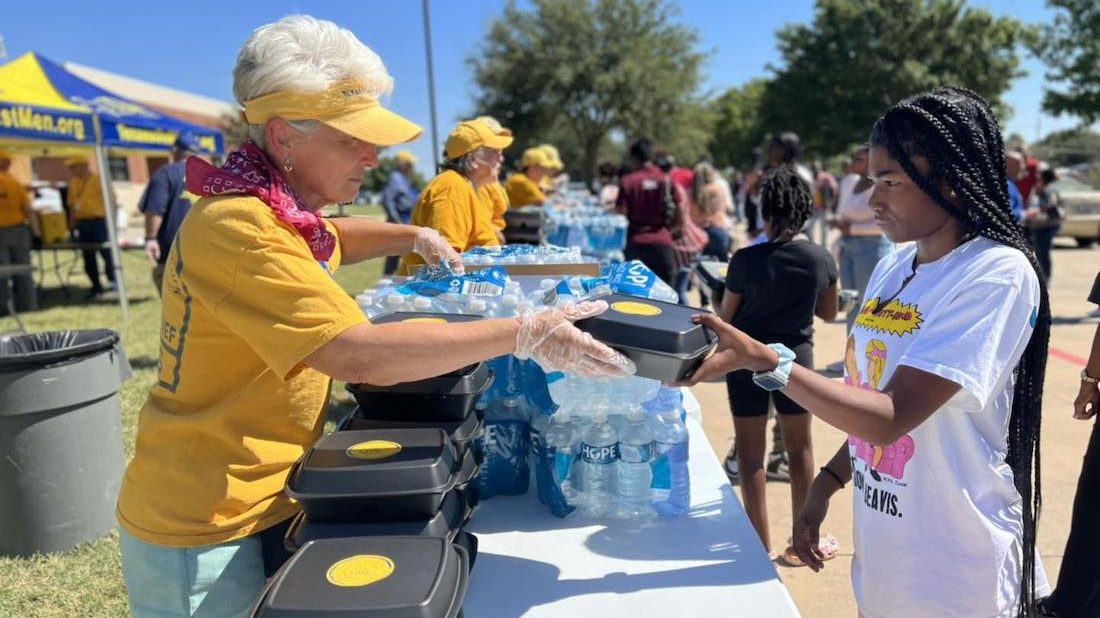 Southern Baptist Disaster Relief volunteers prepared more than 700,000 meals in the first three weeks after Hurricane Ian slammed the Florida coastline with category 4 winds and water. With no electricity or potable water around Fort Myers, the situation grew desperate for people trapped there. And Southern Baptists responded quickly.

Eleven churches immediately opened their facilities for DR teams that were deployed from 21 states. Illinois Baptist Disaster Relief’s Glen Carty delivered an 18-wheeler with equipment for relief work, and Illinois teams were placed on stand-by for a short time while national Send Relief directors planned a coordinated response.

The Illinois team set up at First Baptist Church of Venice, along with teams from Midwestern and northern states. As of Oct. 24, the combined effort by 21 states had produced 200,593 work hours, 2,539 jobs completed, and most important, 1,747 gospel presentations with 163 professions of faith.

“This is the Cooperative Program and the cooperative work of who we are in action as multiple state conventions come together to aid in this response,” said David Coggins, state director for Florida Disaster Relief.

“People won’t necessarily remember your name, but they will remember that someone cared enough even in the midst of a disaster,” said North Carolina Baptist volunteer Valerie Cook who was working at a shower and laundry unit.

Ian was the deadliest storm to hit Florida since 1935, killing at least 114 people.

The multi-state response after Hurricane Michael hit Florida in 2018 was 145 days. The callout following this storm could easily last as long. “We will stay here as long as, obviously, the need is here and the work orders and the jobs warrant us having a site here,” Coggins said.

– with info from Baptist Press and The Baptist Paper