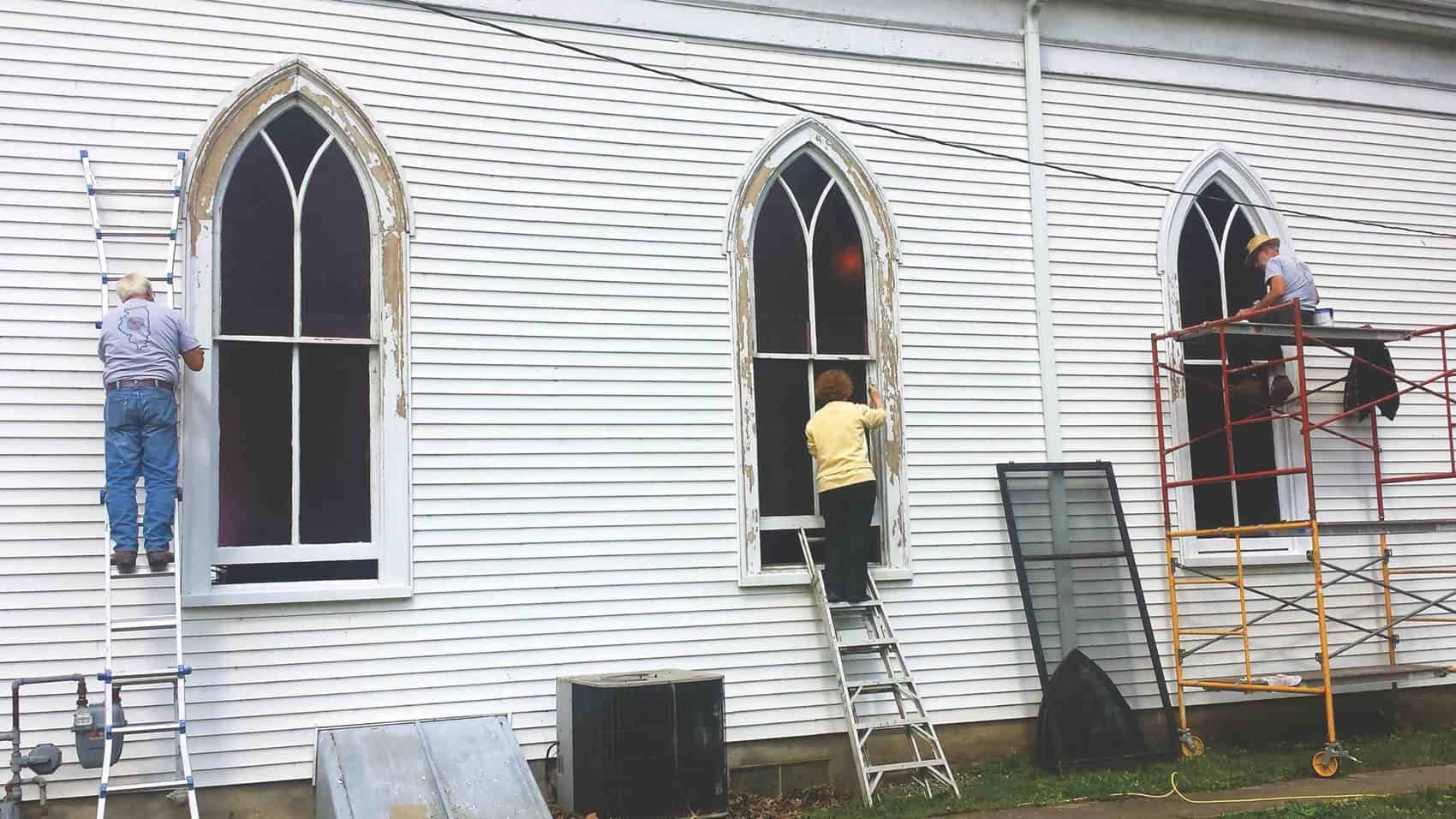 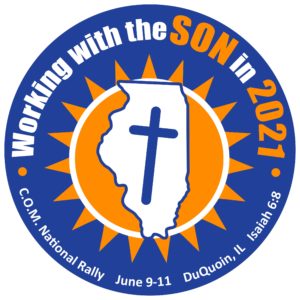 Editor’s note: Campers on Mission from around the country will gather in southern Illinois this month for a 3-day National Rally. The meeting schedule is full of missions training and worship, plus messages from IBSA pastors and ministry specialists. Go to IBSA.org/missions/campersonmission for more information.

DuQuoin | Dick and Karen Mowers decided more than 40 years ago what they wanted to do once they retired. Even before they were married, the Quad Cities couple agreed they wanted one day to serve as mobile missionaries. They’ve made good on that promise, investing in a group known in Illinois and across the country as Campers on Mission.

The mission volunteers, many who are retired, are “a perfect match” for them, said Karen, who now serves as secretary for the Illinois chapter of Campers on Mission. Over the past seven years, the couple has served with their fellow volun­teers across Illinois. Some projects take volunteers outside the state.

Much of the Campers’ work throughout the year is behind the scenes, said the Illinois chapter’s president John Lindeman. He likens the group to “a cog in the wheel” of the ministry going on around them. But even if they don’t get to see the end result, the Campers value the opportunity to do work that helps others share the gospel, he said.

“We just thrive on that knowledge, that we’re part of the picture.” 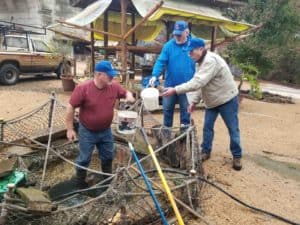 The Campers’ 2020 mission project schedule was different due to the COVID-19 pandemic, and 2021 is too because they’re preparing to host the Campers on Mission National Rally June 9-11 in DuQuoin. But they’ve still found time to help churches and ministries across Illinois. They set aside one week a month from April through October to assist with construction projects and other needs.

Most of the volunteers travel to their project sites in their own campers and stay there during the week. Some volunteers don’t have campers, so they make other arrangements or stay at the church where they’re serving. Illinois Campers on Mission currently has 46 active members, plus more than 80 others who serve occasionally and support the group financially and with prayer.

“The heart of every one of our folks is to promote the kingdom of Christ,” said Lindeman, whose background in construction includes 16 years as a teacher at a youth boot camp in Murphysboro. After he retired, he and his wife, Francie, joined Campers on Mission.

The group celebrated its 45th year of service last year. Over the years, they’ve completed 273 work projects, including annual work weeks at the Baptist Children’s Home in Carmi and at Lake Sallateeska and Streator Baptist Camps. At the camps, they help prepare the grounds and facilities for campers who will come to hear the gospel.

The Campers also serve individual churches, like Road to Freedom B.C. in Galesburg. In 2020, volunteers put in new ceilings in the church’s sanctuary and a large Sunday school classroom. “They put in over 2,000 square feet of sheet rock, did all the finishing of it, and the painting,” said Pastor Marvin “Bull” Shultz. The Campers also put in new lighting. “And they did it all in a week,” he said. Plus, they helped Road to Freedom host a community outreach.

The projects they worked on at his church were things that had to get done to maintain the building, Shultz said, noting the Campers bring very specific, God-given talents to the table. “We supplied the materials,” he said, “they provided all the labor.” 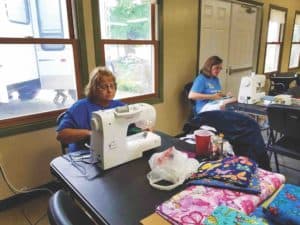 One of the group’s strengths, Mowers said, is their variety of skills and experiences. Some have backgrounds in business and some in construction, like Lindeman. Women often focus on painting, cleaning, and sewing projects, handcrafting “As You Go Bears” and “Salvation Dolls” to share the gospel with children. Campers carry frisbees with the plan of salvation printed on them so they can share as they go, and they’ve also helped churches host block parties and revivals focused on outreach to their communities.

The desire to serve others is what brings the Campers together, and has helped them build a close-knit family of people from across Illinois. The Mowerses arrived at their first work week not knowing anyone. “By the end of the week, we had some lifelong friends that we’re still close to,” Karen said.

She and her husband were out 15 weeks last year on Campers projects. They tell their children they’re safer on the road with their friends doing mission work than they are at home.

“We pray for each other, check on each other, love each other, and gladly serve the Lord with each other. I personally have never been part of another group like this in my life, and we’ve become so close that this long state becomes pretty small with friends everywhere.”

For more information about serving with Illinois Campers on Mission, go to comil.org.