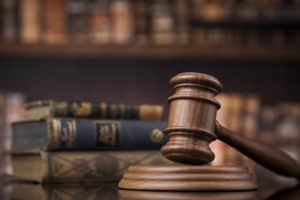 The Illinois Second District Appellate Court issued what some are calling a landmark ruling against Hobby Lobby Stores Inc., saying the corporation violated the state’s anti-bias law by denying a transgender woman employee access to the women’s restroom. If the ruling is not appealed and allowed to stand, it could have far-reaching implications for businesses in the state and nation.

The three-person panel of judges unanimously ruled Hobby Lobby violated the Illinois Human Rights Act by denying Meggan Sommerville access to the women’s bathroom at the Hobby Lobby store in East Aurora, instead directing Sommerville to use the unisex bathroom. Sommerville, 51, has been a Hobby Lobby employee for 23 years, and transitioned at work in 2013. The legal case has been ongoing for 11 years.

Illinois Governor J.B. Pritkzer hailed the ruling as a victory for transgender rights. “I’m pleased to see the court recognize Hobby Lobby’s stance against its employee as what it is: discrimination based on gender-identity,” he tweeted August 15. “As we shape a safer Illinois, we’re on a mission to empower those who too often have been overlooked or forgotten.”

After the ruling was announced, Sommerville’s attorney Jacob Meister told reporters, “This decision will have national implications and start the process of courts around the country addressing the issue of bathroom access.”

Bloomberg Press noted “the ruling marks a significant development in an element of LGBT employment rights that the U.S. Supreme Court didn’t address in its landmark 2020 decision in Bostock v. Clayton County, which said federal workplace law prohibits discrimination based on gender identity or sexual orientation.”

The Second District also upheld a $220,00 judgment against Hobby Lobby for emotional distress and attorneys’ fees. It unanimously rejected an argument by Hobby Lobby’s counsel that the sex of an individual is an immutable condition.

Sommerville continues to be employed by Hobby Lobby.

–Lisa Misner, with additional reporting from Forbes and Bloomberg.