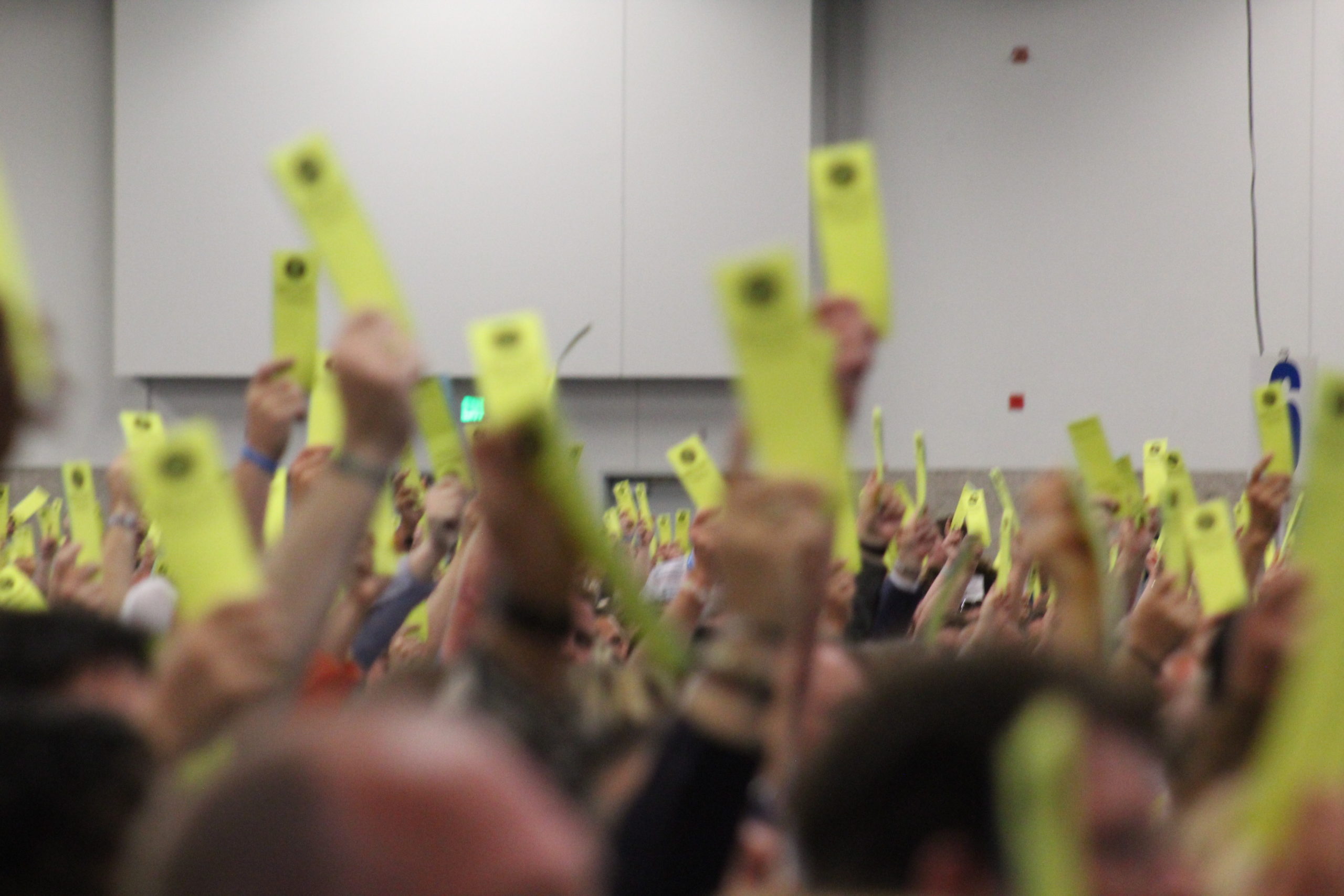 With upraised ballots by an estimated 90% of messengers present on Tuesday afternoon, the Southern Baptist Convention accepted the recommendations to minister to abuse survivors and establish procedures in the convention to prevent perpetrators from moving from one church position to another.

After the vote, Bruce Frank, the chair of the task force was grateful, but waiting for the outcome of the presidential election, saying implementation will be affected by the new president who will name a successor committee to the SATF. “We’re grateful for what we saw the Lord do,” Frank said. “A lot of changes need to be made, but it’s a start.”

In Illinois, response to the vote was also positive and grateful. “Messengers to this year’s Southern Baptist Convention spoke clearly in their support of the two recommendations brought by the Sex Abuse Task Force,” said IBSA Executive Director Nate Adams. “I believe the Task Force listened carefully to concerns and questions that came as a result of their initial report draft, and sought to address those as much as possible in their final report.”

Adams is leading a review of IBSA policies and ministries for handling abuse claims and ministering to survivors. “While the recommendations themselves do not presume to direct autonomous state conventions, the overall report did include five requests of state conventions, and IBSA is already underway in our review and work to respond fully to those requests.”

Illinois’s two trustees on the EC shared their gratitude as well. Sharon Carty of Carlinville said, “I am very pleased the vote is over and the report accepted favorably. I do feel relief as this has and continues to burden me greatly.” I truly respect the privilege to serve on the EC and more importantly the privilege to serve our Lord. My heart aches for all who are hurting, and it is my mission to do all I can to serve in any way I can. God has a plan and we must follow.”

And Adron Robinson of Country Club Hills said, “I am grateful to the messengers of the 2022 SBC for approving the SATF recommendations. I am also heartbroken by the content of the report and the political games played by some of our brothers and sisters in an attempt to block the SATF recommendations. Going forward I pray that our convention will work together to fulfill the Great Commission and the Great Commandment as we feed the sheep–and fight the wolves.”