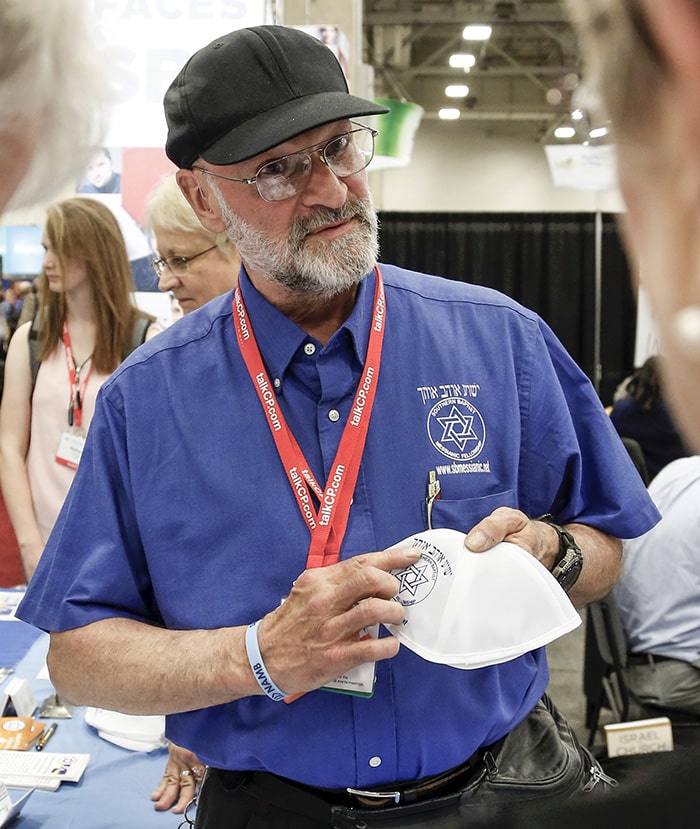 Ric Worshill remembers the beatings he endured his eighth-grade year. They always happened in the same place as he walked to Hebrew school. He remembers the perpetrators who “were supposed to be Christians.”

Worshill identifies as a Jew who recognizes Jesus as the Messiah. He is a North American Mission Board-endorsed chaplain and executive director of the Southern Baptist Messianic Fellowship. He also serves with Illinois Baptist Disaster Relief.

A worldwide rise in reports of antisemitism should concern Southern Baptists, he said. In its most recent annual report, the Anti-Defamation League (ADL) recorded 2,717 antisemitic incidents, a 34% increase from 2020 and the most since the group began keeping track in 1979. That’s an average of seven incidents of harassment, vandalism, or assaults per day.

Antisemitism is prevalent in American pop culture too. NBA star Kyrie Irving was suspended from the Brooklyn Nets without pay in early November after tweeting the trailer of a movie accused of having antisemitic tropes. He was reinstated weeks later after issuing an apology. He still lost an endorsement by Nike.

And rapper Kanye West’s praise of Adolf Hitler in an interview with Infowars’ Alex Jones followed a string of social media posts and statements viewed as antisemitic, costing him several business partnerships including those with Adidas and Gap.

The rise in antisemitism points back to a simple source, Worshill said: “Satan. He hates the Jewish people and wants to do everything he can to destroy them,” he said. “We as Christians need to understand that our faith comes from that faith. There are something like 327 references to Jesus that I’ve found in the Hebrew translation of the Old Testament.”

After thirty years as a police officer in north suburban Evanston, Worshill pays close attention to violence at houses of worship. The Tree of Life Synagogue shooting in Pittsburgh in October 2018 killed 11. Another shooting in 2019 at a California synagogue claimed one life and injured three others. In January 2022 a man took hostages at a Texas synagogue and later died in a shootout with police after the hostages escaped.

As recently as Dec. 5, the ADL reported a father and son wearing yarmulkes in Staten Island were shot at with a BB gun.

“I go to synagogues and teach them about security,” said Worshill, who retired in 2015 and is a NAMB chaplain to law enforcement. “I’m a Jewish person who is a Christian, but (synagogue leaders) respect me and contact me.”

A desire to reflect Christ should be important to those wanting to push back on violence, he said. He told the story of a reporter who was impressed by a Messianic Fellowship meeting at First Arabic Baptist Church in Phoenix. The worship included praise songs delivered in both Hebrew and Arabic, with some Spanish mixed in. The reporter, who identified as an atheist, later accepted a ride home from organizers of the meeting. She heard the gospel from them and prayed to receive Christ.

“Southern Baptists should be against all forms of prejudice, bigotry, and hatred,” Worshill said, adding that there are Jewish people all over the world being mistreated by people of other religions, including those professing Christ. “We should be like Christ and love on them,” he said.

“There needs to be an urgency in us to share the gospel with every single person we meet.”