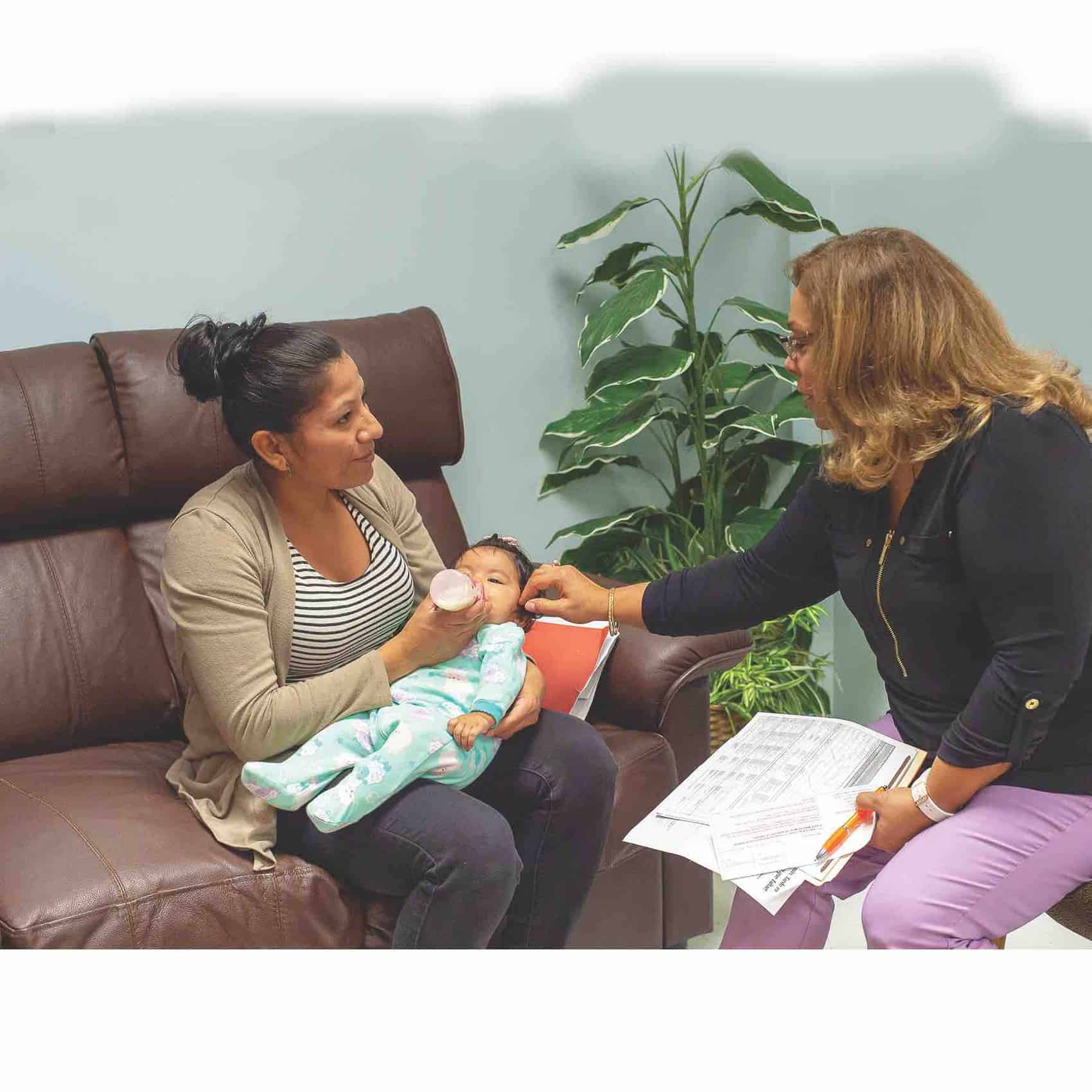 Amory’s life changed forever when she saw those two blue lines on the pregnancy test. Thinking it was a false positive, she took it again, and again, three more times.

She had just finished graduate school, accepted her first job as a speech-language pathologist, moved into her own apartment and finally found a guy who she believed liked her back. However, their relationship was rocky, and Amory had no idea how he would react to the idea of being a father.

Terrified of potential judgement and ridicule and almost too afraid to even seek help, she scheduled an appointment with Liberty Women’s Clinic, a pro-life pregnancy center in Kansas City, Mo. Thanks to the clinic’s ultrasound machine, Amory saw her baby’s heartbeat for the first time. The emotions that flooded her heart were surreal, overwhelming. She knew she was going to be a mother. There was no doubt she was keeping her baby.

Ryder entered the world, and Amory says he brings her incomparable joy. When he says “I love you,” she cannot imagine her life any other way.

Amory’s story is not uncommon for women who receive care at Liberty and other pregnancy centers dedicated to saving lives. Ultrasound technology is often referred to as a window into the womb, giving mothers a vivid picture of the life they carry inside them.

Vital technology
For the past 16 years, the Ethics & Religious Liberty Commission (ERLC) of the Southern Baptist Convention has donated ultrasound units to clinics like Liberty across the country through the Psalm 139 Project. So far, the project has funded and placed 20 machines.

Bobby Reed, chief financial officer of the ERLC, said the project is a very practical way for those passionate about the sanctity of human life to get involved and make a real difference.

Carol Graham, founder and CEO of Liberty Women’s Clinic, said that in the 12 months since they received the ultrasound machine, the clinic has provided nearly 4,000 services to more than 650 women. Nearly 300 of those women had a positive test result, 231 were eligible for an ultrasound, and 209, to their knowledge, chose life for their child. That’s a 90% rate of choosing life for those who saw their unborn child on an ultrasound.

“Ultrasound is truly what makes a difference for young women who are teetering on the edge of a decision between life and death of their child—the quality of that image is vital,” Graham said. “The truth presented in the ultrasound image and the compassion of his people poured out on the broken, provides an avenue to set captives free from their current anguish and the future despair of a decision to end their pregnancy.”

Undeniable evidence
Greenspoint Pregnancy Assistance Center is staffed by just eight volunteers and one ultrasound technician. But even with the small staff, director Flora Lopez said 102 women gave their lives to Jesus in the past year through the ministry.

Lopez recounted the story of a new mother she recently served. The mother was 14 and came into the clinic with her grandmother. The grandmother was encouraging her granddaughter to have an abortion because she also had one when she was younger. Both of them were confused and hurting.

Lopez said the grandmother told her granddaughter she could get an abortion but it would all be OK in the end because God would forgive her. “That statement broke my heart,” Lopez said.

But the pair agreed to an ultrasound appointment for the very next day. Lopez said the grandmother told her if, in the ultrasound image, the baby appeared developed, then her granddaughter would not have an abortion.

The rest of the day, that night and the morning, the staff of the center spent time in prayer asking God to work in the hearts of the two women, to change them and convince them to choose life for the child. When the time came for the ultrasound, both grandmother and granddaughter were moved to change their minds about the abortion.

Lopez recounts what the grandmother told her after the appointment. “I cannot deny, I saw it in the ultrasound. That’s my great-grandbaby.”
Lopez said 97% of the women who come into the clinic and receive an ultrasound choose life for their baby. Even through this small center, the director said 50 lives of unborn children are saved in a year, averaging one child—one life—a week.

“When we encounter a woman that does not know the Lord, and we’re able to share the gospel, not only the person is being saved, but also their souls are being saved,” Lopez said. “That’s the main focus—sharing the gospel and the good news of Jesus Christ.”

For more information on the Psalm 139 project, visit psalm139project.org.