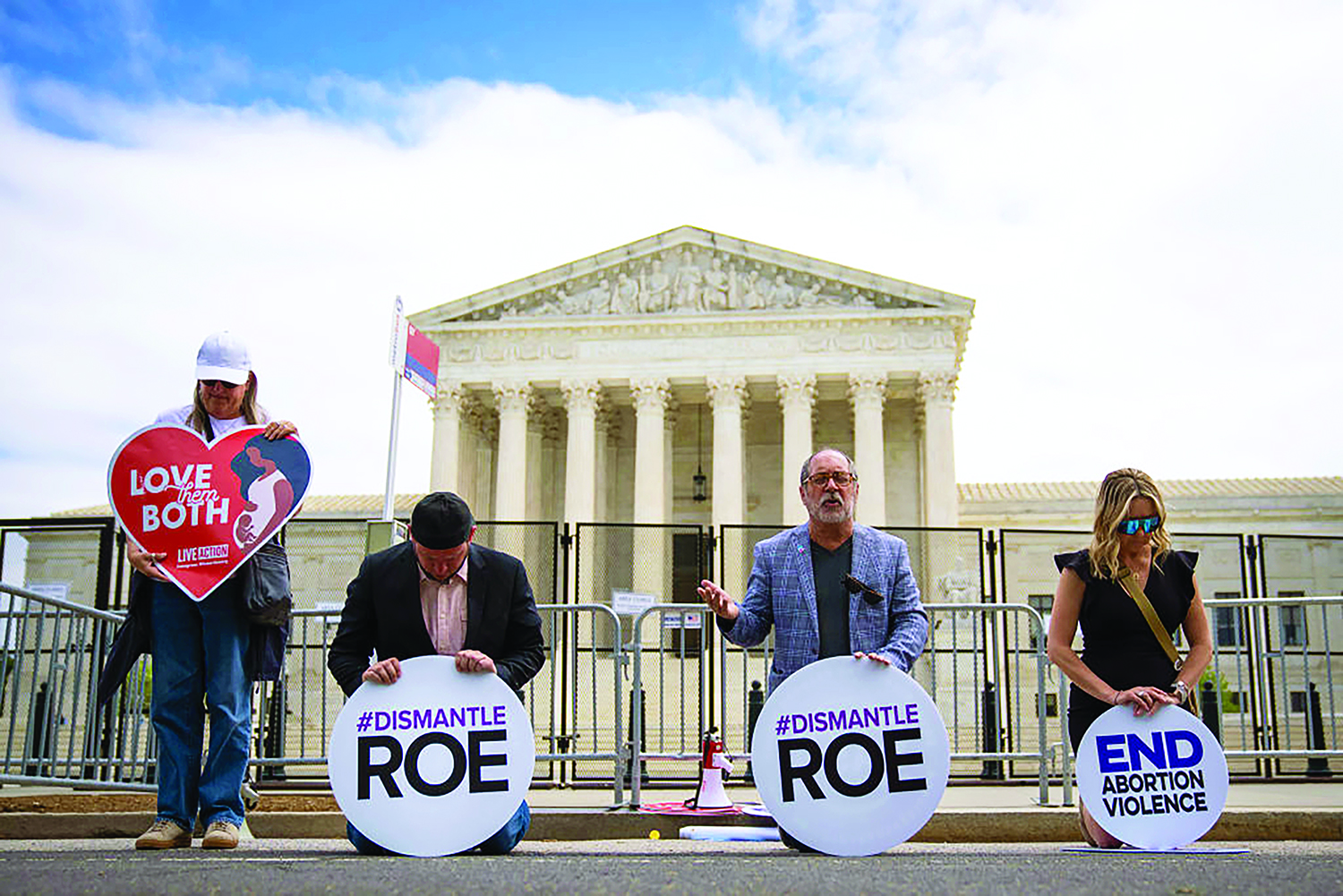 Pro-life is a stance; pro-love is an action,” Elizabeth Jeffers Ledbetter said. “We want to be known more for what we’re about, than what we’re against.” Ledbetter is ready to share that message with women, especially those facing an unplanned pregnancy. And especially as the legal landscape over abortion is shifting.

The Steelville resident is one of many Christians (and Illinois Baptists in particular) planning for new realities in their pro-life work after the U.S. Supreme Court rules on Dobbs v. Jackson Women’s Health, the Mississippi lawsuit that is predicted to overturn Roe v. Wade, the landmark 1973 case that legalized abortion throughout the United States. Even before that ruling, many states are moving to restrict abortion by limiting the time frame during which terminating a pregnancy is allowed.

Analysts are predicting abortion would be banned in at least 26 states. Illinois is not one of those states.

In anticipation of the court’s ruling, pro-abortion lawmakers and other advocates worked to make Illinois what they call the abortion “oasis” of the Midwest.

Planned Parenthood built a new abortion facility in Fairview Heights that has capacity three times its current use. The facility was initially a response to successful efforts in Missouri to shut down its three abortion clinics. Illinois has 25, according to the Guttmacher Institute.

On May 9, the Chicago Department of Public Health pledged $500,000 to provide people from neighboring states access to abortions. A few days later, Gov. J.B. Pritzker announced the state would give $5.4 million in federal and $5.8 million in state tax funds to family planning clinics. And “choice” advocates are working the phones, planning potential clients’ trips to Illinois for the procedure.

Ledbetter has been watching these events for months. “Illinois is the central hub with [pro-life states] around us moving in a different direction,” she said. In this environment, Ledbetter and the ministry she represents “want to be that light that gives pregnant women hope.”

In 2020, 46,243 abortions were performed in Illinois, with 36,174 of them on Illinois residents. The number recorded for out-of-state residents was 9,686 (383 were unknown), an increase of 29% over 2019. A recent study by the pro-abortion Guttmacher Institute predicts the percentage of women whose nearest abortion provider would be in Illinois would increase by over 8,000%.

Guttmacher suggests women would drive from across the Midwest (Indiana, Iowa, Michigan, Missouri, Ohio, and Wisconsin) and the Deep South (Alabama, Arkansas, Kentucky, Louisiana, Mississippi, and Tennessee) to reach an Illinois abortion clinic. 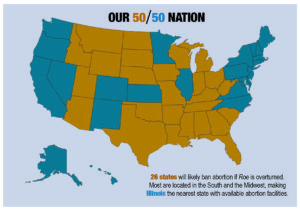 While the possibility of overturning Roe and returning those legislative decisions back to the states is “great news,” according to Debbie Shultz, “we understand that abortion will not end because of this great news.”

An Illinois resident until recently, Shultz is founder of two ministries that assist pregnant women and those who are suffering after their decision to abort a baby. “We keep praying that hearts are changed, because that’s when abortion will ultimately end—when hearts are changed,” she said.

“There is always hope, but there’s a lot of work to do, especially through pro-life organizations increasing awareness of the devastating effects of abortion,” Shultz said. She pointed to recent research showing 50% of abortions are performed on women who have had at least one abortion previously, so reaching those women is crucial.

Shultz started First Steps, a pregnancy resource ministry in Springfield. Later she started Embracing Grace after Abortion, a ministry to women who had an abortion. Shultz said she herself was hurting for 15 years after having an abortion, not knowing that was the cause.

“If we can help them heal after their first abortion, then we can help end the demand for abortion.”

Ledbetter also understands the fear some women experience because she’s been there—single and pregnant. And she wants them to know the answer to an unplanned pregnancy isn’t having an abortion.

Ledbetter, along with Dacia Foote, leads the Embrace Grace group at Steeleville Baptist Church. Over 12 weeks, “we talk about everything, including the fears that go along with an unplanned pregnancy,” Ledbetter said. There is also a testimonial night where participants hear from other women who’ve raised their children and some who’ve given theirs up for adoption.

The support group also gives the pregnant women a peek inside church and church life. “Church can be a very hard place to go to when you feel like you’re being judged,” Ledbetter said. “We don’t want to be the last place a girl goes to for help—we want to be the first.”

Embrace Grace offers a Bible study, which teaches women about their value to God. It includes a “Princess Day” where they have their hair and makeup done. “We celebrate how they are the daughter of the King,” Ledbetter said with excitement.

The entire church commits to participating in Embrace Grace. Individuals and families sign up ahead of time to “adopt” women who join the group. That includes sitting with them at church services, inviting them to church events, and making them feel welcome and loved.

“I went to church my whole entire life. My father was deacon, and it was hard to go back (to church),” she explained. Ledbetter has raised her daughter in church because “I wanted my daughter to know Jesus like I know Jesus.”

At the end of the 12 weeks, each group member is given a baby shower funded by the church. “If you have a baby, you’ve given birth in the last few months, or if you’ve chosen adoption, we’ll throw a ‘Celebration of Life Shower’ too.”

Ledbetter says she wishes there had been a group like Embrace Grace when she was pregnant. “I was 21 and living a worldly life when I found out I was pregnant,” she sighed. “If I could have found a place, people like this, I would have joined it.”

For scared, uncertain pregnant women, Illinois can become a different kind of ‘oasis.’ “We need to be the hope for these women,” Ledbetter urged, when pregnant women are asking “What’s next?”

“The church should be what’s next; we want to be beside you when you choose life.”

To learn more about how your church can get involved, visit EmbraceGrace.com.

Post-Roe vs. post-abortion: Baptists have a larger goal in mind

Abortion by the numbers