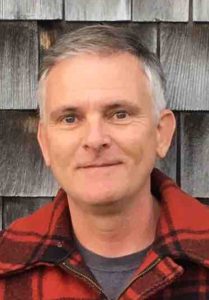 Question: My talkative 16-year-old son seems quieter lately and isn’t really having fun with his friends like he once did. He is a great kid, but I’ve notice he is eating less and interacting less. Do you think he might be depressed?

Answer: It has been estimated that one-in-five American teenagers meet criteria for either depression or anxiety at some point before age 20. In most cases, depression is categorized as mild, moderate, or severe. Determining whether a teen has mild to moderate depression is sometimes difficult even for medical professionals. Symptoms of depression in adults may vary from those of teenagers, complicating matters even more.

Depression is all the more serious when a child reports having frequent thoughts of death, dying, or suicide. If your child tells you they have not only thought about suicide but have developed a plan to carry it out, you must take immediate action by getting them to an emergency room.

With the limited information you have given concerning your 16-year-old son, it sounds like he may have some symptoms of depression, if those symptoms have lasted for two weeks or more. Whether he has a medically treatable depression should be determined by his pediatrician. Medication and counseling together have been proven most effective in treating moderate to severe depression.

If it’s determined that your son is struggling with mild depression, there are some strategies to help him. Focusing on gratitude for God’s grace is a powerful way to combat mild depression (this requires focus that teens may lack if their depression is too severe). Other helpful strategies include movement and exercise, being in the great outdoors with God’s creation, tackling creative projects, promoting a healthy diet, engaging in less computer and screen time, looking forward to planned future events, encouragement from parents and friends, and positive experiences that expand his world.

I would also add this: enjoy your son’s company and let him teach you something new.