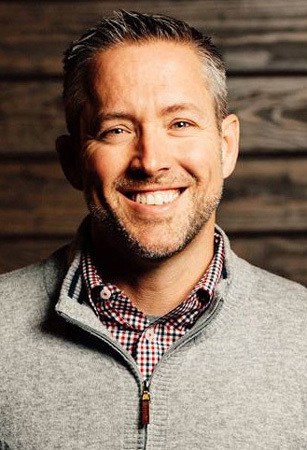 Greear, 44, “is all about what Southern Baptists have been all about,” Whitten, pastor of Idlewild Baptist Church in Lutz, Fla., told Baptist Press in relaying his intention to nominate Greear during the SBC annual meeting June 12-13 in Dallas. “We bleed missions. We bleed evangelism, and we bleed the Gospel of Jesus Christ … J.D. Greear will give us the opportunity to impact another generation while continuing to honor the former generation of Southern Baptists.”

At the 2016 SBC annual meeting in St. Louis, neither Greear nor current SBC president Steve Gaines received a majority of votes on the first or second ballot for president. So Greear, pastor of The Summit Church in Raleigh-Durham, N.C., withdrew his candidacy and moved that the convention elect Gaines, pastor of Bellevue Baptist Church in Cordova, Tenn., on the third ballot.

In a statement released to BP, Greear said, “I am again allowing my name to be placed in nomination” after “a lot of prayer, encouragement and counsel, with the consent of our [Summit] leadership team and Veronica my wife.”

“The basic things that God laid on my heart haven’t changed from 2016,” Greear wrote, “and I feel more committed to them than ever.”

Among themes Greear would emphasize as SBC president, he wrote, are “the Gospel above all” as the convention’s source of unity; “cultural and racial diversity”; “intentional, personal evangelism”; “church planting”; and “engagement of the next generation in cooperative giving and mission.”

During the 16 years Greear has pastored The Summit, worship attendance has grown from 610 in 2002 to just under 10,000, according to statistics available through the SBC’s Annual Church Profile. Total baptisms increased from 19 in 2002 to 631 in 2017 at the church’s nine campuses.

Over the past two years, The Summit has given more than $1 million through the Cooperative Program, according to the Baptist State Convention of North Carolina (BSCNC), making it the top CP-contributing church in the state in terms of total dollars given in 2016 and again in 2017.

In 2017, The Summit gave 2.4 percent of its undesignated receipts through CP, the same percentage it gave in 2016, according to ACP data confirmed by the church.

Five years ago, The Summit voted to increase its giving through CP to 2.4 percent of undesignated receipts over five years, but the congregation achieved that goal two years early, the church reported.

In 2016, The Summit began channeling all funds it regarded as CP gifts through the BSCNC rather than forwarding some directly to the SBC Executive Committee for distribution according to the CP allocation formula, as it had done previously.

The Summit said its Great Commission Giving totaled $3.8 million (19 percent of undesignated receipts) in 2017. Great Commission Giving is a category of giving established by SBC action in 2011 that encompasses giving through CP, Southern Baptists’ unified program of funding state- and SBC-level ministries, as well as direct gifts to SBC entities, associational giving and giving to state convention ministries.

Included in last year’s Great Commission Giving was $3,542 through the local Yates Baptist Association, according to ACP data, a 700 percent increase from the church’s associational giving in each of the previous four years.

Funding for The Summit’s 40 Southern Baptist church plants is included in its Great Commission Giving as well, the church reported. The Summit has planted 248 churches to date, including 208 outside the U.S., with a goal of starting 1,000 churches in 50 years, according to North Carolina’s Biblical Recorder newsjournal.

Some 158 Summit members are serving as International Mission Board missionaries, the Biblical Recorder reported, with 17 in the “limitless pathways” initiative to mobilize missionaries who continue to work in secular careers while partnering voluntarily with an IMB team.

Greear’s nomination is the first to be announced for the SBC annual meeting.

He and Veronica have four children. Greear holds master of divinity and doctor of philosophy degrees from Southeastern Baptist Theological Seminary.