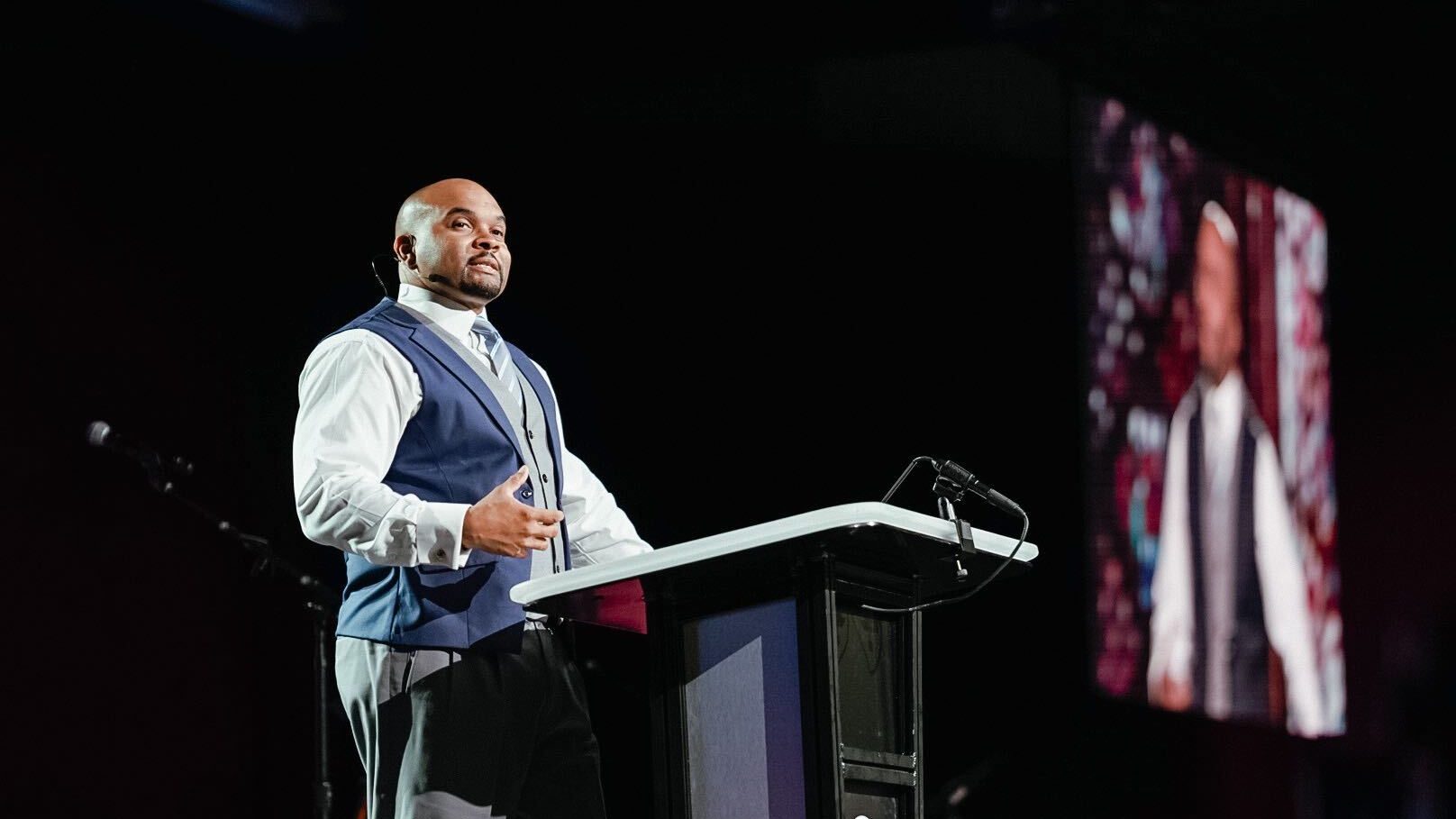 “I am speaking to you, pastor. We think we’ve graduated beyond these 11 verses, but we need to take inventory,” Jones said during the 2022 Pastors Conference in Anaheim, California. Jones was one of 12 pastors selected, representing nine states, to preach at the Pastors Conference.

Jones first called on pastors to examine their motivations. “Most of what we do follows some motivation,” he said, asking, “What is your motivation as a pastor?”

Rather than focusing on earthly motivations, Jones, pastor of The Rock Fellowship in Miami Lakes, emphasized that the Apostle Paul’s words in Colossians 3 direct believers to set their minds on “things above, where Christ is seated at the right hand of God.”

Christians should be “motivated by Christ alone. … I am no earthly good if I’m not heavenly minded,” Jones said, adding, “The only thing that matters is that which belongs to Christ, and that is where our mindset should constantly be.”

Jones taught that Jesus’ seat at the right hand of God indicates, “His work is finished,” and the victory is won.

“We work from victory; we’ve already won,” he said.

Jones described that in monster movies, the monster is always put to death. He said to pastors, “The monster is you — your old self. … Put to death what belongs to your earthly nature. Kill it, ‘David killed it,’” he said, referring to the Old Testament account of David slaying the giant Goliath.

As Jones reviewed the “vice list” that Paul called out in Colossians 3, Jones implored, “Pastors, guard yourself — your heart and mind,” including what pastors might listen to or look at.

Jones, a former college and professional football player, described how he is “heartbroken” when he is with other pastors and the conversation “is like when I was in the locker room,” stating believers need the Holy Spirit to obey scriptural imperatives.

Sanctification, Jones said, is a process.

“We’re undergoing sanctification; it’s ongoing,” he said, comparing the process to that of a teen maturing into an adult.

With a new self, the Scripture teaches there are no differences, but “Christ is all, and is in all.”

The Bible promises believers, “We will be with Him, see Him face to face, be like Him,” Jones said.

Looking at 2 Corinthians 5:17, Jones concluded, as the Christian puts off the old self and becomes a “new person” in Christ, “We have victory. Walk in it.”