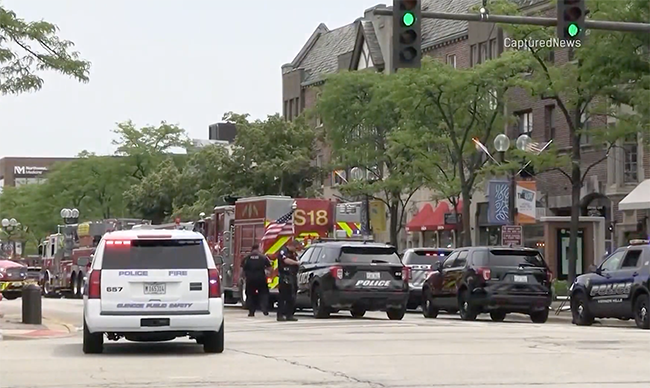 Mass shootings don’t generally happen in affluent Highland Park, where a gunman killed eight and wounded 30 others gathered for a July 4th parade.

“That’s the last place that you would normally, and I say normally, expect stuff like that to occur,” said Rick Dorsey, administrative counsel chairperson with the Chicago Metro Baptist Association. “We’re living in a different time and a different era, and it could happen anywhere.”

“Something like this is just horrific. It destroys most of the people who were there, even if they didn’t see the incident,” said Worshill, who served for years as a police chaplain. “The ones who were there and saw the incident, saw the bodies and the injuries, … if it’s determined that they need counseling, then they have to get help, because it can make someone devastated for life.”

Albert Jimenez, pastor of Iglesia Fuente de Amor in nearby Lake Forest, said the church is helping the Highland Park community through prayer and spiritual support.

“Tomorrow we will be gathering at a park near the incident supporting families and those who were affected and on Friday, we will be meeting at our church with an open invite to the community for those who need more spiritual and emotional help and healing” he said July 5th. “Today, a few minutes ago we were at the place of impact and we started a prayer (for) peace, safety, and for the lives of all who were affected.”

Worshill has been in touch with many in the faith community spanning several denominations since the July 4 massacre.

“The biggest thing Southern Baptists can do is pray for the communities and the surrounding communities, because they’re all going to be messed up for a long time.”

In an email to the Illinois Baptist, Cheryl Dorsey, prayer coordinator at Beacon Hill Missionary Baptist and Chicago Metro Baptist Association, shared about several “vigils and gatherings” taking place locally “where all denominations are coming together to pray and lend support.” Another vigil is set to place Wednesday evening July 6.

IBSA Zone Consultant Bryan Price is working to connect an Illinois Baptist Disaster Relief team with a church near the suburb. 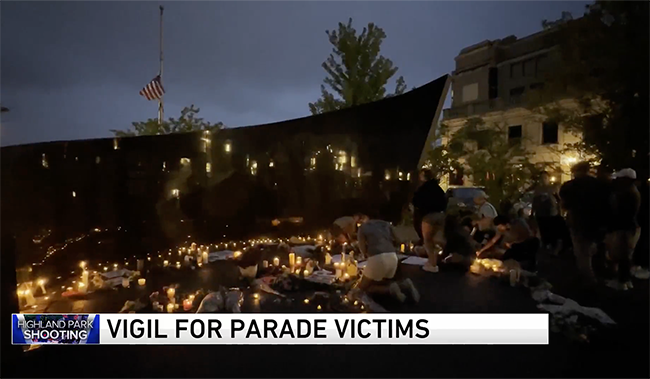 In Allen, Ky., a community of 166 people where three policemen were shot dead and several others wounded trying to deliver a warrant to a private home.

“I think they were stunned. How could something like this happen in a small community like Allen?” Paul Badgett, a Kentucky Baptist Convention regional consultant, said of Allen Baptist Church where he is interim pastor.

“As a community, they’ll have to process through that, because they’re not used to anything like that,” Badgett said. “That would be something they read about that would happen in Chicago or New York City, but not in little Allen Kentucky. So that’s what’s kind of shocking.”

In Kentucky, police arrested Lance Storz, 49, at his home June 30. Police had gone to the home after a woman called 911 to report being held against her will as Storz slept, and safely recovered Storz’s wife from the home.

Storz is accused of firing on police as they returned to the home to issue a warrant related to domestic violence, killing three police officers and a police dog. Several other officers were wounded, the Associated Press reported. Storz has pled not guilty to murder charges.

No arrests had been made in the two shootings in Philadelphia and Minneapolis, but a $20,000 reward is being offered for information leading to the Philadelphia gunman’s capture.

– Baptist Press with additional reporting from the Illinois Baptist