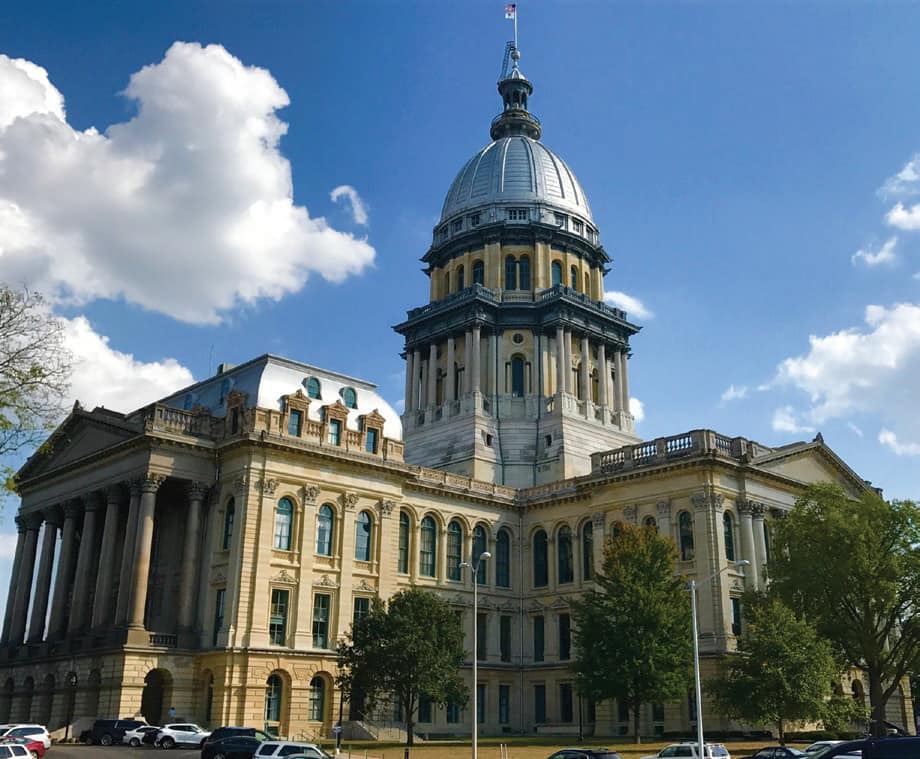 Springfield | Illinois officials are facing a lawsuit aimed at halting the planned Jan. 1 implementation of taxpayer-funded abortions in the state.

The Thomas More Society, a Chicago-based law firm, filed suit in December on behalf of several legislators and pro-life groups who oppose House Bill 40, which provides for coverage of abortions through Medicaid and state employees’ health insurance plans. Illinois Gov. Bruce Rauner signed the bill into law in September after initially pledging to veto it.

The lawsuit argues that the General Assembly has not set aside funds in the state’s budget to pay for the abortions and remain within the Balanced Budget requirements of the Illinois Constitution. It also contends that the law cannot become effective until June 1 because it missed a May 31 cut-off date for General Assembly action.

“We’ve got $1.7 billion more appropriations than we’ve got revenue coming in,” said Peter Breen, special counsel for the Thomas More Society. “I don’t see how we’re going to find the money to pay for these elective abortions.”

Initial arguments were heard in the Seventh Judicial Circuit Court Dec. 6 at the Sangamon County Courthouse in Springfield. When Breen asked when the state planned to implement HB40, attorneys representing the state replied they were not prepared to answer the question.

Associate Judge Jennifer Ascher set the next hearing for Dec. 28. If the state does not intend to implement HB40 on Jan. 1, the Dec. 28 hearing will most likely be rescheduled due to the holidays.

“Based on numbers from the Health and Family Services Department, it costs $750-1,000 per abortion, [and] you’re looking at between 20-30,000 abortions [being performed],” said Breen, who is also a state representative (R-Lombard). Were HB40 implemented, the total cost would be $15-30 million, he said—from funds not reimbursed by federal Medicaid.

“Regardless of your feelings about abortion, it is incredibly fiscally irresponsible to enact a law designed to spend millions of dollars that Illinois does not have,” Breen said in a press release about the suit.

After the initial hearing, he was asked about the religious liberty implications of HB40. “This lawsuit is very specifically about public funds,” Breen said. “We don’t have moral argument in court. We’re just looking at the misuse of public funds.”

Rauner’s approval of the bill angered some lawmakers in his own party. State Rep. Jeanne Ives (R-Wheaton) is working to get on the Republican primary ballot against Rauner in March.

“He lied to us,” Ives said in an Associated Press article last month. “None of us trust him anymore.”

If implemented, HB40 also would amend the Illinois Abortion Law of 1975 to remove language declaring that an unborn child is a human being from the time of conception, and would allow Illinois to continue to perform abortions should the U.S. Supreme Court overturn Roe vs. Wade.

In November, messengers to the IBSA Annual Meeting passed a resolution calling for the repeal of HB40, pledging support for “the rights of the unborn,” and claiming, “all human life is God-given and sacred, and should be protected by moral and righteous government.”