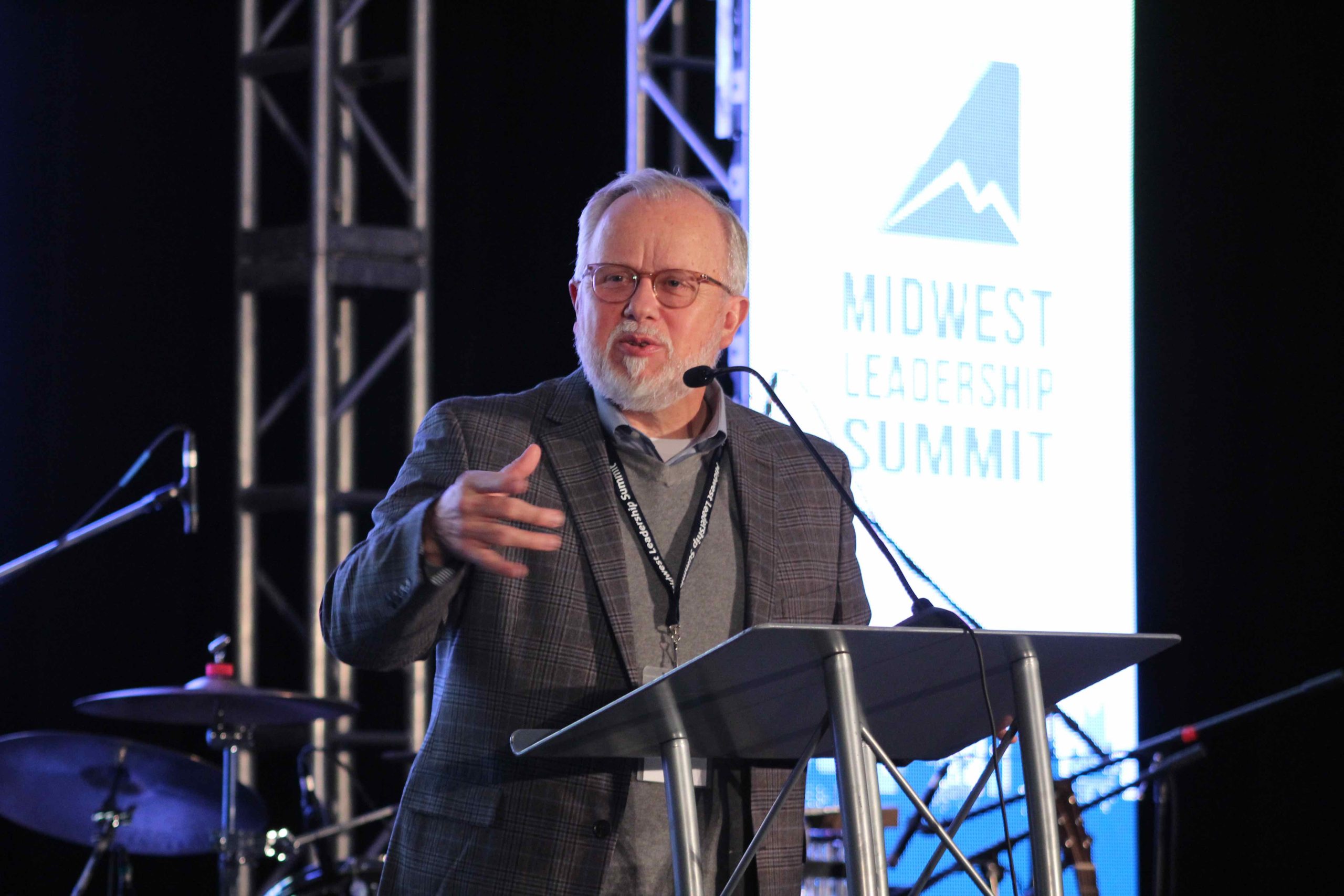 Southern Baptist Convention President Ed Litton has his eyes on Anaheim and his mind on racial reconciliation. The southern California city is best known as the home of Disneyland, but it will also be the site of the SBC Annual Meeting June 12-15, 2022.

Litton is planning to address what he called “the stains” on Southern Baptist life, briefly naming race and sex abuse in his talks with church leaders attending the Midwest Leadership Summit in Springfield in January.

“My hope is for Southern Baptists to discover the power of crying out to God,” he said. “Even with ‘our stains,’ past stains and abuse—God is moving through Southern Baptists to address these stains. Let’s make sure first to deal with the source of the stain,” Litton urged in the opening plenary session at the Crowne Plaza Hotel and Convention Center.

In another, smaller session, Litton said he is planning to roll out a strategy for racial reconciliation. And he is working with Dallas pastor and popular radio preacher Tony Evans on a plan that churches can use. “It always helps to have steps to follow,” he said.

Litton referenced a book called “Removing the Stain from Southern Baptists.” “We better deal with the cause of the stain before we deal with anything else,” Litton said.He pointed out that of the 300,000 SBC members at its 1845 founding, one-third were enslaved people.

Litton is pastor of Redemption Church in suburban Mobile, Alabama. Mobile was the landing site of the last slave ship arriving in America in 1860. The Clotilda dropped 110 or more people for sale in the slave market before it was sailed up the Mobile River, scuttled, and burned.

Litton joined pastors in three cities to craft the “Deep South Joint Statement on the Gospel, Racial Reconciliation, and Justice” to encourage biblical reconciliation. “The reality is we have a steep history,” Litton told Baptist Press at the time the statement was released in October 2020. “We have a deep and painful scarred past, and we’re saying in spite of that, we believe God can heal us.”

A year later, Litton’s church hosted a conference called “Shrink the Divide,” organized by a multi-denominational group of pastors seeking reconciliation in Mobile.

“I’ll tell you what’s hurting us today. Nobody in the Southern Baptist Convention, nobody in my church, and probably nobody in your church would ever want to be called a bigot,” Litton said, “but indifference is killing us.”

In comments to Baptist Press, Litton said Southern Baptists have made tremendous progress toward racial reconciliation in the past 25 years, but he said work remains. The election of Pastor Fred Luter of New Orleans as the first African American SBC President is one example. Litton has consulted with Luter on the issue of racial reconciliation.

Another issue ahead of the Anaheim meeting is whether Litton will run opposed for a second term. It is customary for SBC presidents to serve two one-year terms, and often they run alone in the second-year election. Litton prevailed in a four-man race in 2021 that saw Southern Seminary president Al Mohler and Northwest Baptist Convention Executive Director Randy Adams eliminated in the first balloting.

Litton was elected president in a runoff with Georgia pastor Mike Stone, a leader in the Conservative Baptist Network. The group was created in protest of Baptists’ current direction on social justice and other issues, and some members had referred to the meeting in Nashville as an opportunity to “take the ship.” The vote was close—52.04% for Litton and 47.81% for Stone.

The 2021 convention in Nashville, Tennessee, drew 15,726 registered messengers, the highest messenger total since 1995, with more than 21,000 in total attendance. Meetings held outside southern states don’t often draw large crowds, so the 2022 convention in California may be considerably smaller. Another factor is whether another candidate will declare his intentions to run against Litton. Such announcements often happen in February or March. “Off-year elections” don’t often generate crowds either.

While in Springfield, Litton saluted Summit organizers for the unique regional event that brings together leaders from twelve Midwest states. “You’re a testimony to the nation,” Litton said. “If all our regions would be so united together to perfect our skills and each other, that would be amazing.”

He also praised midwestern Disaster Relief volunteers, citing the example of Michigan teams he met working in Colorado after wildfires. “At our best, we are brothers and sisters in Christ, working together to spread the gospel,” Litton said.