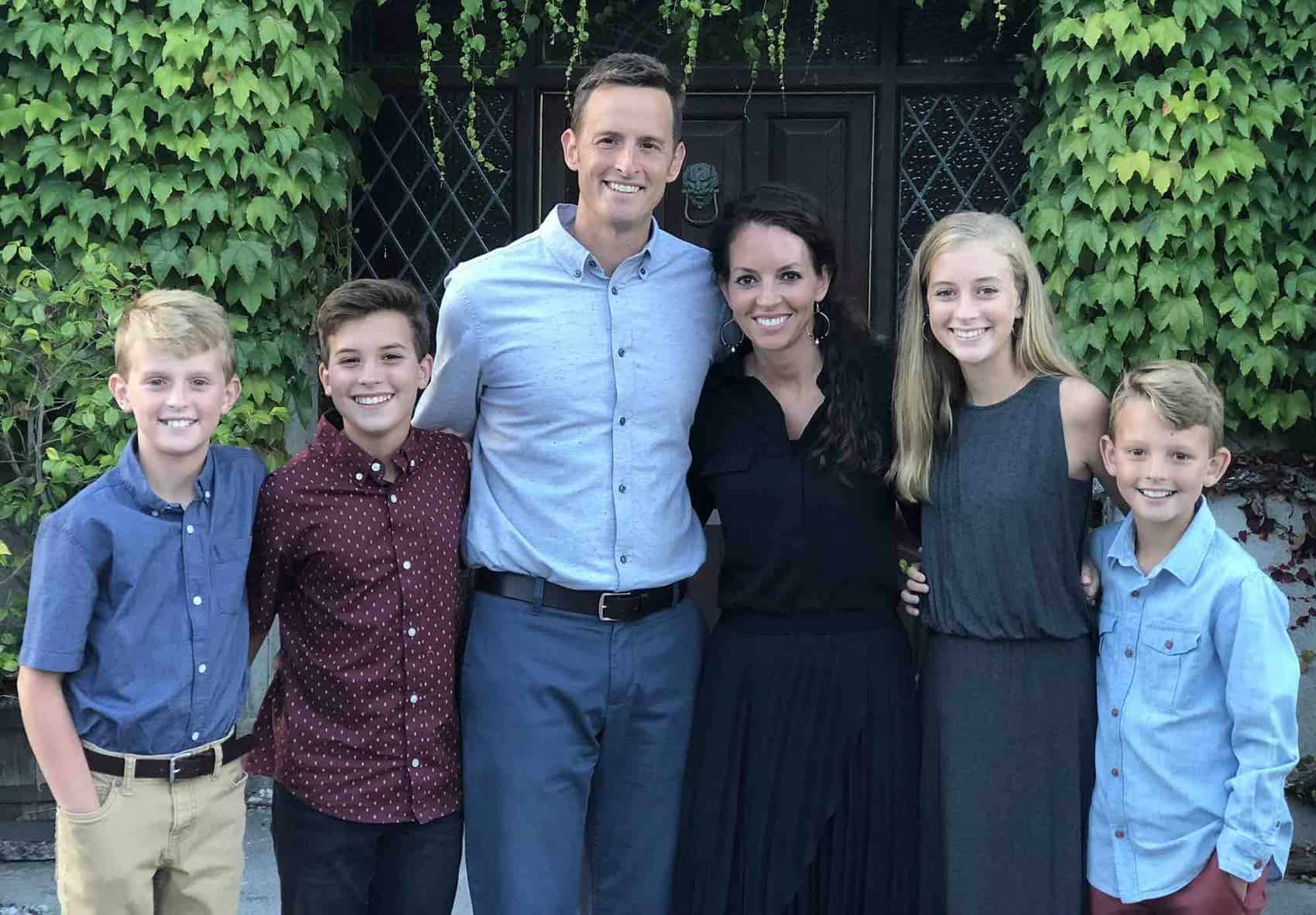 The new president of LifeWay Christian Resources is a native of Illinois. Ben Mandrell (pictured above with his family) was elected June 28 to lead the 128-year-old publishing house. Mandrell, who currently pastors a church in the Denver area, grew up in Tampico in northwestern Illinois.

“One of the reasons I believe God has raised me up for this season at LifeWay is because I have spent the lion’s share of my life outside the South,” Mandrell told the Illinois Baptist in an exclusive interview. “While I married a beautiful Southern gal, and my first pastorate was in Tennessee, I am not a very southern Southern Baptist. I believe this gives me fresh eyes and a unique perspective.”

“What an incredible leader and future for LifeWay,” Rainer said of Mandrell’s nomination. “God has raised up the right man for the right leadership at the right time.”

Earlier this year, LifeWay announced the closure of all 170 of its retail stores across the country due to decreased profitability. The entity has committed to focus more on digital platforms and resources, and has promised LifeWay resources will still be available for purchase online.

In comments to the IB, Mandrell noted the need for more diversity in resources for different regions of the country.

“I truly believe that LifeWay has to begin looking hard at the various regions of the country and start asking the question, ‘What resources would work here? How could current resources be adapted to better fit the people who live here?’

“Being a church planter in Denver, I have seen the huge disconnect between the SBC and the Midwest, West, and Northeast. I’m looking forward to being a change agent, and believe God has given me the vision to do this. It’s going to take time and a lot of work, but my wife, Lynley, and I are both ready for it.”

‘God is a calling God’
Mandrell planted Storyline Fellowship in Arvada, Co., in 2014 in partnership with the North American Mission Board and First Baptist Church, Orlando, Fla. The church launched in February 2015 with 250 people and has grown to 1,600 in weekly attendance, with over 2,800 this past Easter.

Two days after his nomination was announced, Mandrell preached an emotional message at his church. When considering the decision to leave his church and relocate his family to Nashville, the pastor said he had “a wrestling match with God like I have never experienced before.”

“All through Scripture, we learn that God is a calling God,” he said in his sermon. “He dials our number and we have to answer. We have to take his calls.”

Mandrell is a graduate of Anderson (Ind.) University, and also holds a master of divinity degree from Southern Baptist Theological Seminary in Louisville, Ky., and a doctor of ministry degree from Union University. Before planting Storyline Fellowship, he served as senior pastor of Englewood Baptist Church in Jackson, Tenn., from 2006-2013, leading the church to grow from 1,800 to 2,600 in weekly attendance. Before becoming senior pastor, he served as the church’s college pastor and as director of discipleship ministries at Union University in Jackson.

He previously was on staff with Ouachita Baptist University in Arkadelphia, Ark., K-Life Ministries of Orlando, Fla., and Sterling Christian School in Sterling, Ill.

Lynley Mandrell, a native of Jonesboro, Ark., and graduate of the University of Central Arkansas, currently serves as the director of Storyline Fellowship’s Kids Ministry. The Mandrells have four children.

It was in Tampico where Mandrell first heard the gospel, when a woman in town held a birthday party for Jesus in her home and invited him to join the group. “My heart was ‘strangely warmed’ that day when I was just seven years old,” Mandrell said, referencing John Wesley’s famous quote about his own salvation, “and God put in my heart an insatiable desire for Scripture at that moment. I began reading a page of the Bible before going to bed, and in that little corner of Illinois, my passion to serve God was stirred.”

His family began attending an independent Baptist church in Tampico. Mandrell listened to Moody Radio broadcasts and began to dream of doing something special for God, he said. “I never, in my wildest dreams, thought that I would one day be invited to serve in such a special role as leading LifeWay. I’m so grateful and humbled by this unforeseen open door.”

Charles Lyons resigned as pastor of Armitage Baptist Church in Chicago following what church leaders called a “corrective leave of absence” that began in October 2018.  END_OF_DOCUMENT_TOKEN_TO_BE_REPLACED