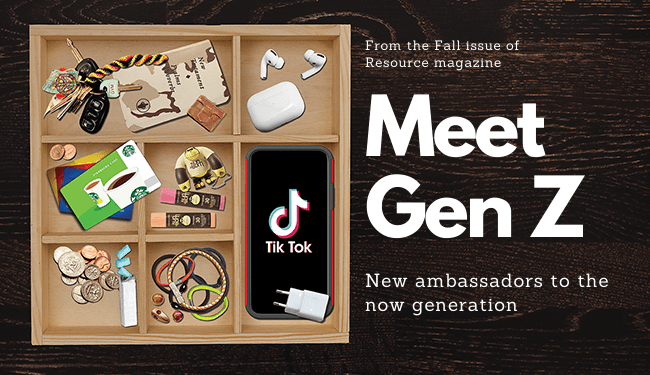 The world’s largest generation is diverse, mobile, and largely non-Christian. Generation Z, generally identified as people born between 1996 and 2010, is more than 90 million strong. Its sheer size would make it a missions force to be reckoned with, if Gen Z-ers were compelled by the Holy Spirit to give their lives for the sake of the gospel.

That’s why it’s vitally important the church today reach and disciple Gen Z. But it’s not an easy task, said George Siler. He manages the student mobilization team of the International Mission Board, the Southern Baptist missions agency charged with taking the gospel all over the world. At the 2020 Midwest Leadership Summit, Siler gave church leaders an overview of Gen Z, and urged them to take responsibility for sending them out as the next generation of missionaries.

First, though, churches need to get to know Gen Z. Barna Research’s comprehensive 2018 study is focused on the generation’s spiritual condition and view of morality. Their research found 24% of Gen Z-ers say what is morally right and wrong changes over time based on society. Among Barna’s other findings about Gen Z:

Barna’s summation of Gen Z morality is fascinating: “To Gen Z, the right beliefs are the ones that don’t hurt anybody.” They’re generally opposed to challenging other people’s beliefs, the researchers report, “likely driven by a desire to avoid offense or to acknowledge the value of other perspectives.” As Siler put it, they view religion as a private matter.

When measuring the views of Christian Gen Z-ers, though, Barna’s findings are more optimistic. That group is much less likely to equate how true their beliefs are with how palatable they are to others. And a separate study of both Gen Z and Millennials (ranging in age from 18 to 35) found 54% of Christians in those age groups attend church at least once a month, while 33% are there at least once a week.

Also, Barna found, engaged Christian teenagers are more likely that any other faith segment to say they can share their questions, struggles, and doubts with their parents. Encouraging news, since Gen Z lives in what Siler calls a “world of insecurity.”

“So much of who they are is wrapped up in their online identity,” he acknowledged. They’re tech-dependent, over-scheduled, and prone to push themselves toward career success, which Gen Z identifies as a top priority.

Siler said Gen Z-ers are entrepeneurial and like to be self-taught—qualities that more experienced leaders can leverage as they disciple them. Focus on relationships, he encourages churches, and tap into their motivation. Engage them personally with a vision, skills, and experiences they will need for an urgent mission: taking the gospel to their peers.

As the world’s first “digital natives,” Gen Z has never lacked for information and connection. But Barna found they also struggle to find personal connections. Almost one-quarter acknowledges feelings of loneliness and isolation. Studies have found Gen Z is more likely than previous generations of teens to suffer from depression.

Relationships are key in reaching and discipling Gen Z, said Jimmy Hammond, family pastor at Living Faith Baptist Church in Sherman, Ill. “I think each generation has gotten progressively more distracted from that core understanding of the gospel and how it applies to my life and everyday life, and then how to share that with other people more effectively,” Hammond said.

Gen Z is less spiritually moored than their parents, and even Gen Z Christians may not have as clear an idea of what it really means to follow Jesus. That doesn’t mean churches should abandon programming aimed at Gen Z, Hammond said, but programming should be more intentionally relational.

“True discipleship happens in the context of relationships. Relationships matter most,” he said. “Whatever we do, we’ve got to get back to building those core fundamental relationships, with the intention of walking together in our relationship with Christ.”

Building those relationships, though, may look different than it did a generation ago. Barna found 74% of engaged Christian parents say their teens attend youth group at least once a month, and 65% say they’re there at least weekly. But among youth group strengths cited by parents, “providing a place for teens to ask serious questions about the Bible or foundational Christian beliefs” fell at the bottom of the list, behind providing a place for teens to worship together and develop positive relationships with each other.

Barna found youth leaders are feeling the tension between reaching unchurched teens, and helping Christian students grow in Christ. They also say parents’ lack of faith engagement is a key struggle as they try to help students grow closer to Christ.

Siler says one key to discipling Gen Z is equipping parents. Barna’s research echoes this, while acknowledging that reaching and discipling parents themselves may need to happen first.

A large share of Gen Z is now in college, making the nation’s campuses a strategic mission field for local churches. “College students still think they can change the world,” said Chase Abner, a church planting catalyst in Iowa and former campus minister in Illinois.

Many students are at the beginning of what one sociologist has called “the defining decade.” Young people in their 20s want to make something of their lives, Abner said. They’re hungry for inspiration, and they’re making decisions that will most likely determine the trajectory of their lives.

At the 2020 Midwest Leadership Summit, Abner joined with fellow college ministry leaders Chris Cook and Bryan Wiles to encourage every church play a role in reaching college students with the gospel. If even 3% of college students heard and responded to the gospel, Abner said, imagine what God could do.

This article first appeared in the Fall 2020 issue of Resource Magazine. Read the e-version of the magazine at Resource.IBSA.org.  To subscribe to the print version, e-mail Communications@IBSA.org