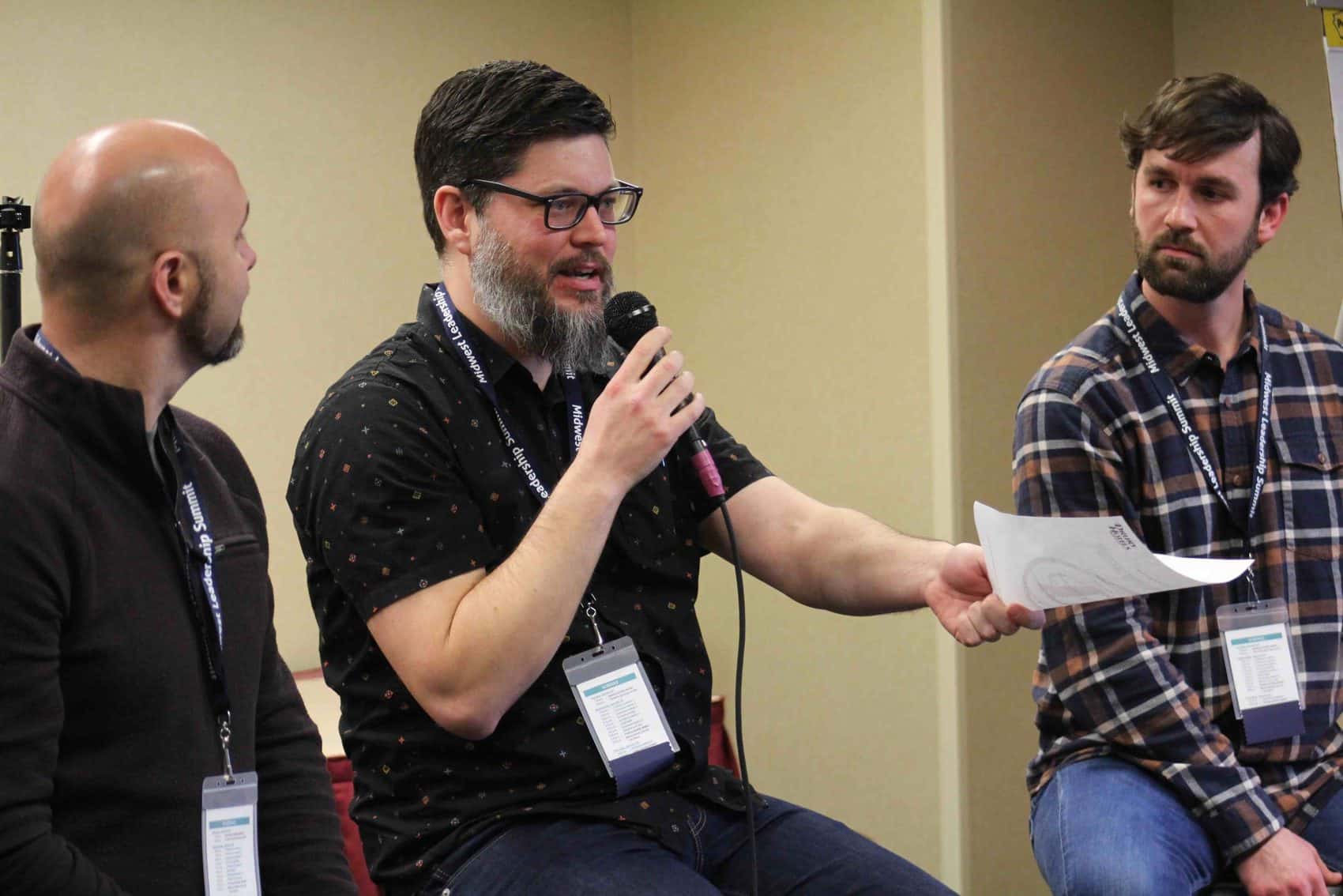 “College students still think they can change the world.”

That’s part of what makes campuses such strategic mission fields, collegiate ministry leaders said at the Midwest Leadership Summit in Springfield Jan. 21-23. Many students are at the beginning of what one sociologist has called “the defining decade.” Young people in their 20s want to make something of their lives, said Chase Abner, a church planting catalyst in Iowa. They’re hungry for inspiration, and making decisions that will most likely determine the trajectory of their lives.

Abner joined with fellow college ministry leaders Chris Cook and Bryan Wiles to encourage every church to play a role in reaching college students with the gospel. If even 3% of college students heard and responded to the gospel, Abner said, imagine what God could do.

Most current students are part of the generation known as Gen Z, which is in its own right a unique mission field. George Siler manages the student mobilization team of the International Mission Board. In Springfield, he gave church leaders an overview of what has become the largest generation ever.

More than half the planet is under the age of 30, Siler said. Gen Z, generally identified as people born after 1996, is mobile, entrepreneurial, and diverse. One-quarter of Gen Z-ers are non-white, Siler said, which means the generation doesn’t even think about diversity, unless it’s lacking.

They love to multi-task, and success in work is one of their top priorities. Spiritually speaking, the majority of them are non-Christians. They don’t know the Bible like previous generations did, and they see religion as a private matter.

Discipleship must be a top priority when it comes to Gen Z, Siler said. He encouraged church leaders to leverage the generation’s desire to be entrepeneurs and self-taught, and to emphasize relationships. That also applies to sending out Christian Gen Z-ers as missionaries, he said. Tap into their motivation, and engage them personally with a vision, skills, and experiences they will need for an urgent mission: taking the gospel to their peers.

See more from the Midwest Leadership Summit at mwadvance.org.