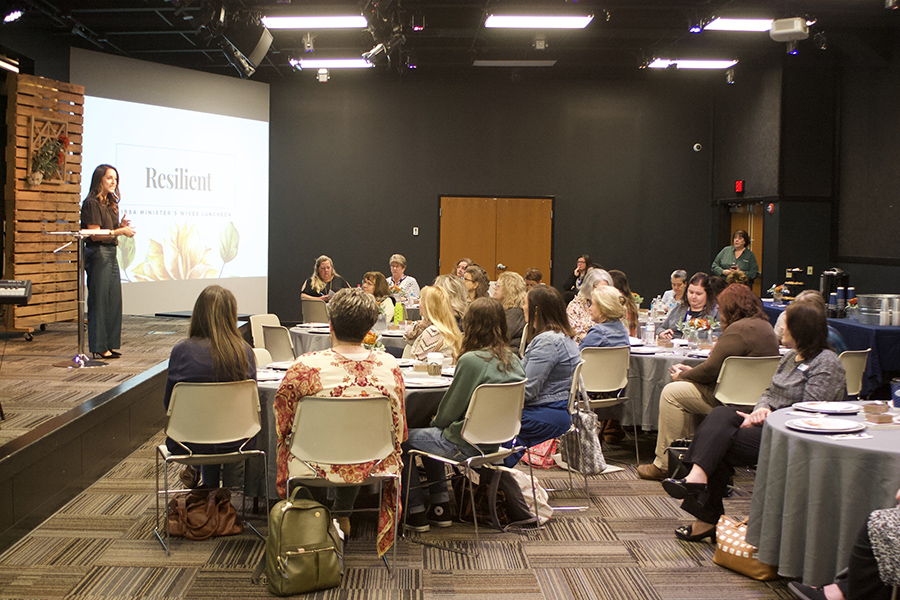 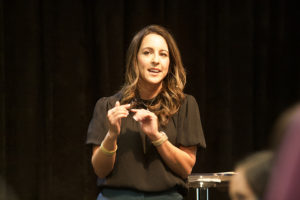 Jacki King opened her message on resilience by defining what it isn’t.

“When we think resilience, we don’t need to be thinking we’re just going to barrel through, pull up our bootstraps, and make it through,” King told IBSA ministers’ wives meeting at Metro Community Church. “Instead, it really is leaning in, letting go, and trusting God.”

King, a women’s ministry leader and pastor’s wife from Arkansas, encouraged women during the annual IBSA Ministers’ Wives luncheon. Teaching from the life of Elijah, she noted the prophet had seen God work in amazing ways. He’d been fed by ravens. He had called down fire from heaven, and seen God deliver.

Yet, in 1 Kings 19, Elijah is faced with the devastation of things not working out like he thought they would. Instead of God’s great miracles resulting in Jezebel turning from her wickedness, she doubles down and vows to kill Elijah. And Elijah runs. It’s a reaction most people in ministry can sympathize with, King said.

“Hold on God, I thought we were on the same plan,” she said. “I thought we’d do all these things—a, b, c, and d—and then the outcome is e.” When the outcome isn’t what we expect, she said, it’s isolating. King cited a recent statistic that more than half of pastors have considered quitting full-time ministry. Two in five, she said, have felt lonely or isolated. 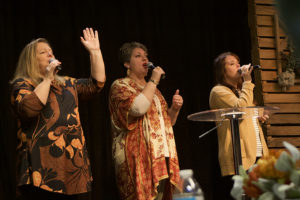 Before the pandemic, ministry was hard, King said. Leaders were living with pressure and pain. “And then Covid came and it made it that much harder and that much deeper and that much more painful to walk through.” The way through for us, she said, is the same as it was for Elijah: lean in, and listen to the tender voice of God. As Elijah stood on a mountain, he felt the rush of a great wind, the rumbling of an earthquake, and the heat of fire. But God wasn’t there. Instead, he was in the gentle whisper afterward.

“Sisters, I know it is heavy. I know it is deeply painful. I know,” King said. “And so I’m asking you to sit with your Father who loves you and desperately wants to whisper sweet truth into your ear.

“And after that, get up marred, scarred, and a little bit limpy. But take the gospel, because the gospel does not end.”