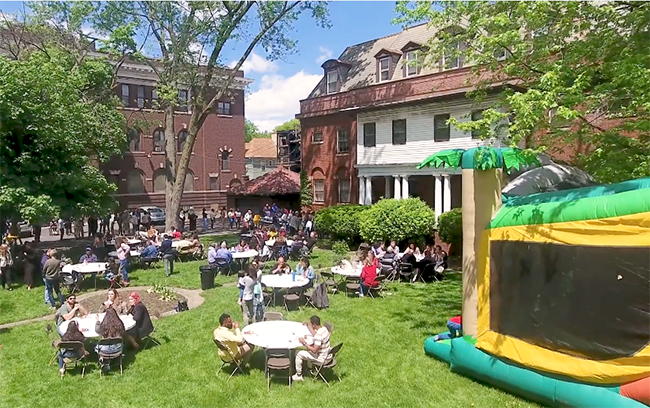 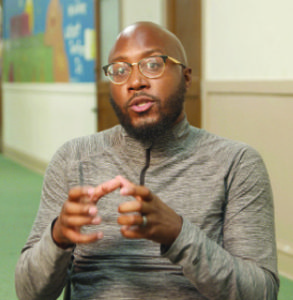 John Kelly is a lot like his western Chicago neighborhood of Austin—there is more to the story than first impressions.

Kelly is soft-spoken leader with a laid-back attitude. The lead pastor of Chicago West Bible Church speaks easily with the diverse range of people who make up the thriving congregation. Young, old, black, white, Latino, Asian, families and singles. “He has the most tender heart of almost anyone I’ve met. And compassionate—he just loves Jesus,” said John Yi, IBSA Church Planting Catalyst.

That trouble landed him in prison at 19. “I went with a group of friends to rob one of the drug dealers in the neighborhood. And one of my friends shot and killed him.” Feeling hopeless in a county jail cell, he received a Bible from a Christian guard. His life would forever change. “I began reading the Word and I haven’t been the same since. I gave my life to Christ right there in the prison cell.”

After pleading guilty to third-degree murder, Kelly spent the next six years in prison. Released from prison, newly married, and pursuing God’s calling, he moved back to Chicago in 2011 to attend Moody Bible Institute. In his mind, Chicago was just a stop on the journey. “I never wanted to stay in Chicago,” Kelly said. “For me, it represented pain. It was where I was born. It was like going back to Egypt.”

But God had other plans.

In 2016, with the help of IBSA and the North American Mission Board, Kelly and his friend Kent Steiner planted Chicago West Bible Church. Through connections with urban ministries, local schools, and the police department, God immediately opened doors in the neighborhood.

The doors of ministry in Austin haven’t closed. They’re reaching people and bringing peace to their community. “In a time where our country’s so divided, we have law enforcement, church, white, black, Republican, Democrat, old, young, working together.”

And while the church’s focus is on being a missionary to Austin, they’re invested in seeing the gospel thrive in Illinois. “There’s a beauty of local missions together, in the same network, and the same association that’s beautiful and rich. We all cheer for one another because we’re on the same team.”